According to Miami Springs Police, a Miami Springs resident named Bennett Williams was arrested on Tuesday, October 12, 2021, for allegedly fleeing and eluding police and reckless driving.

According to Police, Miami Springs Motormen (sometimes colloquially referred to as “Bike Cops”) were working traffic enforcement at North Royal Poinciana Boulevard and Meadowlark Avenue.  That’s where Police reported a vehicle caught on radar doing 70 MPH.  As you know the speed limit in all of Miami Springs is 30 MPH or less with the exception of NW 36th Street and the annexed areas of the Anthony Abraham tract. 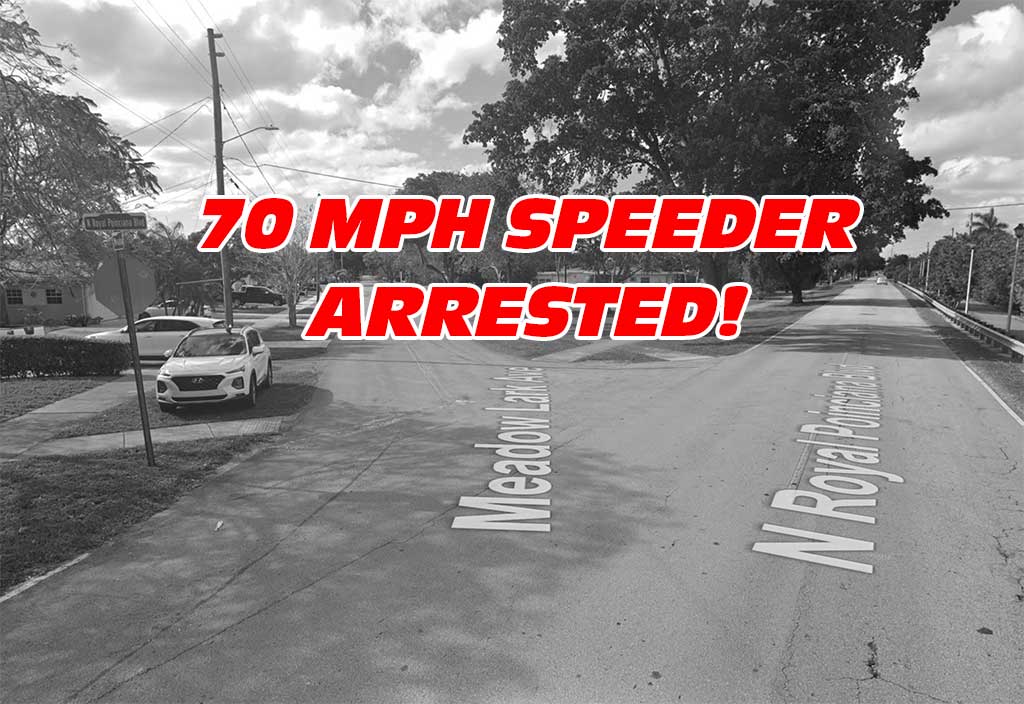 Police report that a Motorman stepped onto the road to pull the speeding vehicle over.  Unfortunately, MSPD says that the “driver recklessly and abruptly turned onto Meadowlark Avenue while still traveling at a high rate of speed.”   According to the Police, the driver showed “no regard for anyone who may have been on the roadway.”  Think about it.  There could have been a cyclist or pedestrian walking their dog at the time of the incident.  And if there were ducks crossing they would have been massacred.

According to Miami Springs Police, the driver continued along Meadowlark Avenue, while two Police officers gave chase, until the driver reached his home.  That’s where Police say the man immediately got out of the vehicle and ran into his home before the Police could stop him.

Subsequently, the converging officers were able to reach the driver, identified as 21 year old Bennett Alexander Williams, via telephone.  After Police reached Bennet over the phone, he came out of the home and into Miami Springs Police custody.

Williams was charged with:

Miami Springs…At the Heart of it All!