The City of Miami Springs commemorated the 20th anniversary of the September 11th attacks on the United States with a special ceremony outside the Miami Springs Police Station and the Miami-Dade Fire Station #35. The ceremony was emceed by Miami Springs City Councilman Bob Best. Blessed Trinity’s Father Matias opened up with a special prayer for those who gave their lives and the loved ones that were left behind. Councilman Walter Fajet, Councilwoman Jacky Bravo, and Councilman Victor Vazquez all spoke. Councilman Vazquez gave a heartfelt tribute to a friend he knew who lost his life at the Twin Towers that day.

Miami Springs Police Chief Armando Guzman then reflected on several of the first responders and even regular individuals that rushed into the burning buildings as most were trying to get out of the buildings. Chief Guzman honored one of the Medley Police Officers who also served 20 years with the NYPD, Danny Cisar. He thanked his follow first responders that were present including the members of Miami-Dade Fire Station #35 and the Medley Police Department. The Chief took us back to the day of the attacks and the emotions that hit us all including sadness and anger during the day of the attack. But also the sense of unity and patriotism that enveloped the country immediately after the attacks.

Chief Guzman also spoke of former Marines who put on their gear and ran to the Towers to help rescue people. He spoke of the man with the red bandana who worked at the Towers and saved many people, but gave his life to save others.

It was a somber, yet beautiful ceremony. And it reminds us all of the sacrifices are first responders are willing to make to help others.

We’d like to thank City Manager William Alonso, Omar Luna and his Parks and Rec Team, Bob Best for the great work as emcee, and especially all our first responders for putting together a meaningful tribute commemorating the 20th anniversary of the most horrible attack on U.S. soil since Pearl Harbor.

May God Bless You All and May Godl Bless America!

Watch video from the ceremony below:

More photos from the September 11 Ceremony at the Miami Springs Police Station: 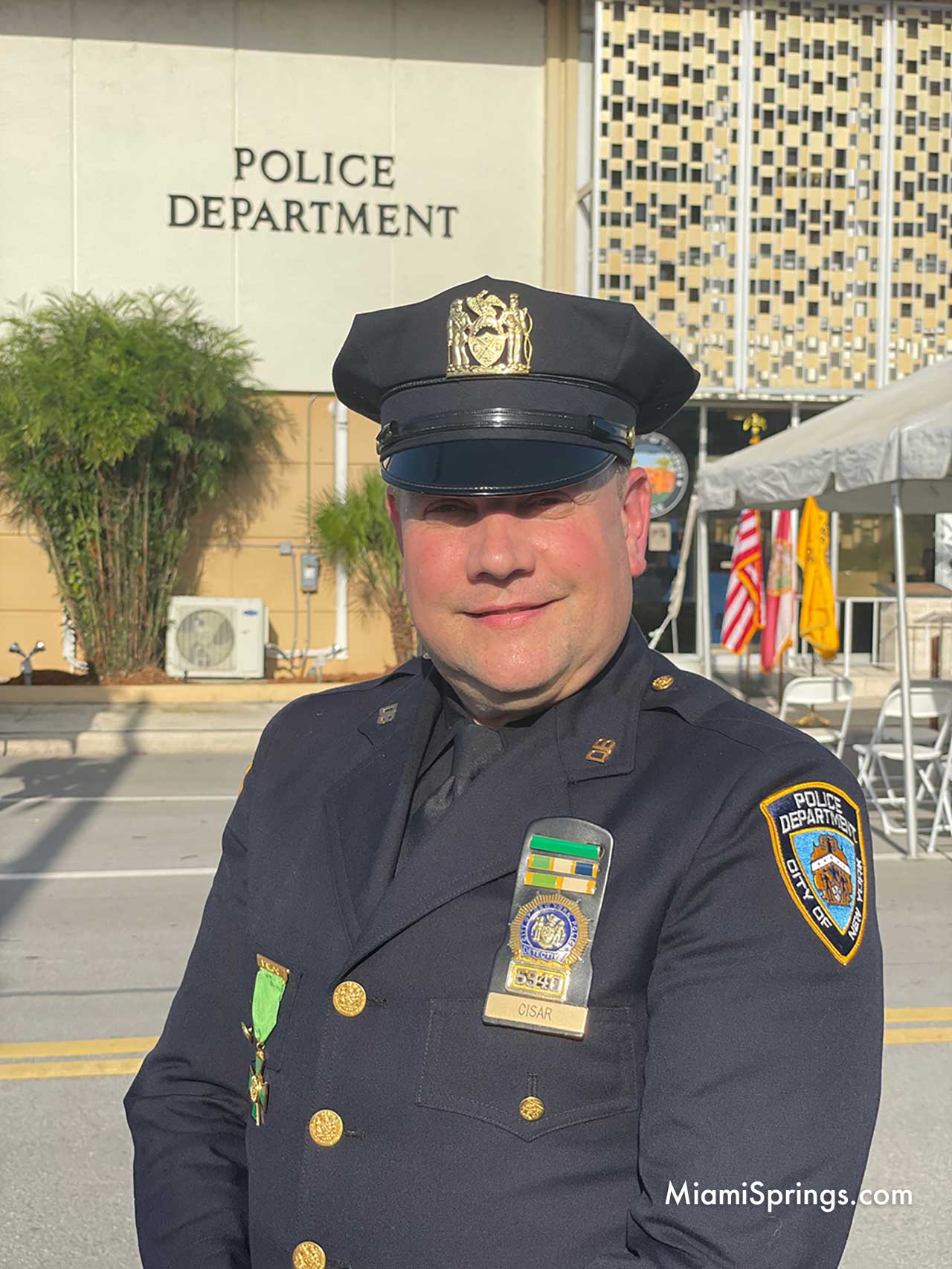 In rememberence of the 20th anniversary of September 11th, the Medley Police Department alongside the Miami Springs Police Department, honored the innocent lives lost and those lives of the brave heroes who gave the ultimate sacrifice. We will never forget. pic.twitter.com/nl0Cl26ls6

9-11 memorial in our school’s lobby. This Patriot Day take a moment to honor the 3,000+ lives lost 20 years ago! @MDCPSSocStudies #iammiamisprings pic.twitter.com/0nrmlsIxdM