Michael Finney, the CEO of the Miami-Dade Beacon Council reportedly died over the weekend from a sudden heart attack.  Michael Finney was also a board member of the Miami Springs Business and Economic Development Task Force.

Our thoughts and prayers go out to the friends and family of Michael Finney.  We’ve lost an incredible community and business leader.

In addition to serving on the Miami Springs Business and Economic Development Task Force and leading the Miami-Dade Beacon Council, Finney had just been appointed in January to the Board of Directors of the Federal Reserve Bank of Atlanta’s Miami Branch.  His appearance was youthful, healthy, and vibrant and he had so much left to give the world. 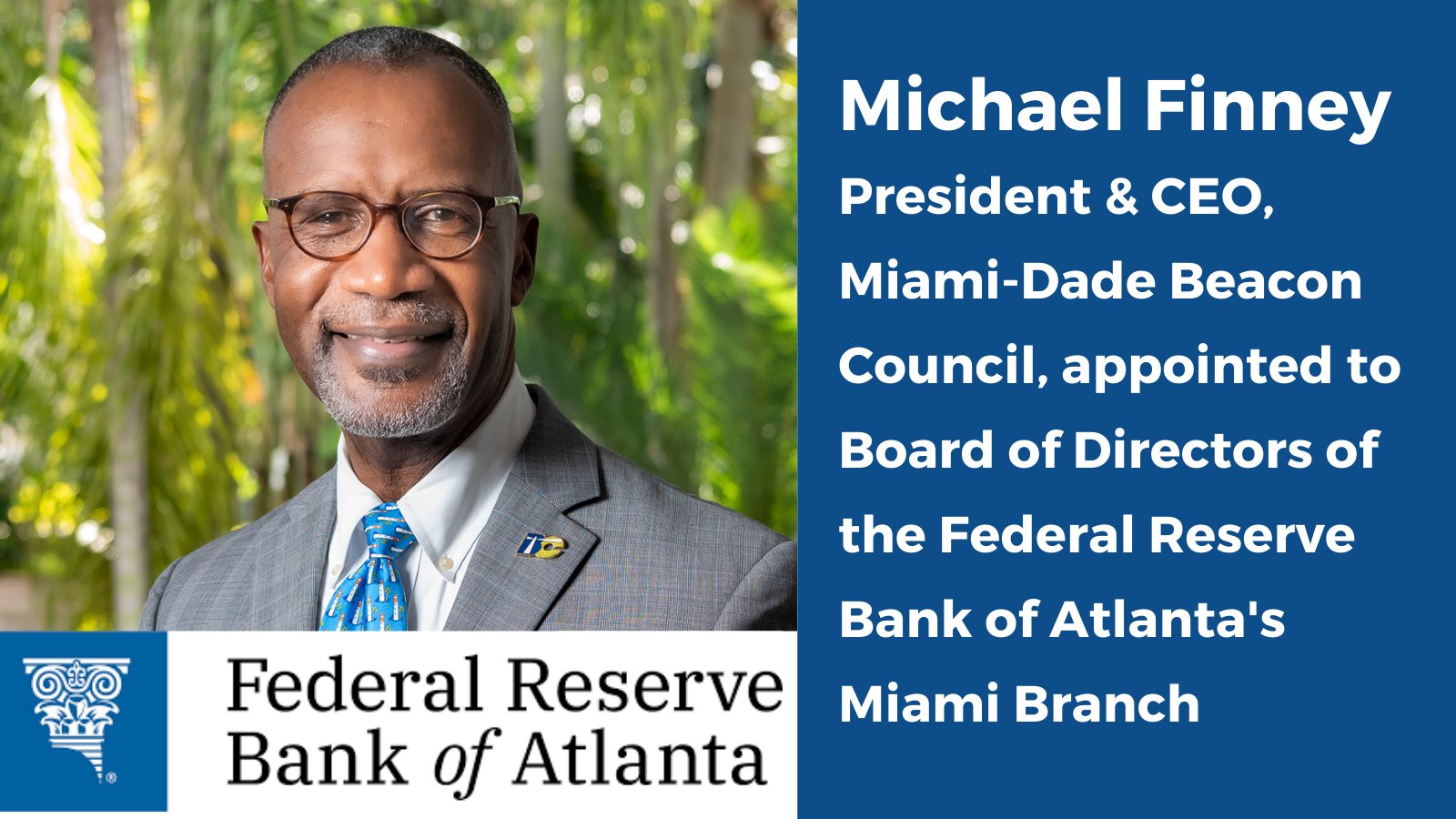 Leaders from throughout our community shared their grief and condolences online:

Miami-Dade has lost a brilliant mind and many of us lost a dear friend. Michael Finney was an eternal optimist who spent his career helping communities reach their highest potential. Rob and I extend our most sincere condolences to his family and everyone who loved him dearly. pic.twitter.com/ZfXHFgw5Dr

Truly sad to learn of the passing of Micheal A. Finney, CEO of the @beaconcouncil. My condolences to his family and loved ones. He will be missed. May he Rest In Peace. https://t.co/BFAA93waxc

From the Beacon Council:

The Miami‐Dade Beacon Council is the official economic development organization for Miami Dade County. Its mission is to increase jobs and investment through marketing Miami as a world‐class business destination, help grow local companies, and shape Miami‐Dade’s economic future. Since 1985, the non‐profit public‐private partnership has assisted more than 1,200 businesses to expand in or relocate to Miami‐Dade, creating almost 74,000 direct jobs and driving more than $6.7 billion in new capital investments.

As President and Chief Executive Officer, Mr. Finney champions the County’s efforts to market Miami‐Dade as a world‐class business destination. He collaborates with key stakeholders including Miami‐Dade County and other local governments, CareerSource South Florida, the Greater Miami Convention and Visitors Bureau, the Miami‐Dade Council of Chambers and key private sector leaders throughout the community.

Prior to his current role, Mike served Michigan Governor Rick Snyder as Senior Advisor for