Last night there was a heavy police presence again at the infamous Runway Inn.  This morning we can confirm that the Runway Inn has been temporarily shut down according to staff working the facility this morning. 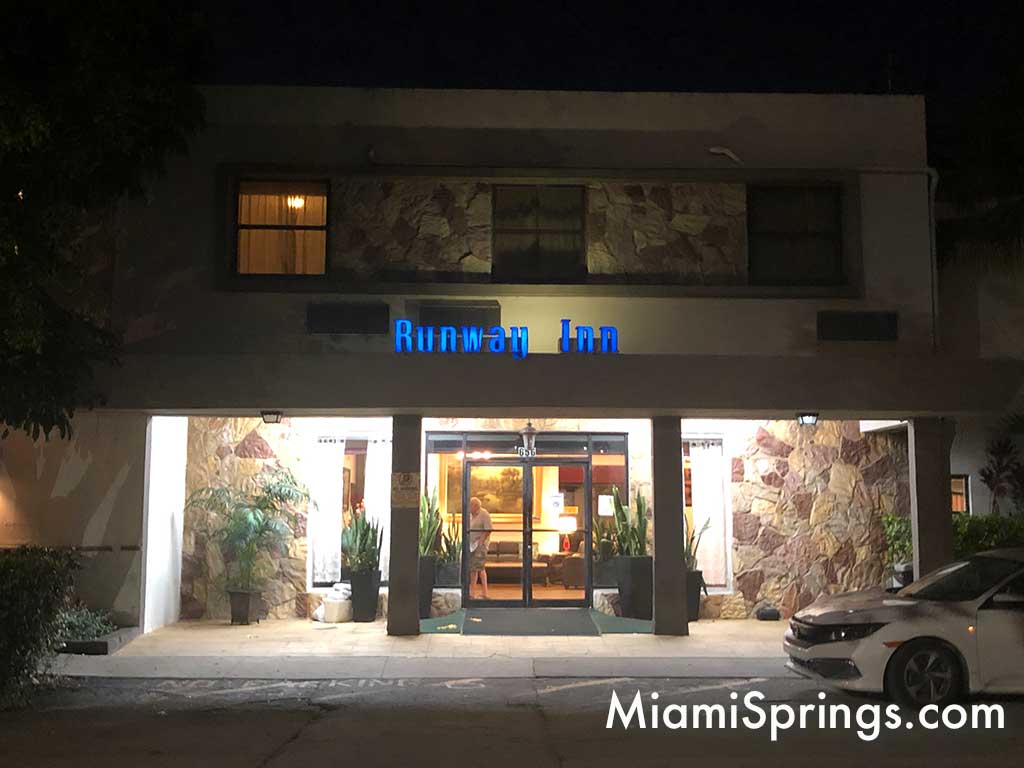 We don’t know if this shutdown is just temporary or if there’s a more permanent solution.  According to the City of Miami Springs Police Department, the Chief of Police will be holding a press conference later today at the State Attorney’s Office to discuss the recent arrests and the shutdown that occurred last night.  However, the city did issue the following release:

“The City of Miami Springs, through its City Attorneys and Police Department, has taken civil action against the Runway Inn Miami Airport Hotel, that resulted in the closure of the Runway Inn to end the nuisance caused by prolonged criminal activity occurring on the property.  That closure was effectuated yesterday evening.  These efforts follow criminal investigations and a series of arrests coordinated between the Miami Springs Police Department and the Office of the Miami-Dade State Attorney. A press conference has been called for today, September 17, 2020, at 2:45 PM to provide additional details.”

Earlier today – Runway Inn’s assistant manager Miguel Sierra tells me police “raided” them just before midnight – shutting them down “unannounced”. He also argues they do call police when they spot something suspicious but cannot know criminal intent of guest on check-in. https://t.co/ipQAWkcxoC pic.twitter.com/OjJ6v4Zqwn

Miami Springs Police raided the Runway Inn Hotel before shutting it down just days after another bust at the property https://t.co/Ko7q0aS8ur

Fact: Fair Havens is NOT on the Federal Register of...