The City of Miami Springs announced that LIME BIKES are replacing the Orange SPIN BIKES as the Bike Share company servicing Miami Springs.

Just like SPIN, you have to download the LIME BIKE app.  You scan the bike with the app to start the rental.

According to the City Manager, William Alonso:  “Once Council approves the agreement at Monday’s meeting, then we will have them start bringing in bikes. They will operate between 50-100 bikes citywide depending on usage…None of these bike share companies compensate the cities. However they assume all costs of repairs. maintenance, liability, and positioning of their bikes within the city.”

NO COMPENSATION TO THE CITY:
As indicated above, LIME will be able to operate its rental bike operation without paying the city for the use of public property despite providing LIME with exclusivity to our market.

COMPLAINTS:
Furthermore, as with SPIN, the city is expecting to get complaints from residents about improperly and/or illegally parked bicycles.  The city has drafted a minimum performance standard to resolve resident complaints to 2 hours during weekdays from 8am to 8pm (excluding holidays.) 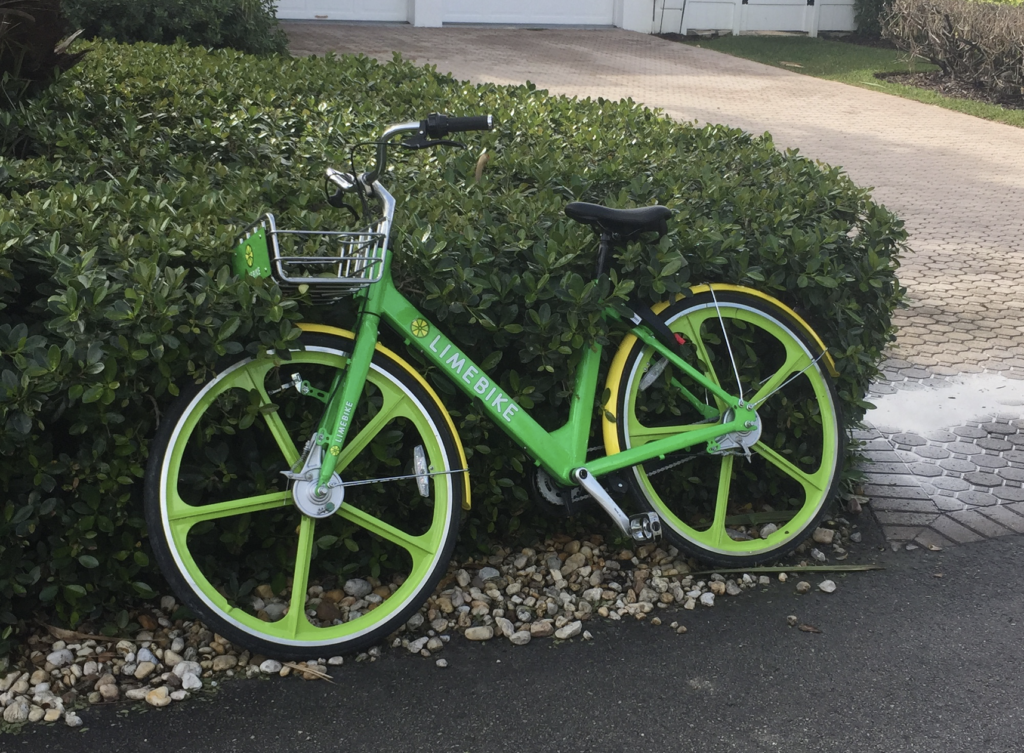 Photo above shows a LIME BIKE resting on a hedge in front of a Key Biscayne residence.