Today we’re going to delve into the sometimes-agonizing process of how to get children to eat their vegetables. We all know that to children, vegies do not taste as good as anything with High Fructose Corn Syrup unless you dip them in a mixture of sugar and honey. Warning: kale is not in the same category. It doesn’t taste good no matter how you process it, disguise it or add fat, salt and sugar.

Okay, I’ll tell you. Moringa oleifera is a plant called the drumstick tree, the miracle tree, the ben oil tree, or the horseradish tree. In other words, they don’t know what to call it. It has been used for centuries for its medicinal properties and health benefits. It’s antifungal, an antidepressant, and can be used as a floor wax. Which of these is false? It would be a steep climb to nutrition-land to tell a child, “How about some nice moringa honey?” I couldn’t print their answer. If you have never found the moringa section of the produce area you’re lucky. They keep it in a small cardboard box behind the counter and call it kale.

We tried changing the shape of the food into little animals or people like Flintstones Vitamins. Would this work for vegies?

The vegies, in their original state are not appetizing to a child so we do what we have to do. We disguise it as junk food. Kids love puffed anything! Who could work with this nutritious crossover? Robert Ehrlich, who founded Robert’s American Gourmet Food, used Brussels sprout powder (the 5th ingredient in order of amount in the product and the 7th being raw cane sugar) so he can legally call them Brussels sprout puffs.

Ehrlich started his company after seeing a bag of cheese puffs that contained no cheese, he later founded Vegan Rob’s, which produces cheese-free cheese puffs. Puff snacks are basically cornmeal and water. There’s nothing wrong with water and cornmeal is tolerable.

The U.S. Department of Health and Human Services has issued new federal guidelines for student meals.

Most startling are rules for school children which will break down minimum acceptable doses of high fructose corn syrup. “Too many nutrient-void, calorie-rich foods like sugary drinks, refined sugary grain products like cakes, cookies and pies are getting a bad rap” according to USDA spokesperson Stephanie Bilbough. “We think kids need that ‘boost’ in the morning to get them going. Let the teachers deal with the aftermath when students start ‘crashing’ at 10AM. The High fructose Corn Syrup Council (HFCSC) has informed us that sugar in any form is a vital nutrient for a healthy mind. Don’t ask your doctor!”

“I’m not going to ‘sugar coat’ this” school-teacher and dietary aide Belinda McNamara smirked. “Elementary age children should have at least a full cup of HFCS equivalent to 8 to 10 ‘fun size’ bags of Cheetos® or Cheez Doodles® before starting school. This fools the brain into thinking it has had a nutritious meal. Of course, if they’re eating the ‘puffed’ variety, they’ll need much more. 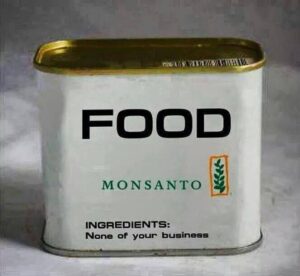 It would be cost prohibitive to test the student’s sugar levels every day. We don’t really know if the kids have been getting their HFCS unless they have orange fingers. That’s something we can easily track.

24 to 36 ounces of soda is also acceptable with Mountain Dew® being at the top of that list. You know that’s what they’ve been drinking because their eyes will dart about like neutrons in the Large Hadron Collider.

“We’re going to introduce a course on ‘creative healthy snacking’” said school board member Hank ‘Henry’ Lipshitz, “Did you know that Cheez-its® contain all the nutrients a student needs to thrive during a testing period? We’re currently experimenting with dunking the Cheez-Its in a heated Cheez Whiz mixture. This powerful cheese on cheese snack is something I’m sure originated in Wisconsin during a snow-storm when the cable went out and that’s all they had.”

The money America spends on snacks in one week could balance the budget and have enough left over to buy every man woman and child a health club membership.

Snacking is the great American pastime. Go stock up! And if you feel guilty, buy the puffed version.

Miami-Dade Schools to be Closed Tuesday

Community Clean Up: Father Shows Kids How to Clean Up...