Thanks to my #EndHumanTrafficking Task Force, @MiamiSpringsPD @MiamiBeachPD & @MiamiPD, we effectuated the successful rescue of a 14 yr old girl who was allegedly being sold into prostitution after having run away from home. A 17 yr old male has been charged w/human trafficking. pic.twitter.com/fNA3O57auS

According to a report by WSVN 7, it appears the 14 year old victim was found at the Runway Inn on NW 36th Street in Miami Springs.  (For clarity purposes, the WSVN report refers to us as Miami Shores instead of Miami Springs and called the hotel the Runaway Hotel instead of Runway Inn.) 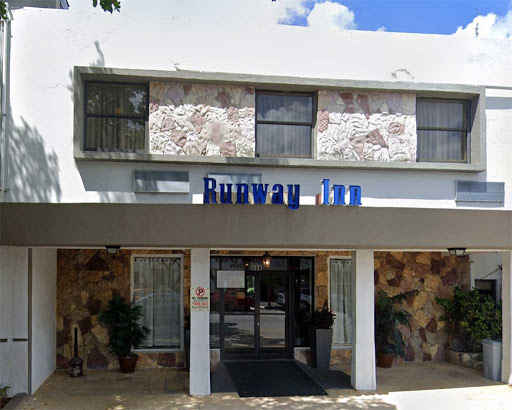 Read the full press release below:

Miami-Dade State Attorney Katherine Fernandez Rundle, Miami Springs Police Chief Armando Guzman, Miami Beach Police Chief Richard Clements and City of Miami Police Chief Jorge Colina announce the successful rescue of a 14-year-old girl who was allegedly
being sold on social media after having run away from home some weeks earlier.  As a result of this joint operation involving the Miami-Dade State Attorney Office Human Trafficking Task Force, the Miami Springs Police Department, the Miami Beach Police Department, and the City of Miami Police, seventeen (17) year-old Javier Quintero has been arrested and is being charged with:

“This situation is every parent’s worst nightmare,” said State Attorney Katherine Fernandez Rundle. “That is why the work of our Human Trafficking Task Force is so important. Children like this, our children, can be lost so easily. But I and our law enforcement partners are determined to keep that from happening. Our children’s futures are just too valuable.”

Late in the evening of August 11, 2020, Miami Springs police officers were called to the Runway Motel by a family member of a missing 14-year-old girl who had previously run away from home after a family dispute. The relative told police that they believed the girl was inside a hotel room and was being sold for sex on social media platforms by a 17-year-old male. The family member also directed officers to a specific Instagram account. The officer contacted the Miami-Dade State Attorney Office Human Trafficking Task Force and a Human Trafficking investigation commenced.

After interviewing the victim, it was learned that after leaving home, a friend, “Alexa”, introduced her to Javier Quintero. Quintero allegedly took her to motels where they engaged in a sexual relationship. Later, Quintero allegedly told her she could make $250 an hour for performing sexual acts with men in exchange for money.

The victim said that Quintero knew that she was a minor. She further indicated that Quintero setup all the sexual contacts, referring to them as “dates”, on social media platforms from his cellular telephone. Allegedly, he further provided her with instructions on how to specifically act and handle the specific sexual transaction. Allegedly, Quintero told the girl that she was to take payment at the beginning of the“date” and directed her to exit the room and give him (Quintero) all the money. He told her this was done to ensure she was not robbed. Quintero also instructed her to have the johns wear condoms at all times. The victim noted that she had up to five “dates” in one day.

The victim provided additional details of what transpired, indicating that Quintero allegedly took all the monies she received from prostituting herself and he allegedly controlled all economic aspects of their living situation. Quintero allegedly provided the hotel room, transportation, drugs, alcohol, and social media platforms for the operation. The victim also alleged that Quintero provided her with a variety of drugs including molly (mdma), cocaine, marijuana, Percocet, dxm (triple cs) and others.

Javier Quintero was located, arrested, and transported to the Juvenile Assessment Center.

Authorities have arrested a 17-year-old boy accused of sex trafficking a 14-year-old girl and selling her on social media. https://t.co/NtkbMzS6Mg

Near Freezing Temps…Wind Chills in the 20s Possible this Weekend