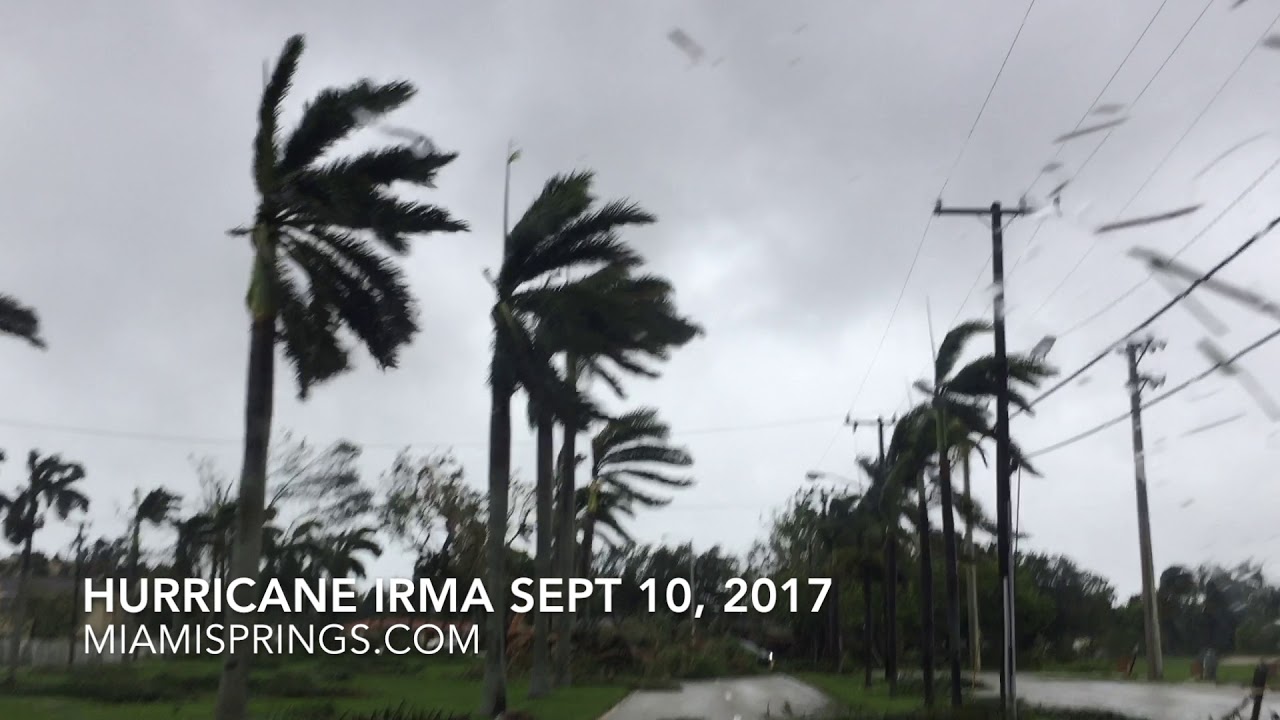 Hurricane Irma hit Miami Springs on Sunday, September 10, 2017 leaving much of Miami Springs without power and thousands of trees down throughout the city.  The storm created a huge mess that took weeks to clean up.

Despite all the damage, Miami Springs dodged a bullet.  Just 4 days earlier, Irma was a category 5 storm with peak winds of 180 mph and forecasted to hit South Florida. Irma weakened crossing over Cuba, but re-intensified back to a category 4 storm in the Florida straights.  Fortunately for us, Hurricane Irma veered west of some the earlier track models and struck the Florida Keys  with 130mph winds.

What’s the difference?  Sustained winds represent the highest average wind over a one-minute span.  Whereas a gust could be a brief increase in wind speed for a few seconds.  Hurricanes are measure by sustained wind speeds.

According to an article in the Miami Herald, “The top gust in Miami-Dade, recorded both at Miami International Airport and Key Biscayne on Sunday, was 99 mph.”  The airport is just south of Miami Springs, so it’s a pretty good guess that we saw similar 90+ mph gusts here in Miami Springs.

The video below documents damages in the streets of Miami Springs on the evening of September 10, 2017, as the winds started calming down as the storm headed north.

While the storm was closest to us on Sunday, the effects were being felt on Saturday, September 9th, 2017.  And the City of Miami Springs Public Works crews were busy before, during, and after the storm.  (Special shot out to Public Works Director, Tom Nash and the entire Public Works crew for getting the major roads cleared to pass so quickly.)

Most importantly. No one was hurt in the area due to the storm.

Power, or lack thereof, was the biggest frustration for residents during the hot and steamy September days and nights.  But the hard working crews made daily progress getting Miami Springs back up and running in just a few days.

What’s Bigger Than The National Debt? We Are!