Miami-Dade Police killed a suspect at the Extended Stay Hotel along Fairway Drive in Miami Springs this afternoon.

It all started with an armed robbery that occurred in Dania Beach in Broward County.  Apparently, the vehicle associated with the Dania Beach scored a hit on one of the Miami Springs Automated License Plate Readers.

As you might imagine, Miami-Dade Police in conjunction with Broward’s Sheriff’s office continued to investigate the people associated with the armed robbery that eventually led to the shooting. 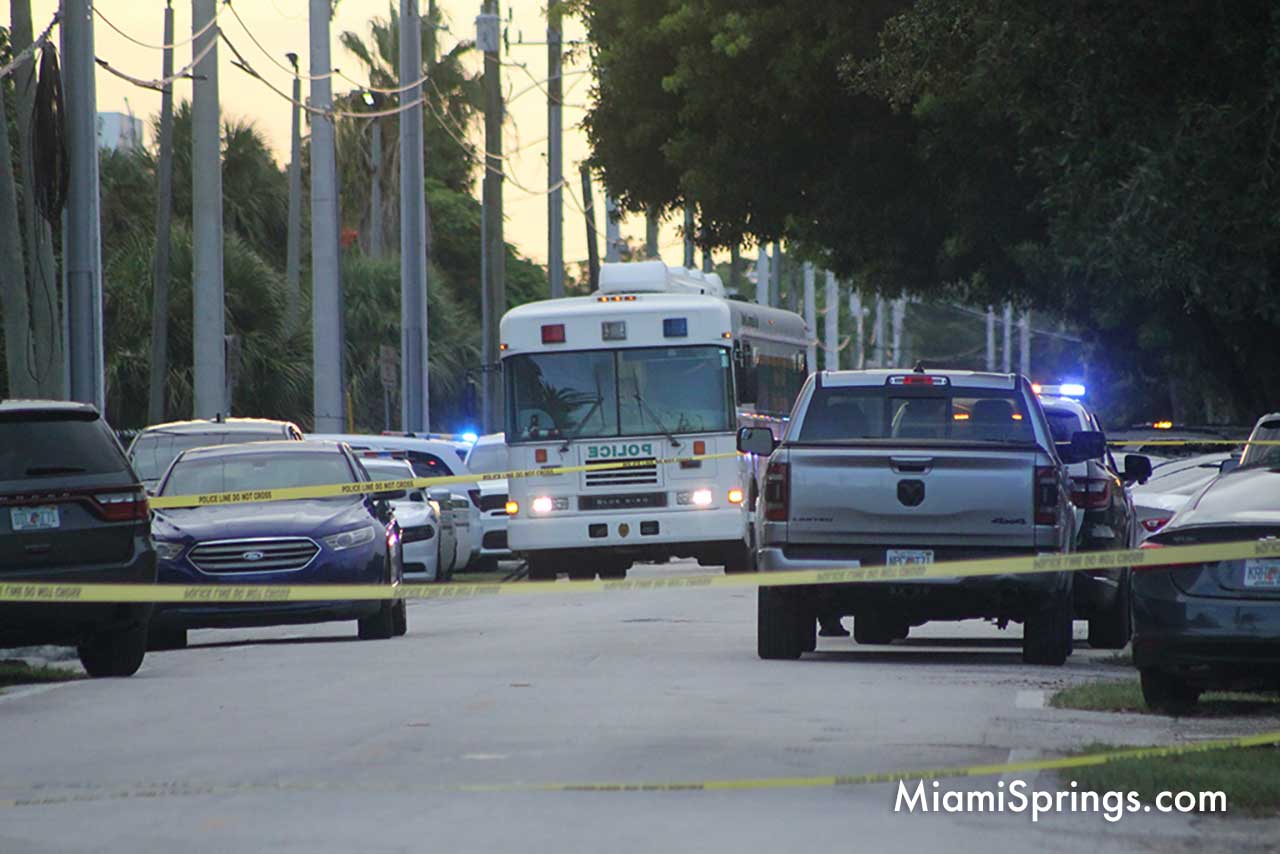 That investigation led to a search warrant to be executed at the Miami Springs Extended Stay America on Fairway Drive.  Miami-Dade Police Special Response Team executed the search warrant at the Miami Springs Hotel.  The Special Response Team allegedly confronted one of the suspects from the Dania Beach armed robbery while executing the search warrant.  Miami-Dade Police allege the suspect confronted the police armed with an AK-47 style rifle.  As a result of the confrontation, shots were fired and the suspect at the hotel is now deceased. 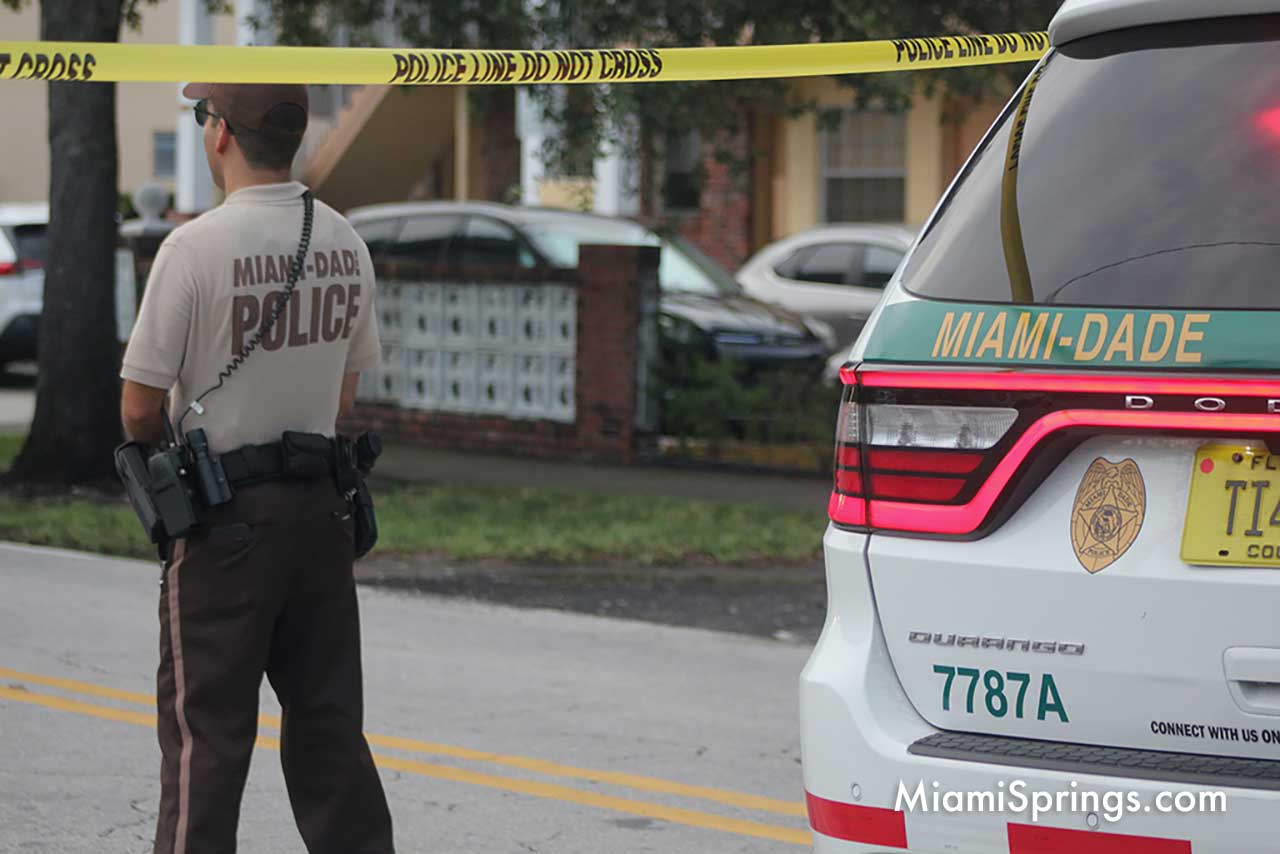 The Florida Department of Law Enforcement (FDLE) is investigating the officer involved shooting. 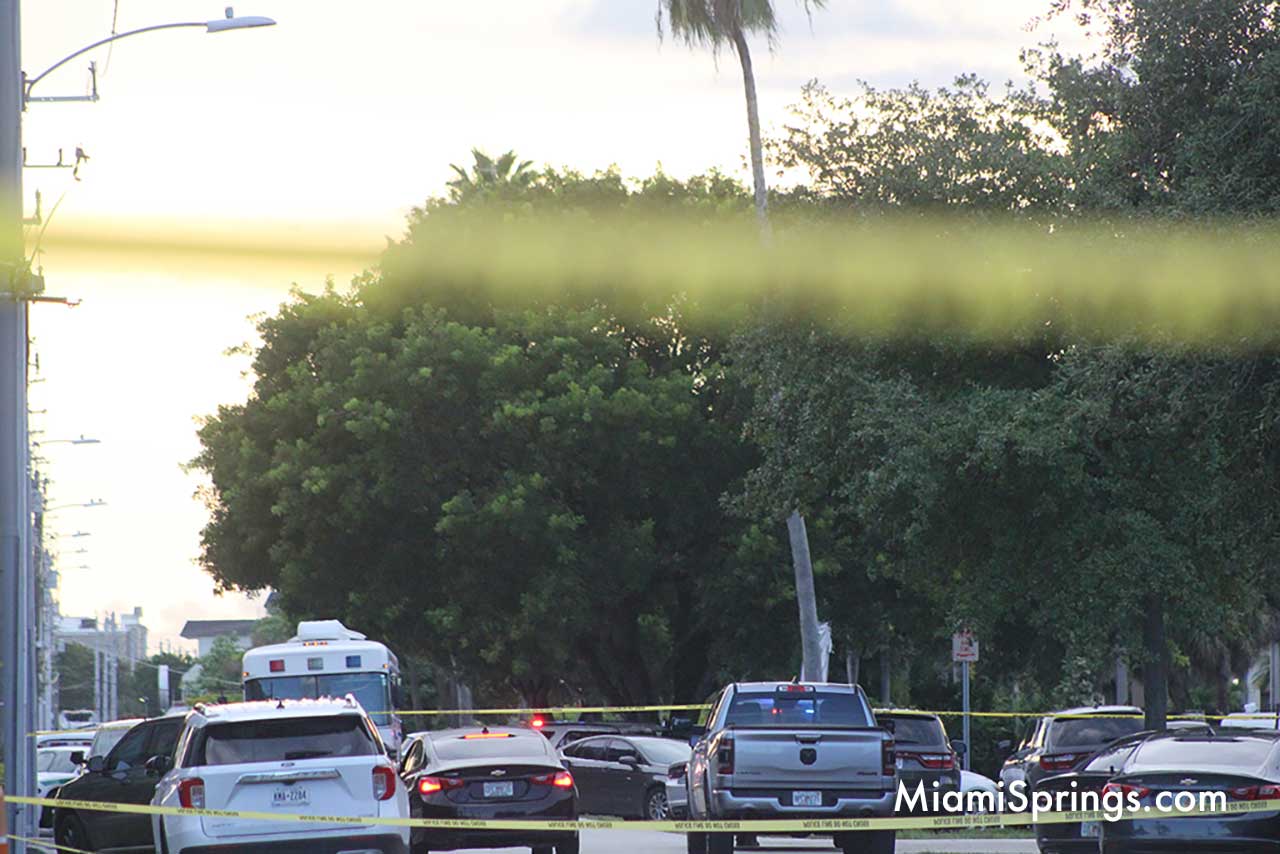 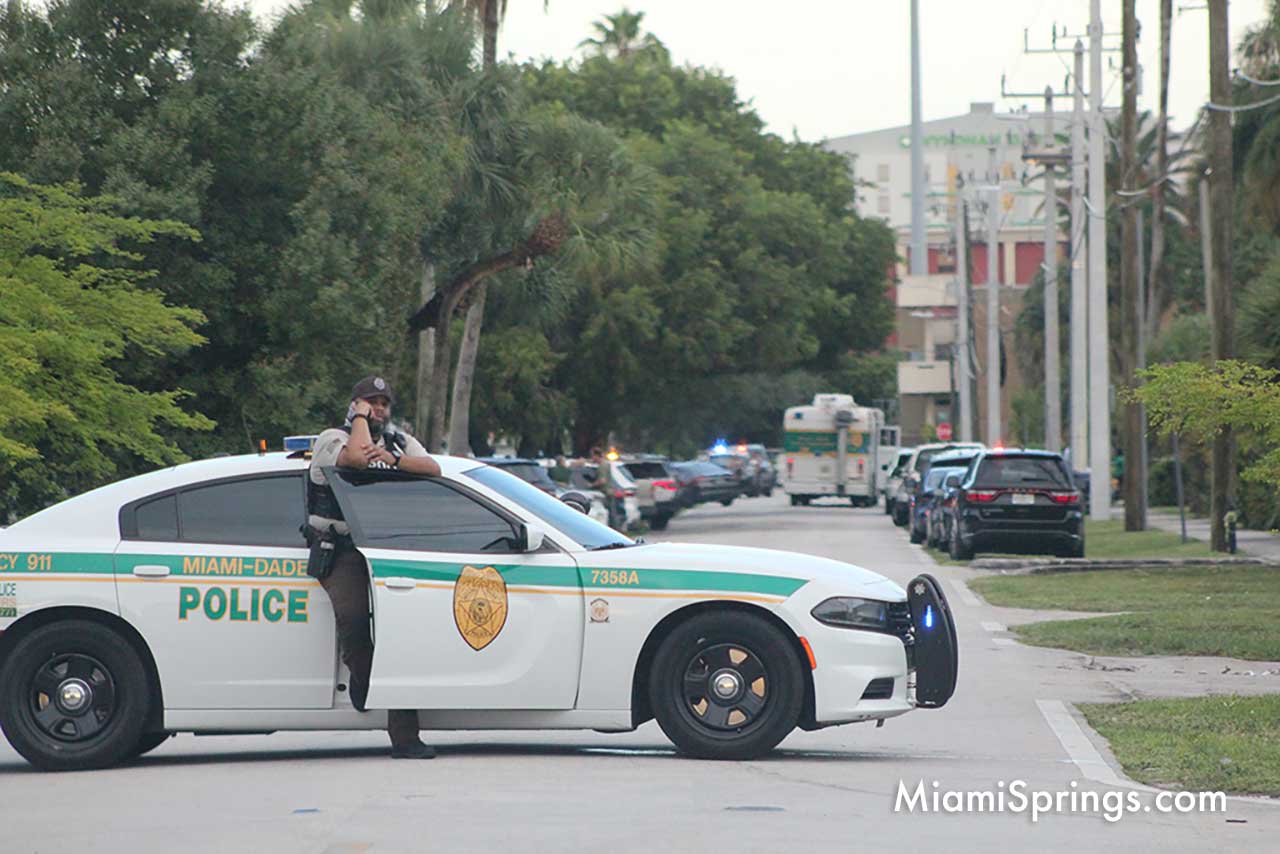 There was even a noticeable Police presence along Curtiss Parkway.

News helicopters were noticeable flying over the scene.

Miami Springs Police Chief Armando Guzman should get praise for the work he put in to get the Automated License Plate Readers installed in Miami Springs.  Early indications point to the technology helping the police track down the suspects. 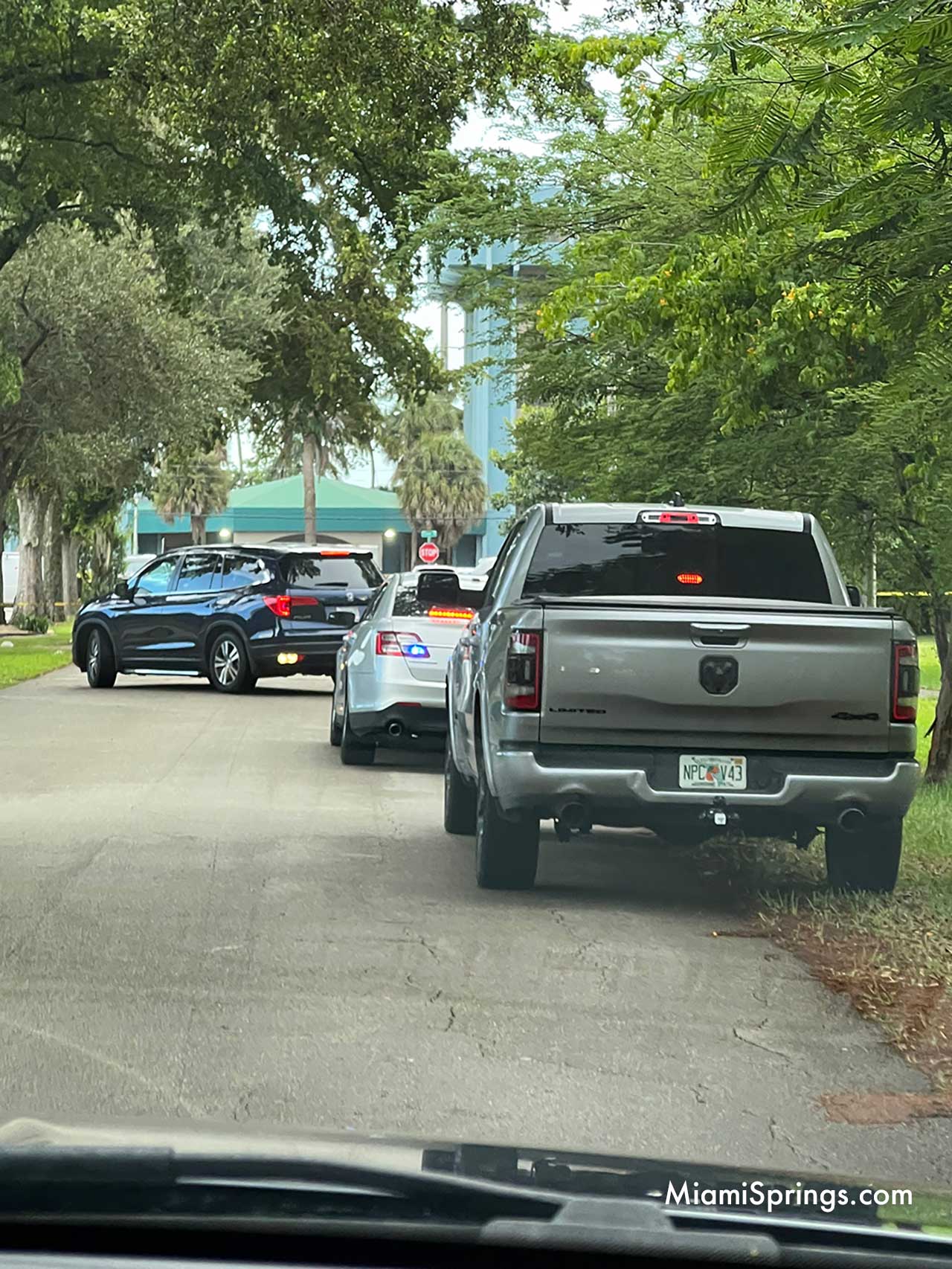 Unfortunately, our NW 36th Street Hotels continue to attract big city crime to our little city.  It’s not right that Miami Springs is excluded from collecting these taxes, yet we have to pay for the extra policing costs.  Meanwhile, the Greater Miami-Dade Convention and Visitor’s Bureau is the benefactor of some of these bed taxes without having to worry about the negative side affects that impact our community.

Now, what allegedly started as an armed robbery, has left two suspects dead, killed by Miami-Dade Police, and one Police Officer tragically shot in the head, in critical condition.  All of it is senseless.  None of this needed to happen today.

Please continue to pray for the officer and his family and loved ones.

Scene at Extended Stay in Miami Springs, where Miami-Dade police SRT got into a a gunfight and killed a suspected Dania Beach armed robber. The other suspect, also killed by police, is believed to have shot and wounded MDPD detective last night pic.twitter.com/TWf358NffT

One Hump or Two? Speeders Beware

Why are my long-term care benefits being denied?