Jose Sarduy, a Miami Springs resident for over 30 years, will be on Carson Daly next week.  He’s a Mariel Cuban immigrant who went to Miami Springs Elementary, Miami Springs Middle and Miami Springs Senior High. He played on the Miami Springs football team and wrestling team.  He was later accepted to the Air Force Academy with a full ride scholarship and served in various wars.  He’s now a Lieutenant Colonel, Air Force for over 22 yrs and still a pilot instructor at an Air Force base in Texas.

And now this hero is also a comedian, which has helped him cope after war.

Jose Sarduy with be on “Last Call with Carson Daly” on Wednesday, December 5th. 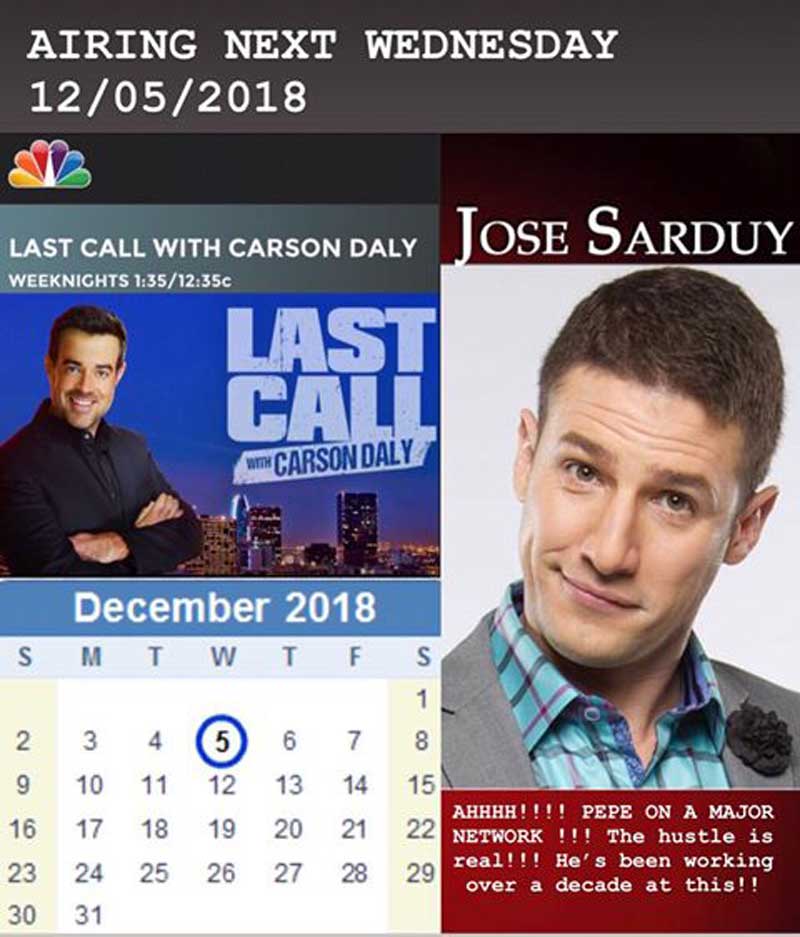