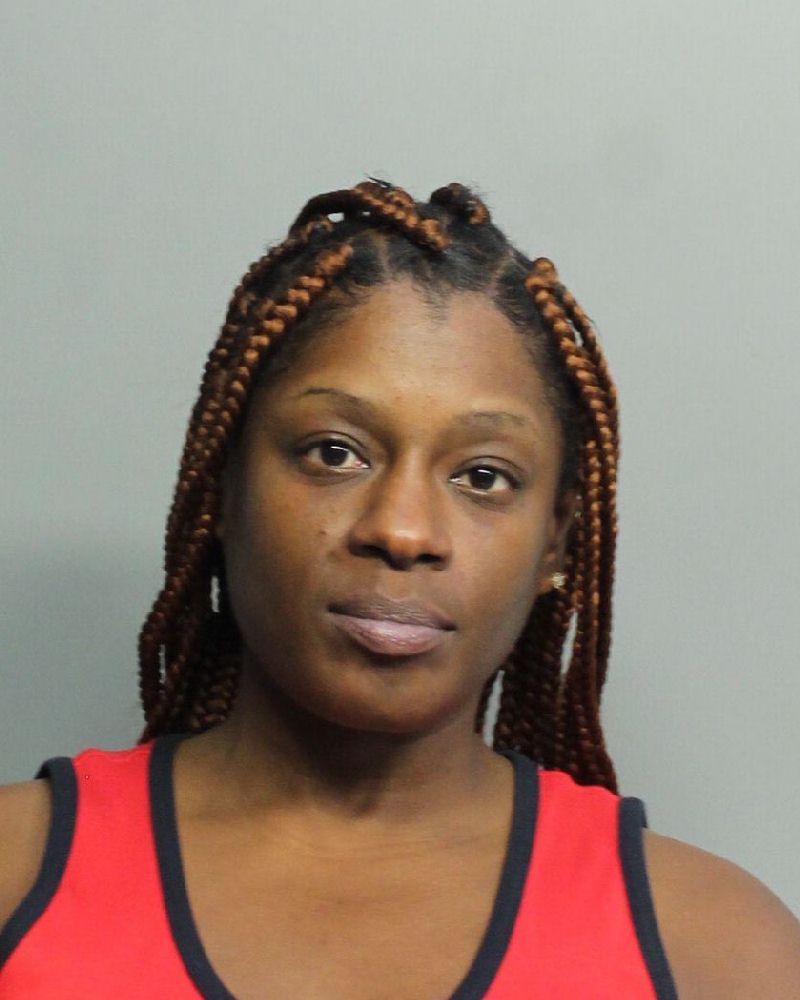 The Miami Springs Police Department arrested Quandria Veargis on Sunday, July 25th on charges of carrying a concealed firearm without a concealed weapons permit and possession with intent to sell and deliver hallucinogenics (psilocybin mushroom).

According to MSPD, they observed a blue Hyundai “backed in at a South Royal Poinciana Boulevard hotel.”  The police discovered the suspect asleep inside the vehicle along with a passenger.  Police knocked on the driver’s window multiple times to check on their condition, but the police were not able to wake any of the occupants inside the vehicle.

MSPD went back to the vehicle and again repeatedly attempted to gain Veargis’ attention.  Finally, after multiple attempts, Veargis woke up and exited the vehicle.  MSPD claim that Veargis consented to a search of her car.  MSPD also allege that they found an unholstered and loaded 9mm handgun with a round inside the chamber.  (NOTE:  It’s not illegal to have a 9mm gun with a round inside a chamber, but you need to have a Concealed Carry License if you’re going to have a gun in your purse.).

Police also allege that they found psilocybin mushrooms.  MSPD claims that Veargis admitted that the items were hers.

Woman Arrested for Possession of Psilocybin Mushrooms and Carrying a Concealed Firearm. pic.twitter.com/I5J3whHhP9

Another Video of Violence at Miami Springs Middle School