Have we all calmed down from the initial series of ‘new rules’ here in the State of Florida? Yes, the rules certainly are different here, and in our quest to deliver the information that will bring all citizens of the State together on the same page, we’re revealing some new initiatives that should make our lives a little bit more, shall we say, amenable to the ruling class in Tallahassee. 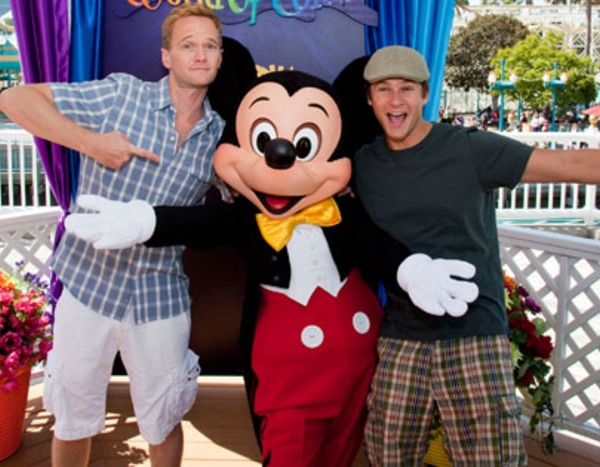 We know that we need the direction and inspiration they see as our future. So……since we unarguably are the State with the worst drivers give or take an accident or two, and in order to bring the populace into compliance with their thinking, Tallahassee has seen fit to regulate our safety as pedestrians. As of July 1st, pedestrians who wish to fall into line must walk on the right side of the street. The ‘left’ side will be reserved for the woke. More to come.

Since the State has seen fit to alter their legal standing with Disney properties, on the books for more than 50 years, there might be some changes in the attractions. Disney, possibly backing off their stance of egalitarianism for all would like to alter some of the attractions to temper the State’s response.

Swiss Family Tree-House will welcome you to their typical family unit consisting of an all-American mom, dad, and 2 children who know without a doubt, now and forever, which sex they are. The Avatar Flight of Passage experience will remain the same except that the skin color of the Avatars will revert to a more normal shade of flesh so as not to confuse the ‘un-woke’.

The Walt Disney Co. has never officially come out in support of gay marriage, but gay days is a big draw during the first week of June. During that week the haunted Mansion’s 999 ghosts magically assemble in a row for the world’s longest kick line in tribute to the Broadway musical ‘A Chorus Line’. The Mad Tea Party ride, for many years a staple, will now include a free red cap for one lucky rider each hour which reads make this ride great again! The Dinosaur Ride will now include humans running for their lives. The Seven Dwarfs Mine Train has a tilting vehicle device. The mine train cars are all designed in such a way that in the past, they freely swayed from left to right. They will now only sway to the right and the Tallahassee Tower of Terror, well that speaks for itself.

And now the history…..Through the years a few Disney characters have come out of the editing room as gay including its star, Mickey Mouse. When asked for comment, Mickey replied, “I knew growing up, that there was something different about the way I was drawn, as opposed to the other characters with the exception of Donald.  Throughout my screen career I always looked up to Donald Duck. As the first duck to come out of the pond, he raised three children, not his own, from ducklings and they all turned out fine.”

Mickey then said, “Walt was gay friendly. If he were alive today and not just packed in ice in the attic of Snow White’s castle, he would give me a big bear hug, say it was all right and then tell me to get rid of that mustache. Walt envisioned Minnie and me as companions only. In those days, if the public thought we were shacking up let alone gay, no one would have ever watched our cartoon adventures. For the record, we were never married; it was more of a platonic relationship. Have you ever seen us kiss? Daisy Duck, Donald’s significant screen other, said, “I had a thing for Mickey for the longest time in the early pre-TV days and didn’t know he was drawn different; not that there’s anything wrong with that”, she playfully added.