Miami Springs Police released a statement on the arrest of an alleged narcotics dealer near Miami Springs Senior High.  According to the Police, a vehicle was spotted blocking the roadway at Dove Avenue and Shadow Way during the early morning hours of Thursday, December 16, 2021.  Police allege that the vehicle was then driven eastbound on the westbound lanes. 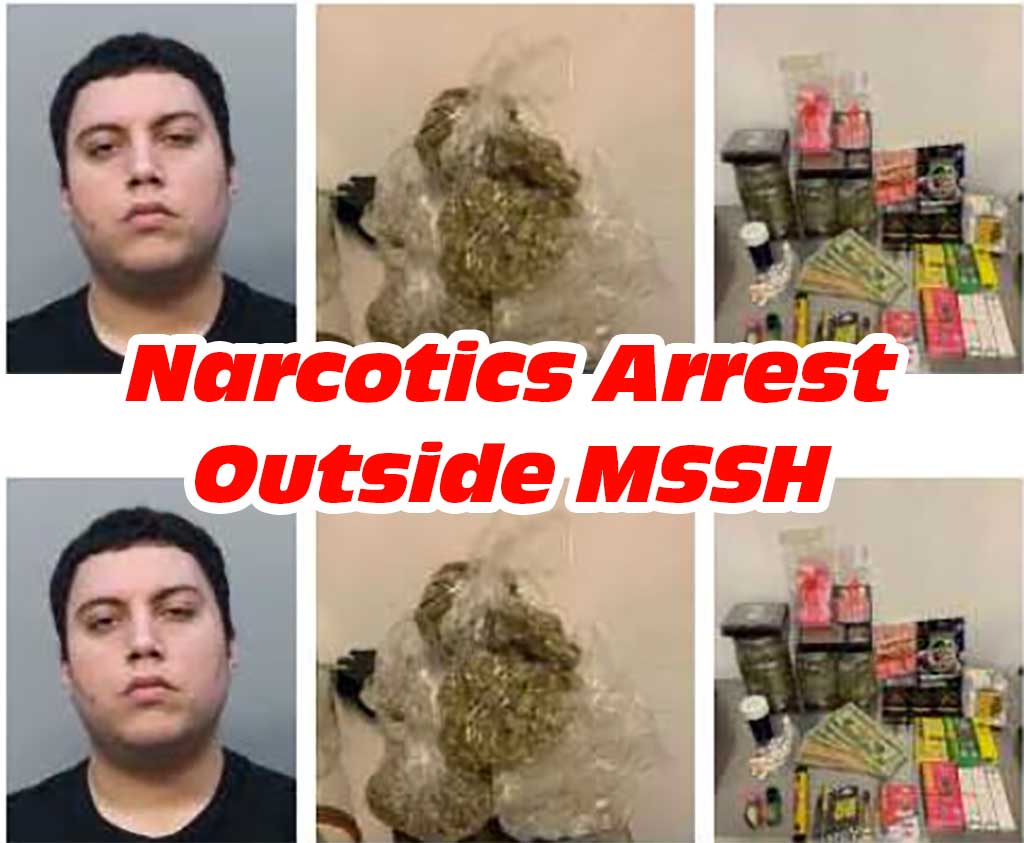 Police approached the vehicle and initiated a traffic stop. Police allege that the driver of the vehicle failed to stop at a stop sign.  The vehicle finally stopped after allegedly running the stop sign.

As the Miami Springs Police officer approached the stopped vehicle, the officer noticed the distinct odor of marijuana coming from inside the vehicle.  The driver of the stopped vehicle allegedly consented to a search.  That’s where MSPD alleges they found over 200 grams of cannabis, multiple prescription pills for which the driver had no proof of prescription, cannabis wax, and several containers of THC oil were found.  Police allege they also found two digital scales, multiple Ziploc type bags, and empty Mason jars.

The male who was only identified as “Suarez” (no relation to the author of this story) was arrested and charged with the following felonies:

NOTE:  You don’t have to carry proof of a prescription with you at all times.  You don’t have to show police a copy of your prescription.  That’s your personal health information.  The burden of proof is on the police and prosecutors.  In other words, you don’t have to prove that your legal medication is indeed legal.  However, the Police are right in charging this man due the totality of the alleged contents found in this man’s vehicle and the reasonable suspicion that the prescription medications were not his.

Witches of Westward a Wonderful Success

Man Killed – Burned to Death in Area to be Annexed...