RodezArt & EAL 401 Tribute Group will host an exhibit in HistoryMiami Museum’s Community Gallery of 12 L-1011 replica models intervened by local artists for the purpose of bringing attention to the lack of a permanent large-scale memorial for the first crash of a wide-body aircraft in the U.S. 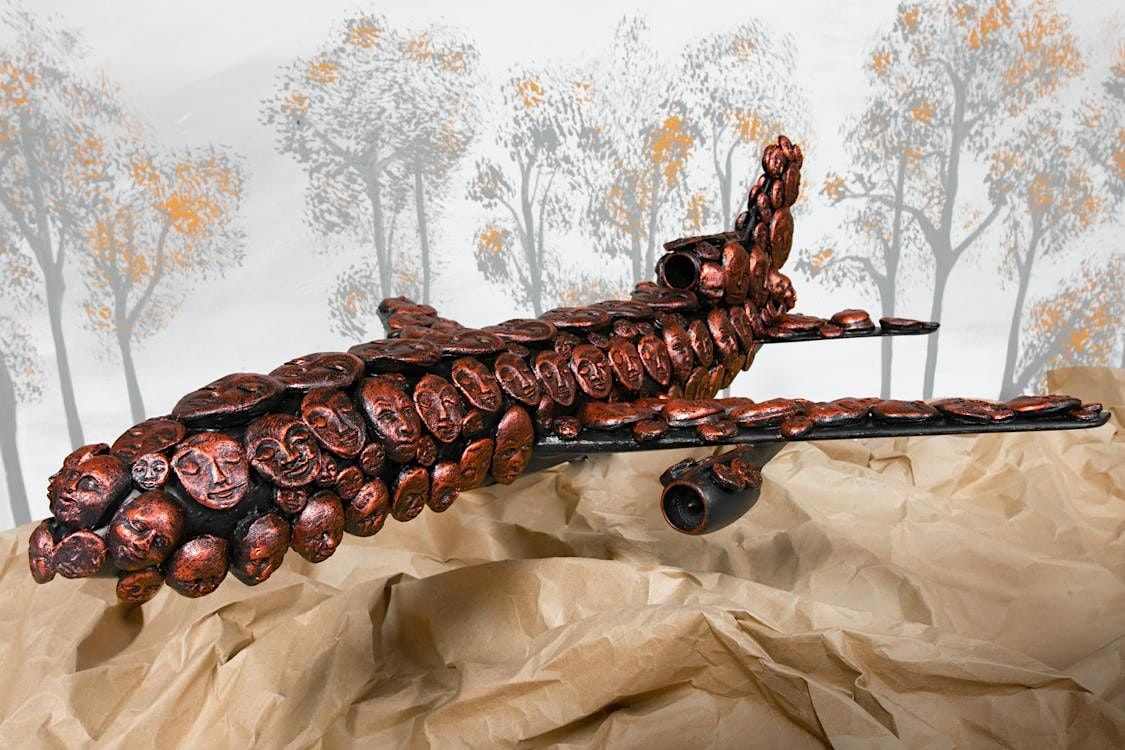 Eastern Air Lines Flight 401 was on its final approach into Miami shortly before midnight 50 years ago this month when a single light bulb on the aircraft’s instrument panel failed to illuminate.

Momentarily distracted, the flight crew failed to notice as the Lockheed L-1011 slowly dropped from the sky and into the blackness of the Everglades below.

“Hey, what’s happening here,” the pilot shouted seconds before the aircraft hit the ground and ripped apart, killing 101 passengers and crew members and stranding 75 survivors in an ocean of darkness. A desperate search and rescue effort began almost immediately.

“If you can hear my voice, don’t light a match,” flight attendant Beverly Raposa called out as she regained consciousness in the darkness. Pieces of the shattered plane lay scattered in the muck and jet fuel stained the inky waters of the Everglades.

Robert Marquis, an airboat captain out hunting frogs that night, witnessed the crash and rushed to the rescue, suffering burns to his face, arms, and legs as he ferried survivors to safety. The heroism of Marquis and others and the heartbreaking loss of life that night are remembered and honored in an exhibit opening January 14 at HistoryMiami Museum in downtown Miami.

If You Can Hear My Voice… Don’t Light a Match commemorates the tragic events of December 29, 1972, through the collective vision of 12 South Florida artists, each of whom was invited to interpret the fatal crash by transforming a model L-1011 airplane into a singular work of art.

The 12 model airplanes will be displayed along with 20 photographs from the crash site, images of the crew members taken hours before the fatal flight, and a video presentation that documents the fate of Flight 401 and the genesis of the exhibition. The floor of the exhibit space will display Flight 401’s intended runway landing path at Miami International Airport. A panel discussion with some of the survivors, the project liaison, project curator, and airline executives will also be held.

In addition to commemorating Flight 401, the creative talent behind the exhibit is seeking to help survivors raise the funding needed to create a permanent large-scale memorial to Flight 401’s victims and survivors in the City of Miami Springs, once home to a thriving Eastern Air Lines community.

“After 50 years, we would like to leave something in place so that this tragedy and its victims are never forgotten,” said Ron Infantino, one of the Flight 401’s surviving passengers.

The 12 artists who are participating in the project were selected by artist and project curator George Rodez. who states, “I selected these particular artists because of their dedication or better said, consecration to their work and discipline. Some of these artists have sacrificed their whole lives along with its comforts to pursue their calling and the sensitivity they bring to this project is what I was seeking. When I asked each artist to participate in the project, after sharing Flight 401’s story and the purpose behind the exhibition, all 12 artists jumped on board even though they knew they would not be compensated for their time and effort.”

Our artists, listed here along with the sponsors who stepped up to the plate to graciously purchase and donate their models for this cause are:

The exhibit opens to the public on January 14 from 1 to 4 pm, and continues through March 19, 2023, in the HistoryMiami Museum Community Gallery. The exhibition is free to attend. A panel discussion will be held on March 4, 2023, from 1 to 4pm at the Museum Theatre. The museum is open Wednesday-Saturday 10 am – 4 pm and Sunday noon-4 pm.

To make a donation:

Visit www.PlaneSafe.org, Click: “Contribute”, and make sure to enter “Eastern 401” in the “Your public posted comment” space.