Is the new Downtown Development Project proposed for the old Circle Theater location too big?  Does the new development violate the city’s building height restrictions?

An eagle eyed resident shared some interesting details, I have to admit that we missed.  We’re going to review a couple of interesting details that were approved by the City of Miami Springs that appear to violate the city code.  So let’s review the findings in detail.

According to the City of Miami Springs’ Municipal Code:  The building height limit within the Central Business District is 40 feet. The exact code states:  “The maximum building height shall be no higher than 40 feet and no more than three stories.”

“The maximum building height shall be no higher than 40 feet”

In reviewing the plans, you can see that the rooftop of the parking garage stairwell is 41′ 4″.  That’s 16″ inches above the maximum allowed and a clear violation of the 40′ foot height restriction. 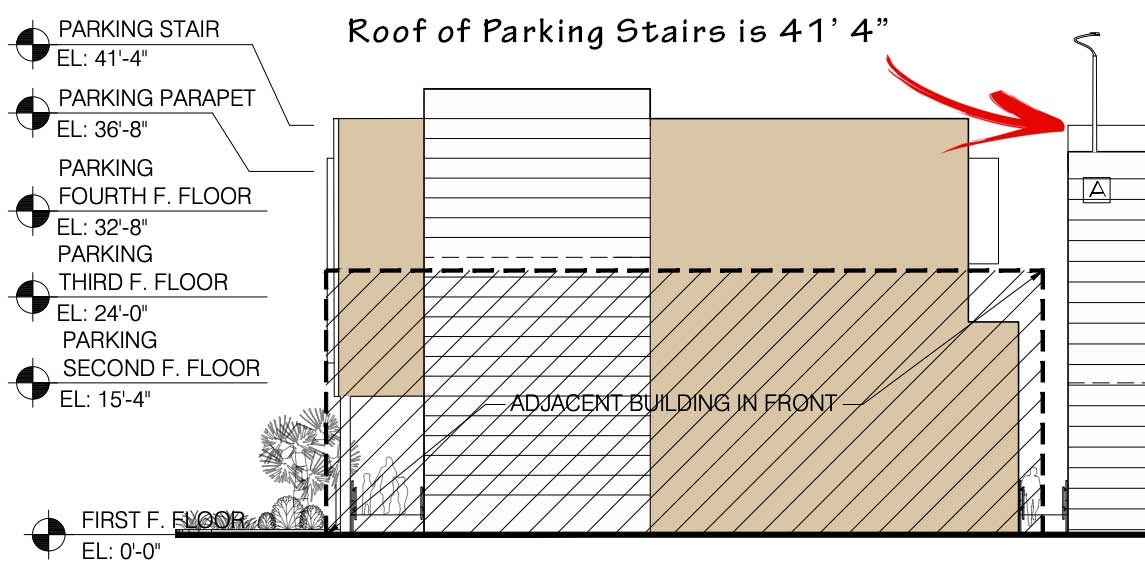 The top of the parapets are 42′ feet.  That’s 24″ inches or 5% taller than the maximum allowed by city code.

Take a closer look.  You can clearly see the top of the Parapet is 42′ feet tall. 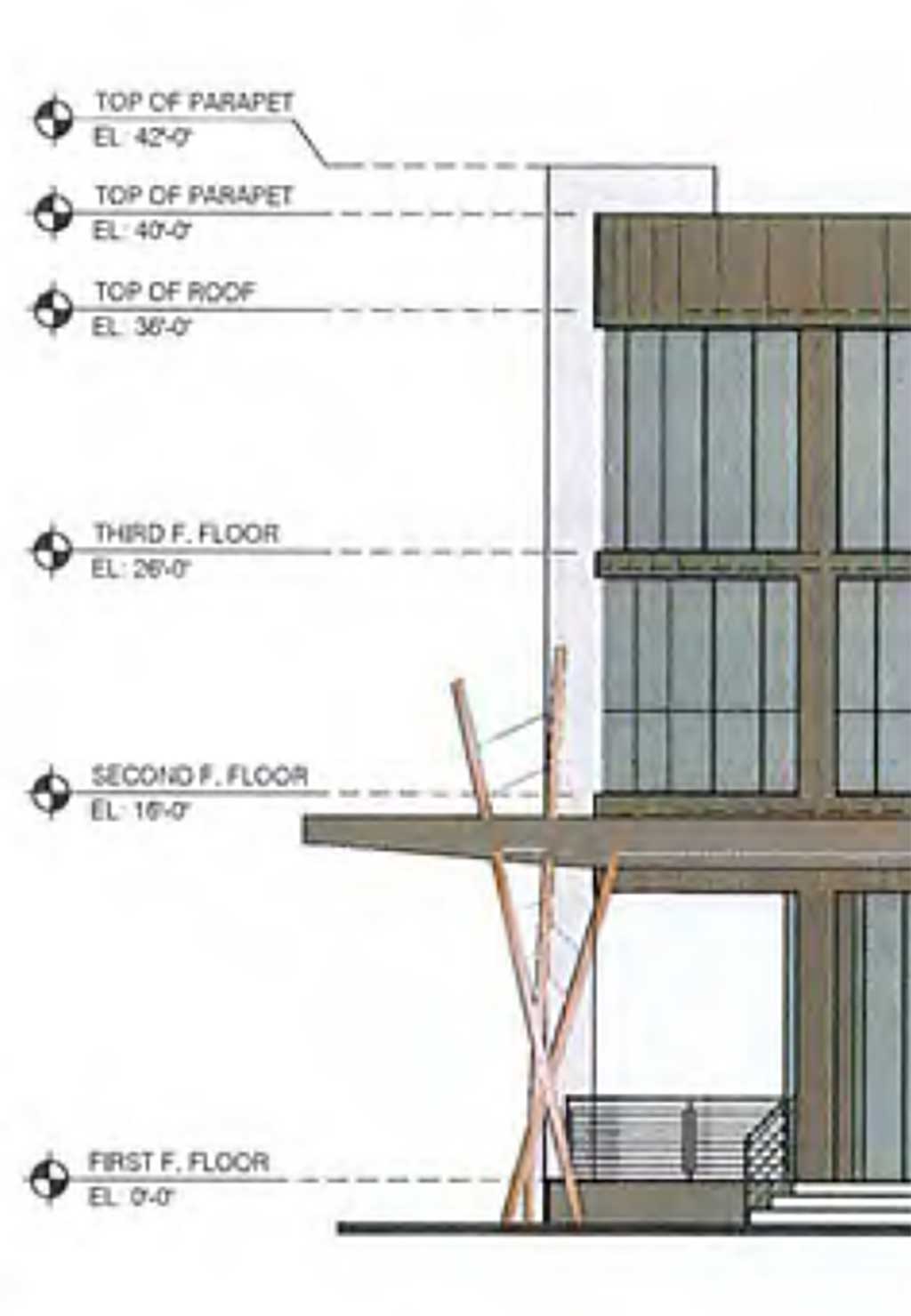 What’s even more interesting is that this height dimension, which was provided to the Planning and Zoning Board, was excluded in the document prepared for the City Council.  Here’s the graphic your City Council received: 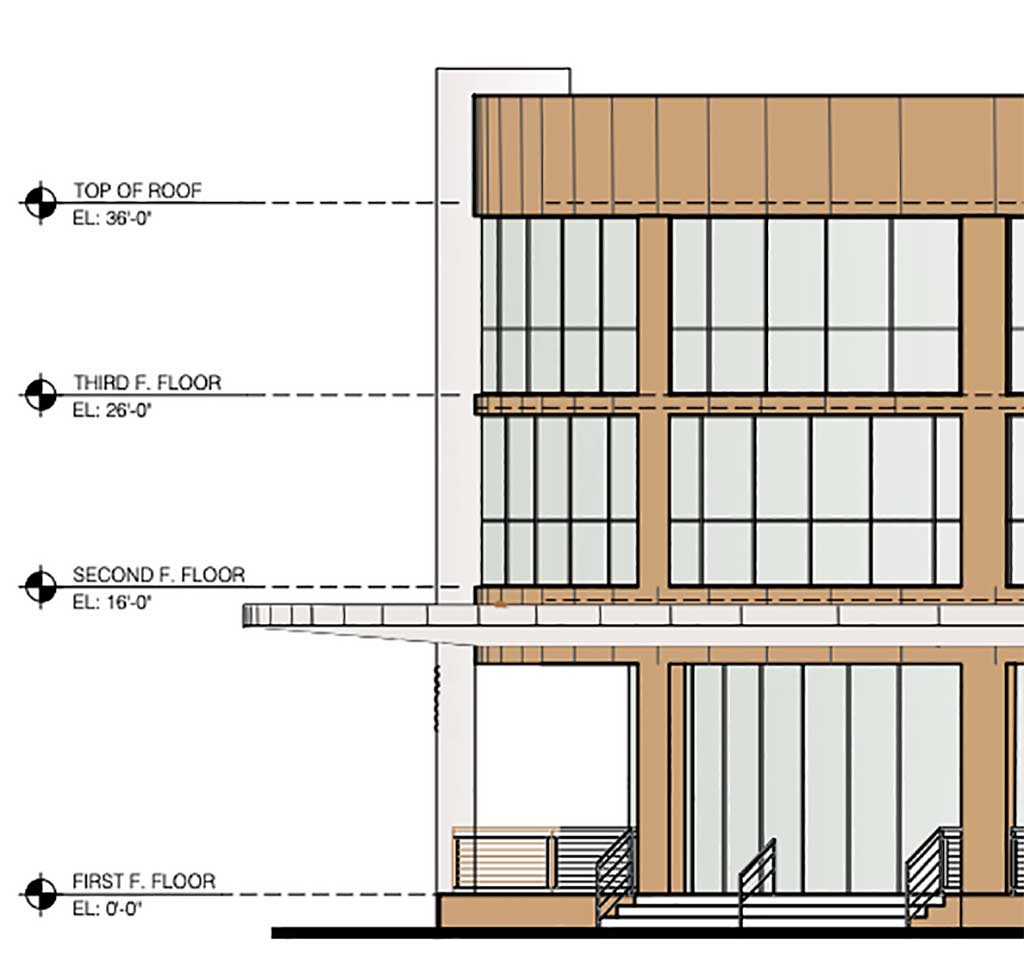 Why was the 42′ ft height dimension conveniently left out of the final plans approved by the City of Miami Springs City Council?  You can see the two plans are essentially the same with the exception that one shows a height violation and the second (the one Council voted on) does not.

Why was the height detail hidden from Council?

BUILDING HEIGHT DEFINITION:
“The vertical distance from the grade to the highest point of the coping of a flat roof or to the deck line of a mansard roof, or to the mean height level between eaves and ridge for gable, hip, and gambrel roofs.”

Bottom line:  The building is clearly taller than the 40 foot restrictions within the city code in two instances:  The Parapets are too tall and the Garage Stairwell is too tall.  This building does not follow the city’s own height restrictions.

The City of Miami Springs has an approval process for infractions that do not meet the city’s laws.  They are called variances.  This project has not received any variances for the height violations described above.

This project (and specifically the 50+ apartments and lack of parking) have been very controversial.  The builder should not get any special treatment for violations and go through the proper process to get variances for the height violations listed above.

More than likely, the height restrictions would be approved by council.  But variances should be treated as such and go through the proper procedure.  This is common practice that other builders have to go through.

Furthermore, the fact that this building violates the 40′ limit should have been brought to the attention of the City Council.  We question why this was not brought to the Council’s attention and why the parapet heights were removed when they were presented to Council.

Let us know what you think?