Due to Hurricane IAN’s approach to Florida and out of an abundance of caution, Miami-Dade County Public Schools will be closing on Wednesday and Thursday. 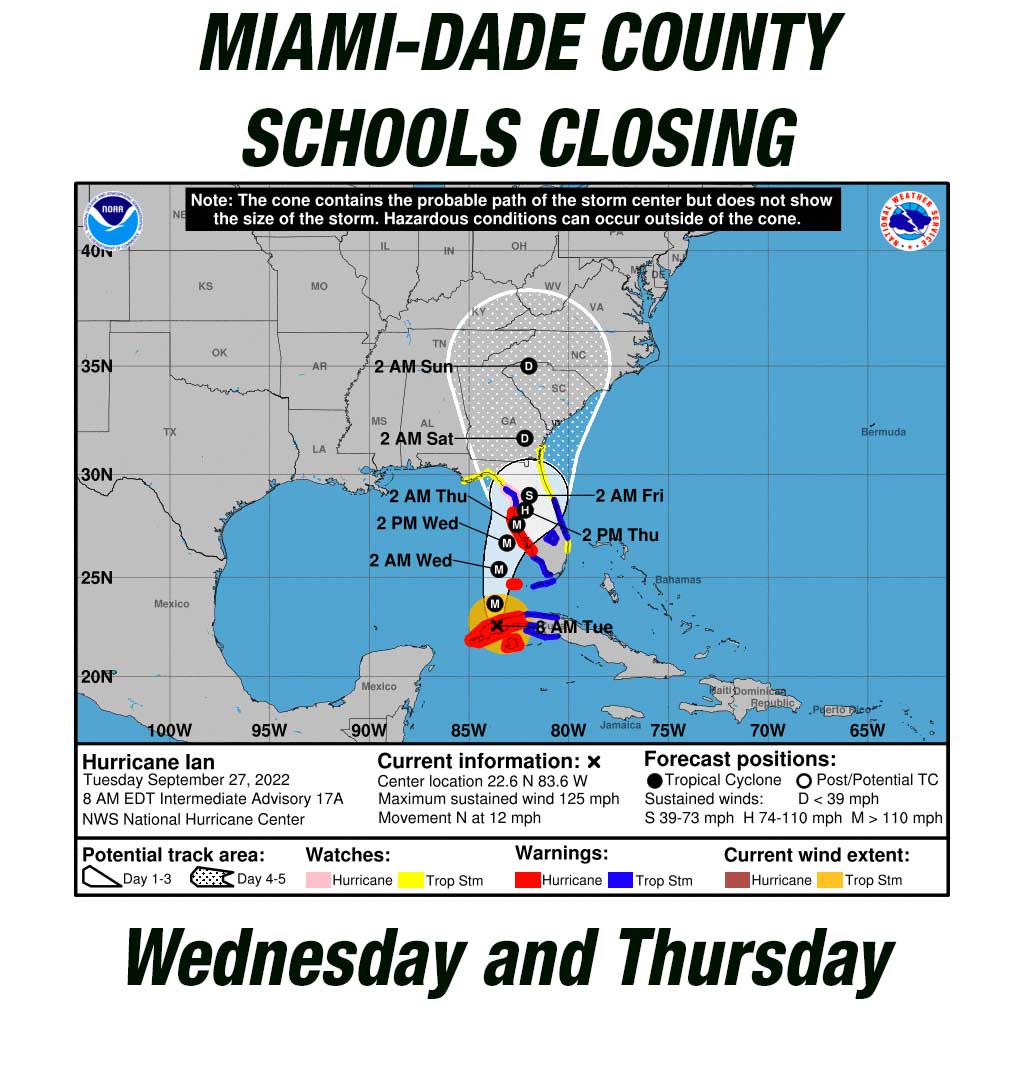 At the 11am Update, the National Weather Service issued a Tropical Storm Watch for Miami-Dade and Broward Counties.  That means it’s possible we may see Tropical Storm Force winds in our area.  Miami-Dade County School Buses are not permitted to operate under Tropical Storm winds and as such, they will be closing schools on Wednesday and Thursday. M-DCPS Closing Schools, Facilities on Wednesday, September 28 and Thursday 29, 2022 due to Hurricane Ian

Since M-DCPS does not operate school buses during sustained tropical storm force winds and in order to safeguard students, many of whom walk to school or take other forms of transportation, may be impacted by standing water, possible drowned lines or debris, the closure is warranted.

A decision about the status of schools for Friday, September 30, 2022, has not been made at this point. We will continue to provide updates.

All @MDCPS schools, as well as Region and District offices, will be CLOSED Wednesday, 9/28, and Thursday, 9/29, in an abundance of caution. A decision about the status of schools for Friday, 9/30, has not been made at this point. Updates will be provided. #HurricaneIan pic.twitter.com/zDX0Xibkyu