The Christmas cold weather blast is unusual for South Florida. However, it was great to finally have a cold weather Christmas where we weren’t in shorts and sweating outside.  It was nice to wear sweaters and jackets with lows dipping in the 40s this past weekend.  It feels like it’s been decades since we actually had a cold Christmas in Miami.

As for the Iguanas, they don’t like this cold weather.  And the dreary wet weather is no help either.  Iguanas warm themselves up with the sun.  As you’ve noticed, it’s not only been cold, but it’s also been cloudy this weekend. 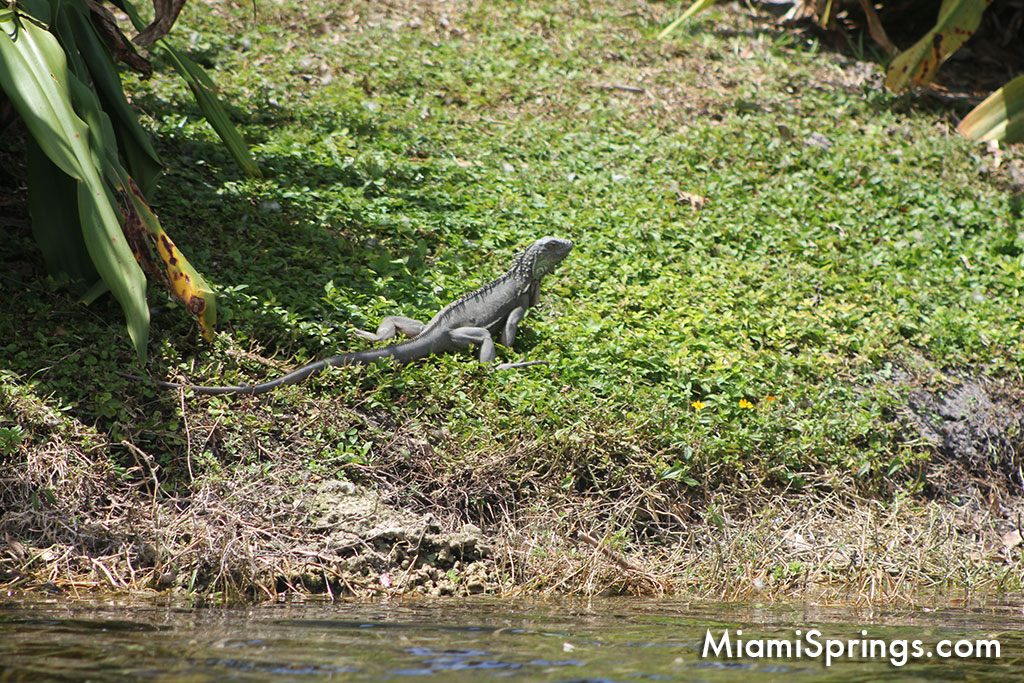 So sure enough, the Iguanas are dropping.  Most of them are not dead.  They are just so cold, they can barely move.  If you don’t like them on your property, it’s a great time to safely remove them from your property without harming them. 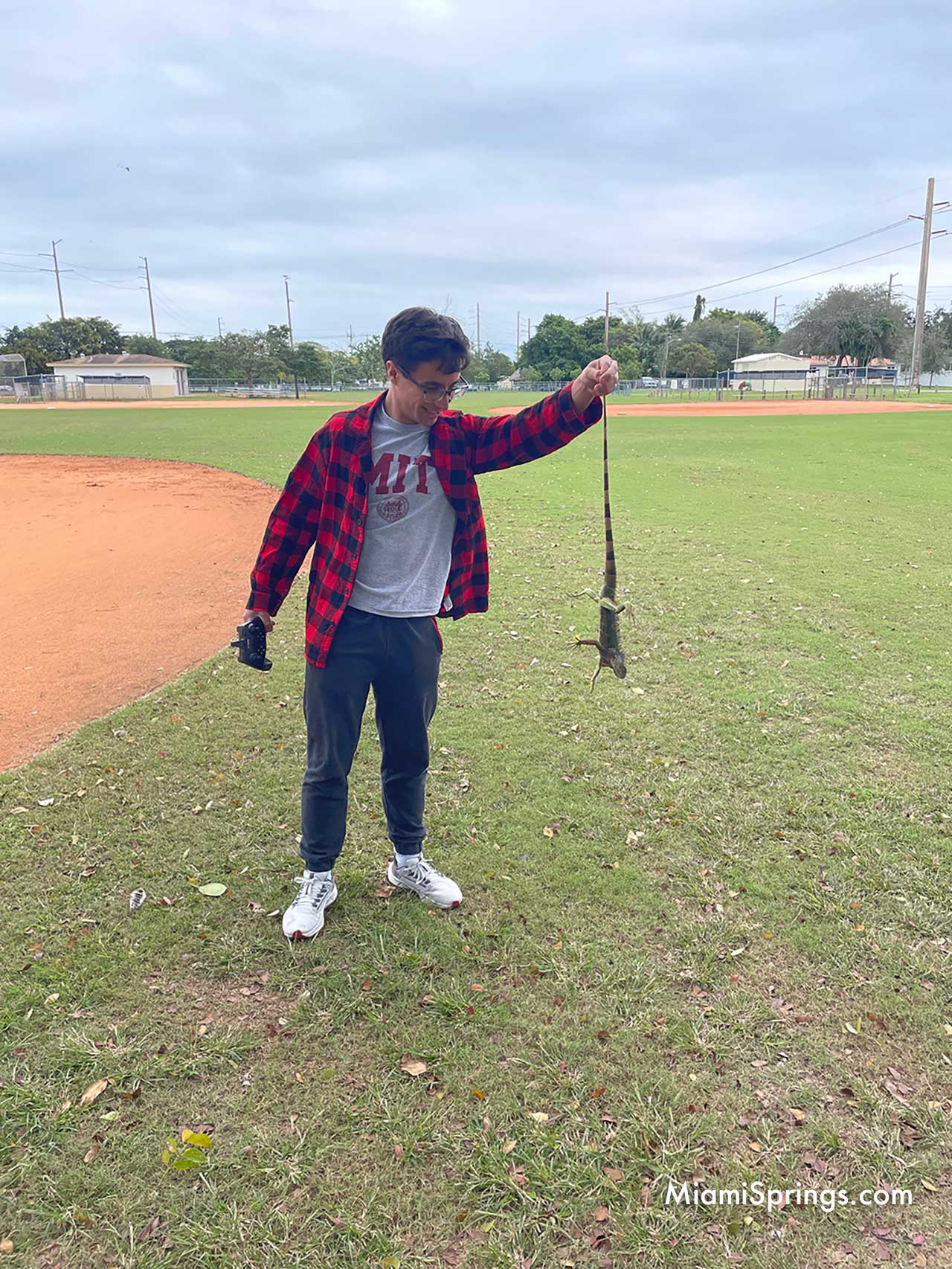 As you can see above, my son Nestor found this small Iguana at Peavey Dove field  on Christmas day.  The Iguana wasn’t dead, but he was virtually motionless.  They are so cold, they can barely move.  The little fella finally started to wiggle a little indicating that indeed he was alive. On the ground, it tried to move, but could only move is back legs and tail, almost snake like.  The Iguana is simply too cold to move. 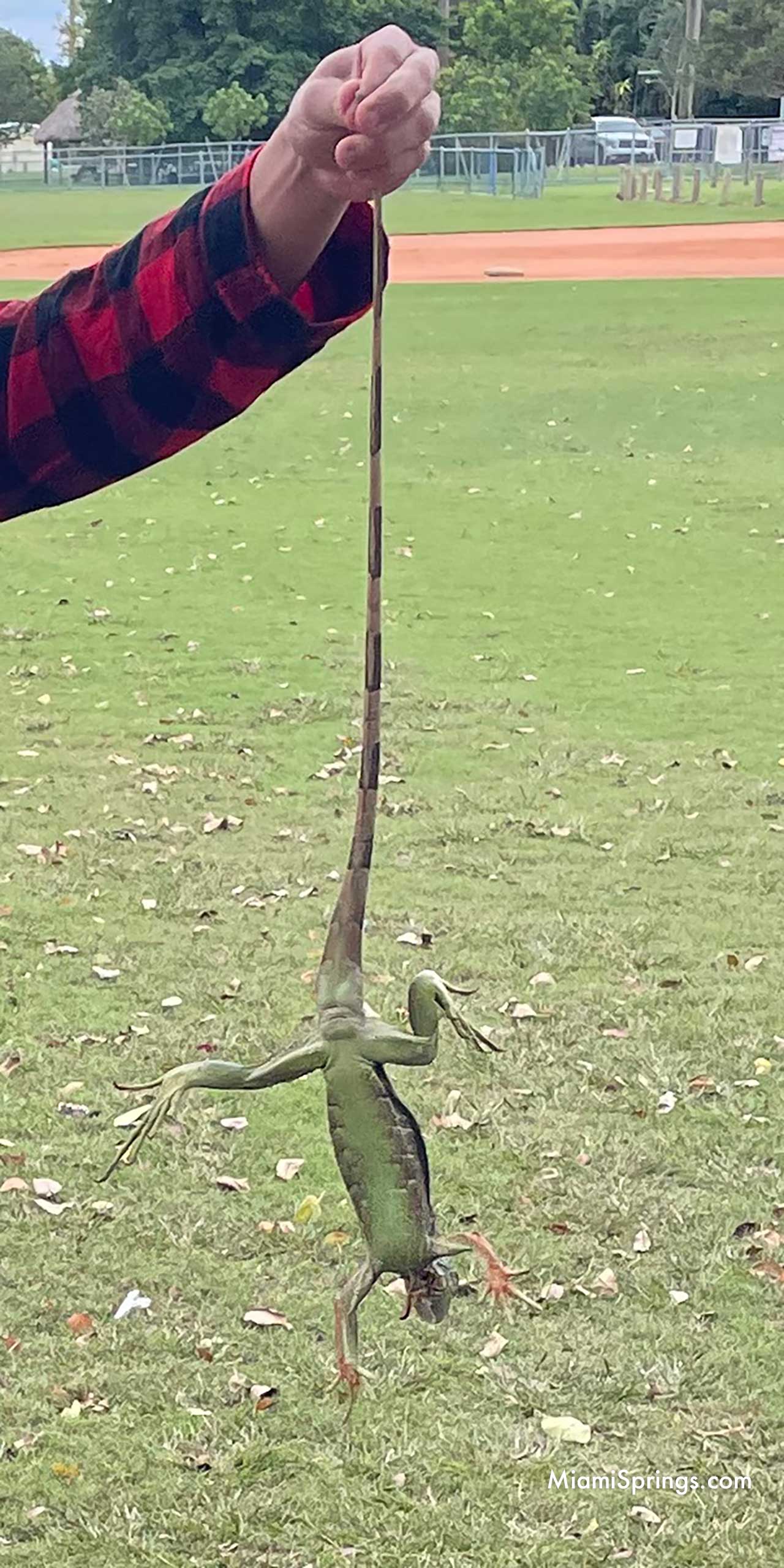 The good news for Iguana lovers is that the temperatures will be warming each day this week and we’ll be back to highs in the 80s by the weekend.

And while we woke up Monday morning in the 40s for the third day in a row, we will be back to sunnier and warmer conditions by Wednesday.  At which point the sun does its magic and breathes life to the invasive iguanas.

Now I know that South Florida has a love / hate relationship with Iguanas.  They are an invasive species.  They are not native to our area.  Some residents complain that they invade their backyard pools.  And the Iguanas are known to be voracious eaters of garden flowers.

On the other hand, many think they are cool animals and a reminder that we live in a tropical paradise.  Sure, it was cold this weekend. But our cold temps were nothing compared to what the northeast and midwest got this weekend.  There’s a reason why so many people leave the frigid cold north for sunny South Florida.

In case you’re wondering, it is perfectly legal to humanely kill Iguanas.  In fact, some people have been known to harvest Iguanas to clean and cook them. I’ve never tried Iguana meat, but some say it’s good.

Personally, I enjoy seeing the Iguanas and think they add to the rich bio-diversity we find in Miami Springs.  In Miami Springs, we attract so much wildlife including opossums, raccoons, foxes, alligators, iguanas, parrots, hawks, and even flamingos.

Read more about the flamingos flocking into Miami Springs nightly from Hialeah Park in a special by Ken Wilde.

Flamingos in Miami Springs Then and Now

What do you do if you have a “frozen” iguana?

Our best recommendation is just to leave them alone.  Most of them will survive just fine.  As soon as it warms up, they’ll start moving again.

If you want to be more proactive, you can warm them up with a warm towel.  Just remember that they have claws and a tail that can whip you.  As soon as they warm up, they can get feisty.

Tips To Not Freak Out The First Time Your Child Breaks...