MiamiSprings.com | Miami Springs News and Events
Home Community Are you frustrated with Cuba? Here’s how to help. 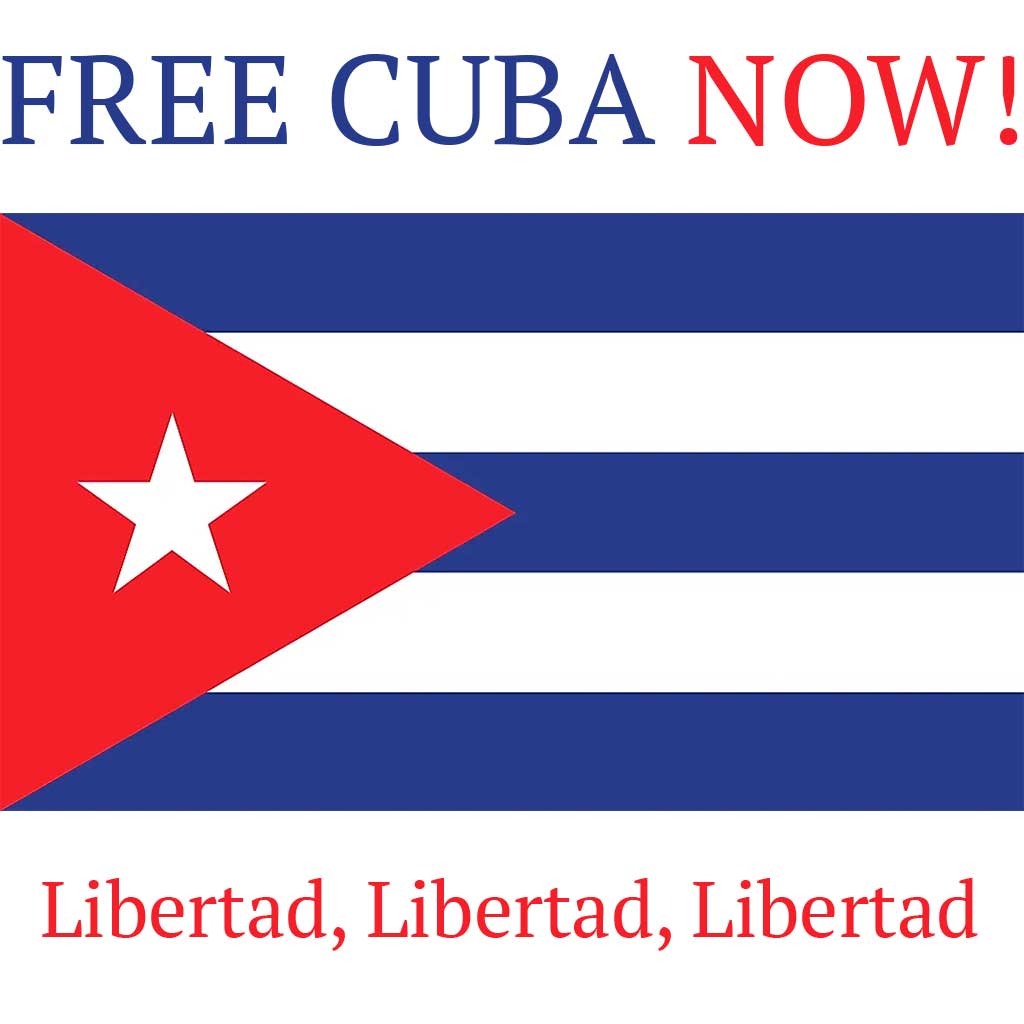 It’s been a lifelong dream.  To step foot in a land where my family came from.  A beautiful land just 90 miles away.  A land that is strangled by a brutal communist dictatorship, lies, propaganda, doctrines, and the promotion of fear.  A land that has controlled its population for decades with brutal tactics including limiting access to food.

We arrive at the summer of 2021.  An historic opportunity where they’ve taken away so much from the people of Cuba, that ultimately, they took away their fear.  Now you see an uprising in the streets.  A golden opportunity to help people win back their country.

Here’s a list of some of the things we can do in Miami, but we want your ideas and opinions on how to successfully overturn the Communist regime in Cuba once and for all:

We need strong Political Support for the Cuban people in Washington, D.C.  U.S. Senator Marco Rubio has been leading the way, but we want support from all our representatives regardless of Party Affiliation.  This is not a Republican / Democrat thing.  This is about a FREE Cuba once and for all.  There will be great glory for the President that finally topples the communist regime.

Has the Biden Administration’s response to the rising protests in Cuba been enough? Representative @MarioDB (FL-25) joins @RCamposDuffy & @SeanDuffyWI to discuss the importance of the revolt in #Cuba & what he has done to make the #Biden admin. aware https://t.co/wNAwWaKNOk #FTKT pic.twitter.com/IwHlSKohQc

The #Cuban people deserve all of these. They deserve freedom! #SOSCuba https://t.co/gtKD8a3k9d

Many people are seeing for the first time what it’s like to live in Communist Cuba.  The images, videos, and stories coming from the island is very compelling.  Social Media has given the oppressed people of Cuba power to share what life is really like.  And if you listen to their pleas, you quickly see they just want FREEDOM!  Libertad, Libertad, Libertad.

The regime has shut off the internet,power & water in #Cuba

They are barging into homes & killing in the streets

On Monday I asked @potus to immediately mobilize an international response

If he doesn’t,we will see a bloodbath 90 miles off our shores.

Please share the bravery of the Cuban people to your social media networks.  The people of Cuba are desperately seeking freedom using rocks and sticks against guns and batons.  Share their plight with your friends and family.

🚨#SOSCuba
It’s now day 9 of the pro-democracy protests in #Cuba🇨🇺.

Cubans are being kidnapped, jailed, and killed by the evil Castro regime for demanding FREEDOM. pic.twitter.com/MMvegOf7a6 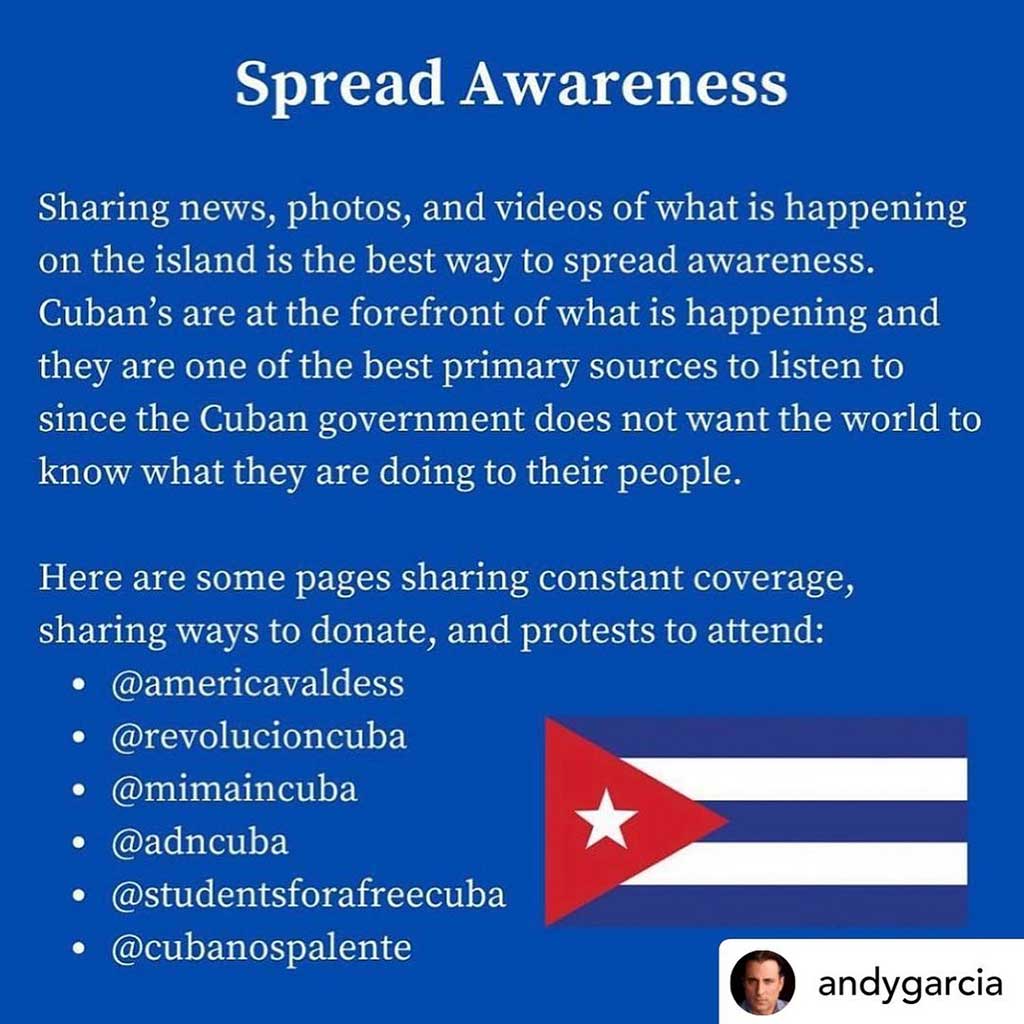 We need to offer the people of Cuba humanitarian support.  However, as you know, if you just give it to the government, they use it as a way to pay off the people who support the government.  In other words, it’s not distributed fairly and equitably.

Donate to pay for cell phones

Could you imagine a humanitarian flotilla from Key West to Havana Harbor with thousands of boats, Cruise Ships, Naval Hospital Ships, all heading to Cuba and escorted by an

This is a long shot, but could you imagine a humanitarian flotilla from Key West to Havana Harbor with thousands of boats, Cruise Ships, Naval Hospital Ships, all heading to Cuba and escorted by an Aircraft Carrier Group (Code Name USS Maine).

A flotilla of vessels gathered near Bayside Marina in downtown Miami to demonstrate in support of the protests happening in Cuba. https://t.co/3IU4mHdUTB

If we go as a massive humanitarian force backed by the US Navy the Cuban Navy and Air Force would be suicidal to attack.

This would be a great way to establish a beachhead of freedom and support for the Cuban people without being an offensive operation.  Yes.  This is risky.  The Cuban Air Force could strafe approaching vessels.  This is why we would need an overwhelming force that by its presence alone would deter an attack.

Folks, this is a huge issue for us here in Miami, but turn on the national news.  It’s hardly hitting the radar.  To get action, we need Cuba to be the leading headlines.  I don’t know what it’s going to take, but we need stronger national media support to win the support of the freedom loving American people to join our efforts for a free Cuba.

Folks, the United States is a free country and you can choose whatever religion you want or no religion at all.  However, for those who have some faith, we ask that you pray for the people of Cuba.  The Lord responds to our prayers.  Not always in the fashion or timing we want, but he does answer our prayers.  Please pray for a peaceful transition to a free Cuba. 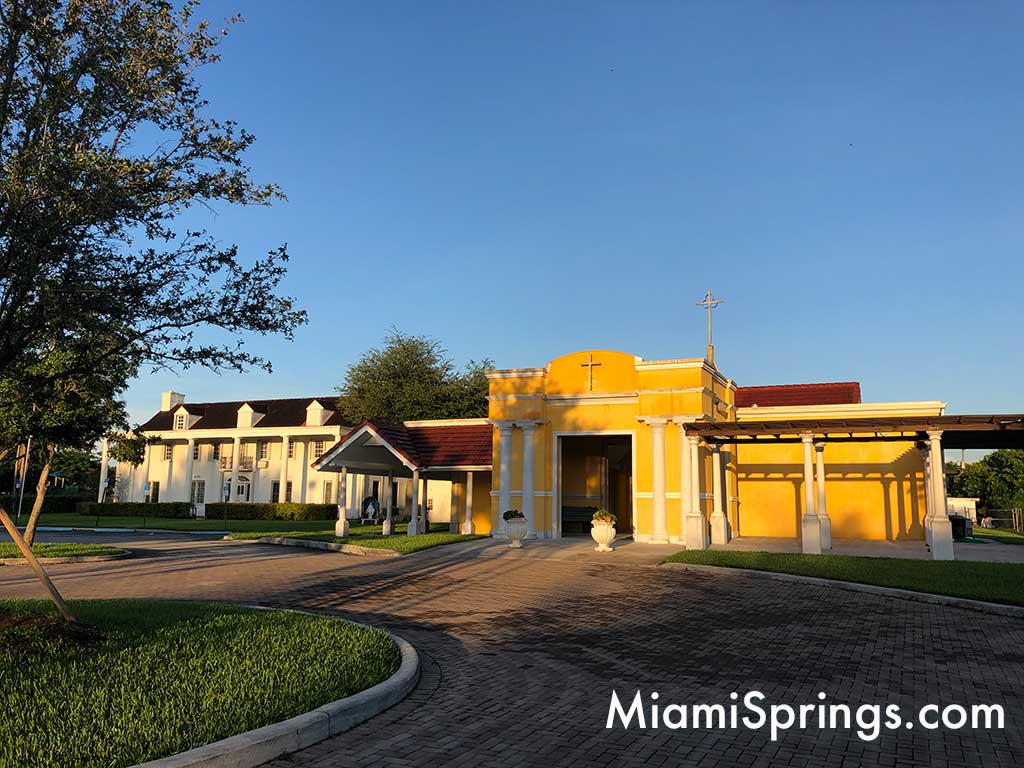 Organize and/or attend pro freedom rallies, caravans, boat parades.  Let us show the people of Cuba that they are not alone.  They are not forgotten.  Freedom loving people throughout the world are in support of the brave men and women rebelling against the Communist Regime.  In Miami Springs, residents put together a rally right here on Curtiss Parkway.  Then share it on social media.

CHECK IN ON CUBAN FRIENDS

The Cuban exile community is very emotional right now.  Seeing Cubans being beaten, shot, and arrested for seeking freedom is incredibly frustrating for us in the states.  We worry about family members in the island.  Will they be arrested or beaten?  What will the government reprisals be for not falling in line to the will of the Communist regime? 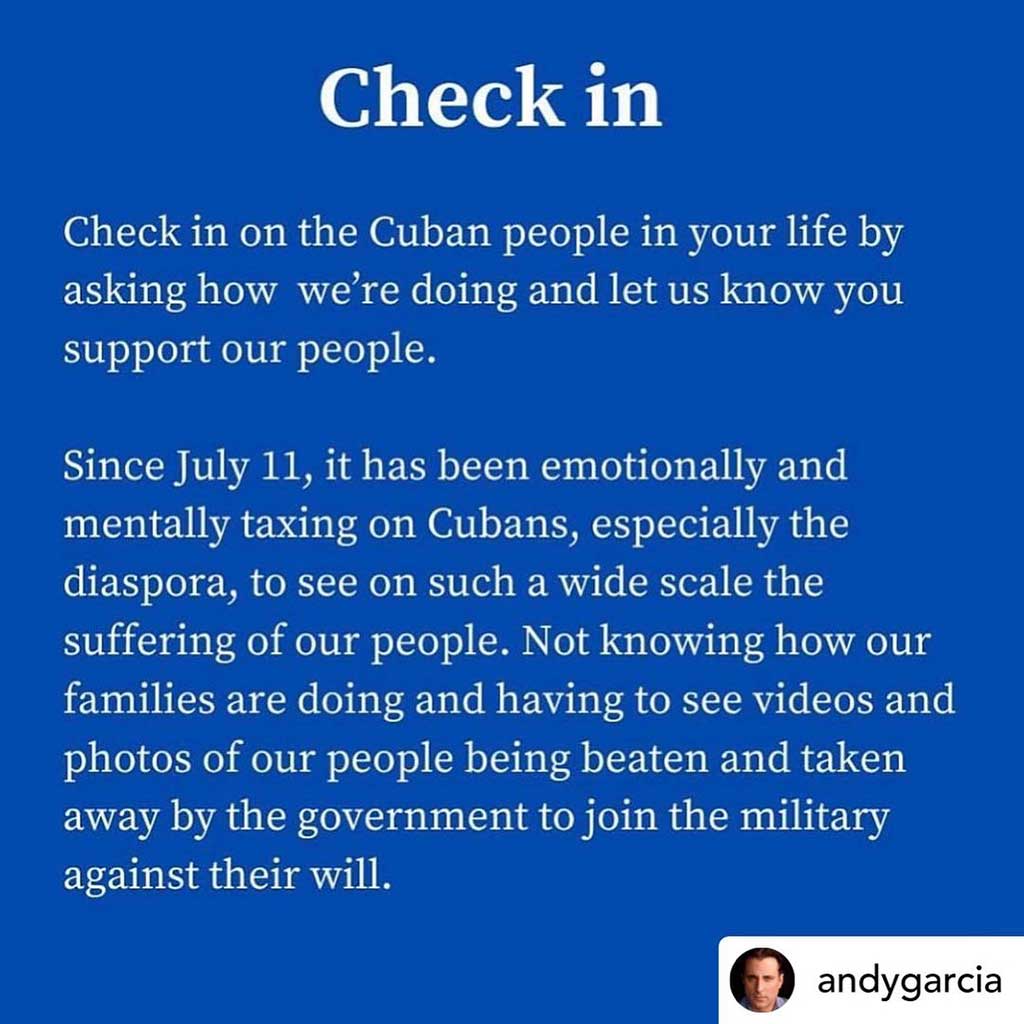 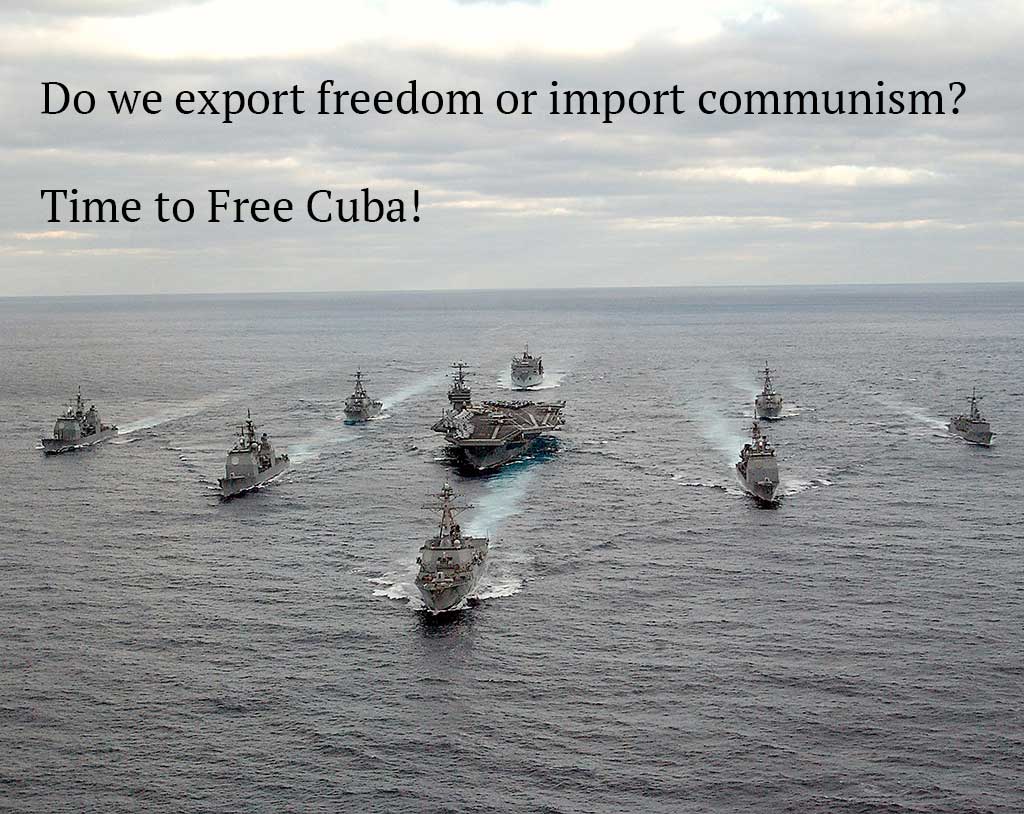 LEARN ABOUT THE CUBAN PLIGHT 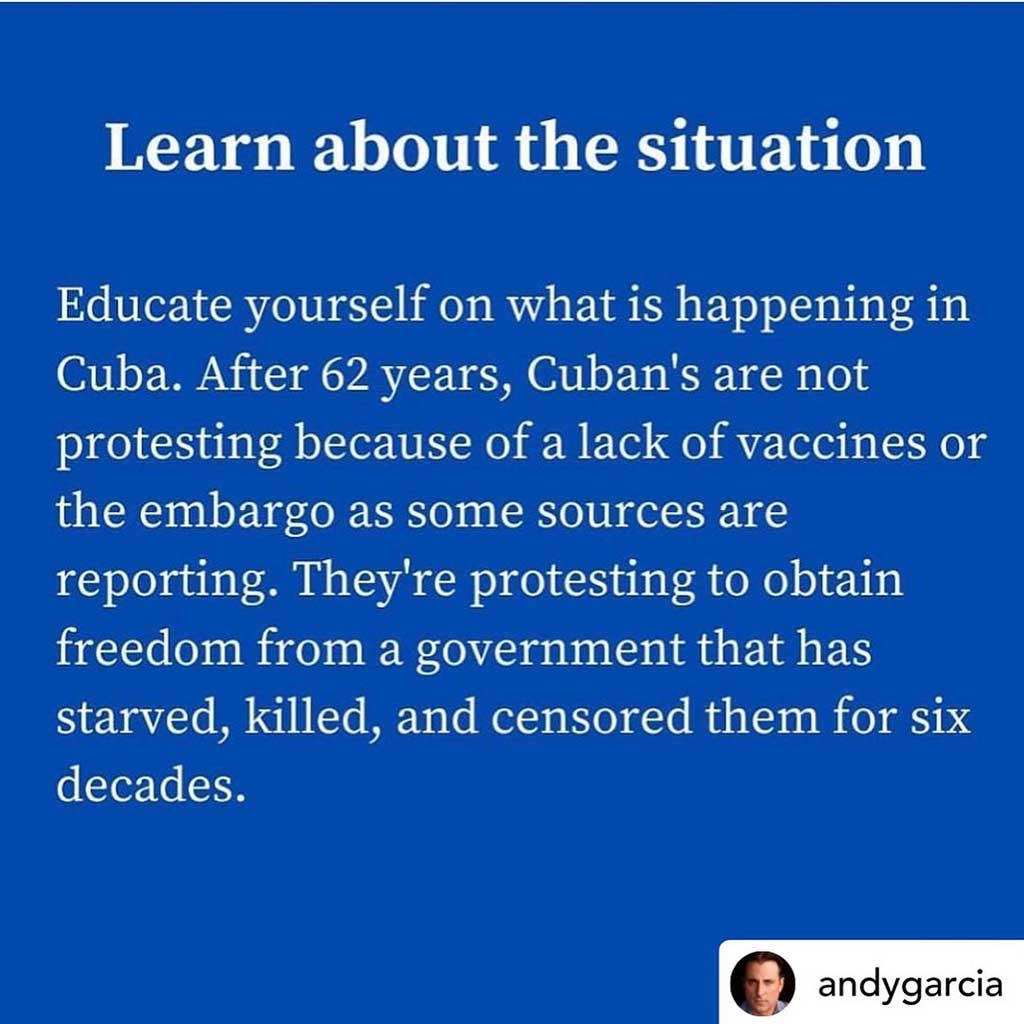 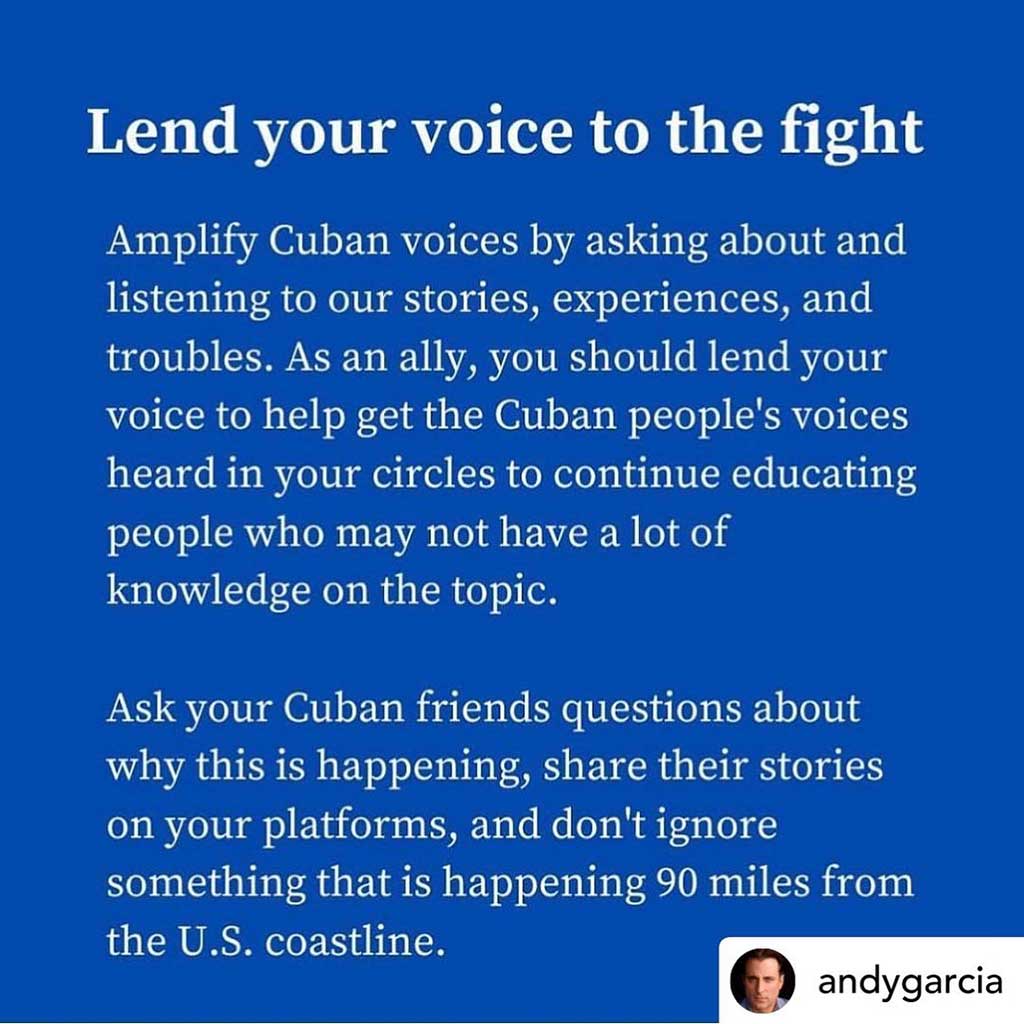 AMERICAN BENEFITS OF A FREE CUBA

Here’s a partial list of benefits Americans will receive if Cuba were free!  Please add other benefits in the comments section. 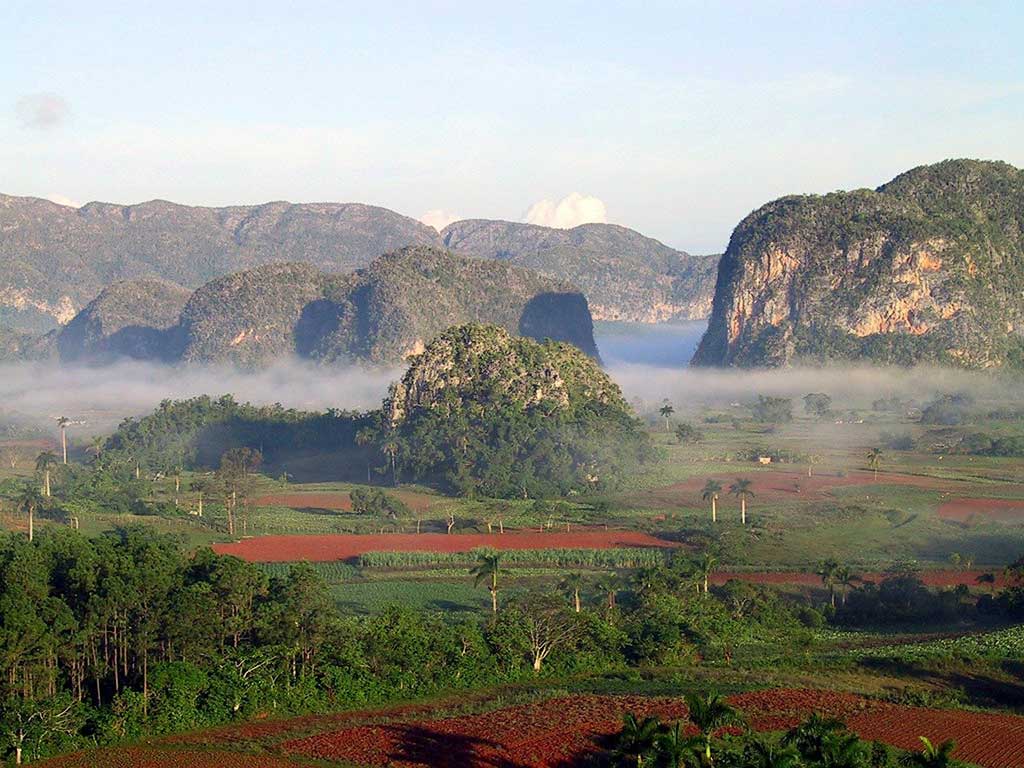 For all these to happen, we’ll need a FREE Cuban Democracy with Capitalist principles that would allow the Cuban people to finally benefit from the fruits of their labor.

This is the song and the anthem for the current movement.  We, the freedom loving people of the world, need to do everything in our power to help the Cubans achieve liberty and freedom.

WHAT DO YOU THINK?

Do you care about the plight of the Cuban people?

Do you think we should help them?

What would you do to help the Cuban people?

Should the U.S. get more involved?

Should the U.S. Military get involved?

What else can we do to help the Cuban people?

Please share your thoughts in the Comments or via Social Media.