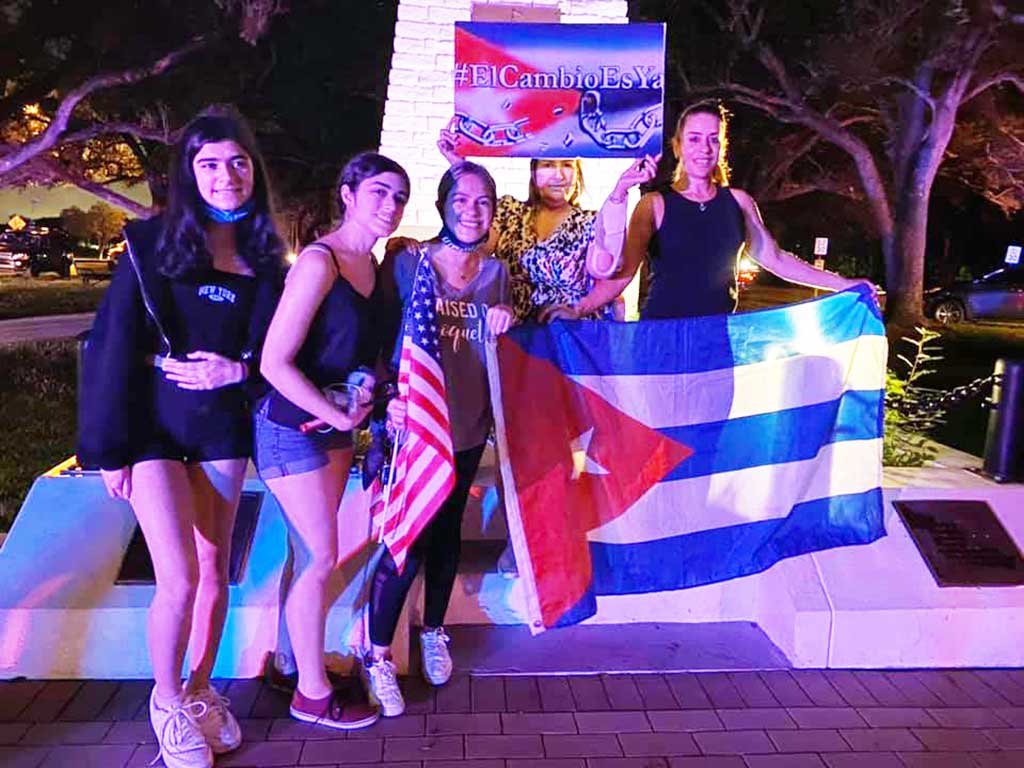 Miami Springs residents joined in a march along Curtiss Parkway on Friday in support of the people seeking freedom in Cuba.  The event was posted on the Miami Springs Community Group on Facebook on Friday, July 16.  The event was promoted as a “candlelight silent march in solidarity with Cuba.  We mourn the deaths and support Cuban political prisoners.” 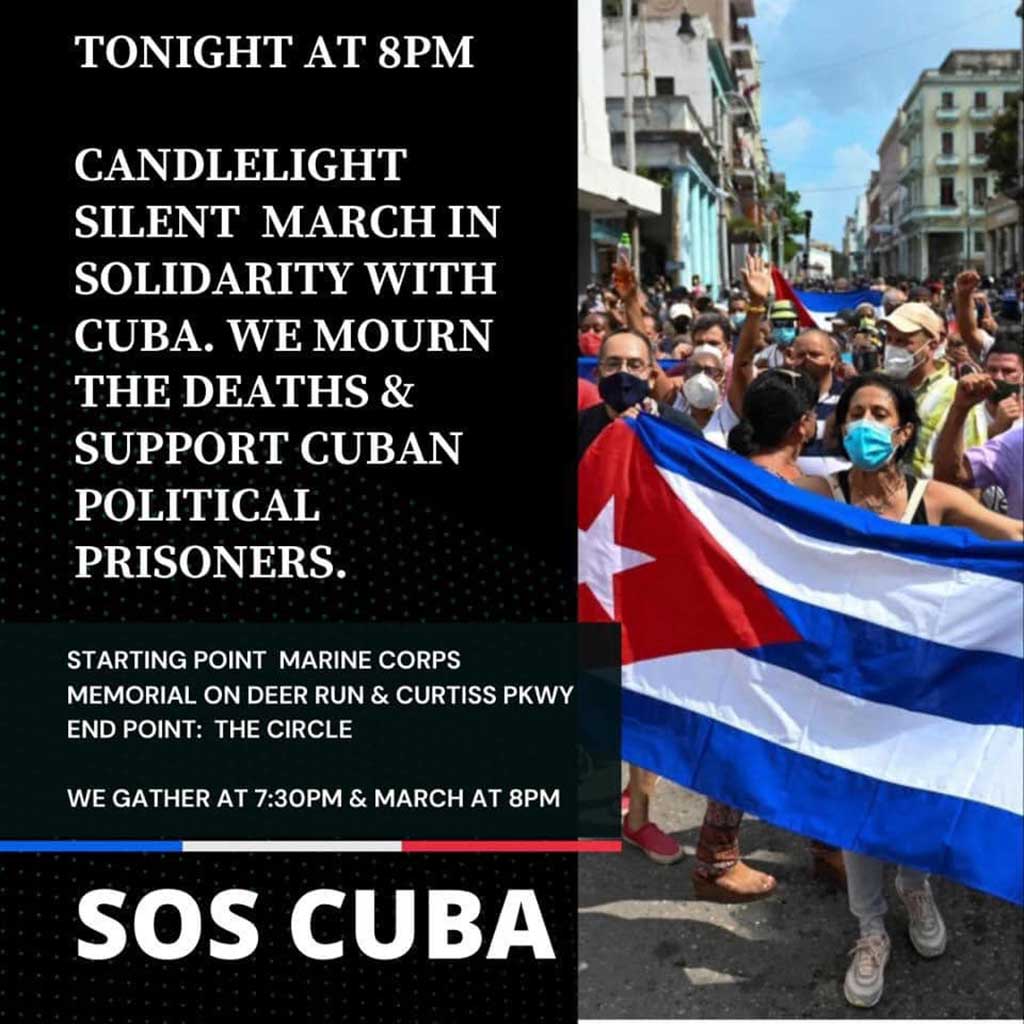 The starting point was the Marine Corps Memorial on Deer Run and Curtiss Parkway.  The group gathered at 7:30pm with the march beginning at 8pm.   The conclusion of the march was at the Circle.

As you can see by the photos shared on the Miami Springs Community Group on Facebook, it was a very peaceful march with lots of Cuban and American flags.  The latter, of course, being the ultimate symbol for freedom.

We’d like to personally thank everyone who was involved in this pro-freedom march.  (We had a family wedding yesterday and could not join or cover this event.)

This has been one of the most hopeful, worrisome, and incredibly frustrating times for the Miami Cuban exile community.  We are seeing the uprising many of us have dreamed of so we’re hopeful that change can happen.  We’re worried as we see people being killed, shot, beaten, kidnapped, and disappeared.  We worry about the families losing their young boys who have been taken away from their homes.  Even young female bloggers have been forcibly removed from their homes while live streaming.  We worry about the beatings, incarcerations, and punishment that will no one will ever see as they will be delivered behind closed doors.  And we are frustrated as we see a golden opportunity for change in the country slip through our fingers without the help from Washington.

.@MaElviraSalazar: “The most urgent thing that we could do” for the Cuban people is to “provide internet.” @Tom_Basile https://t.co/VlT7z8drtO pic.twitter.com/p8iJbV9Uj6

And it asks supervisors to monitor @Facebook & make a list of any employees who are critical of the regime pic.twitter.com/M2VxxCBYF2

The regime in Cuba mobilized young people, arming them with bats to attack their own people

In addition to the march on Curtiss Parkway, students and faculty at Miami Regional University (located in Miami Springs) joined the Freedom for Cuba movement outside the school waving Cuban flags and supportive T-Shirts.

Some additional photos posted to the Miami Springs Community Group on Facebook: