For the first time in memory, Miami Springs City Hall was maxed out to capacity.  Seating was full on the second floor.  There was backup seating on the first floor that was full.  Plus, there were residents standing outside City Hall watching the meeting on their smartphones. 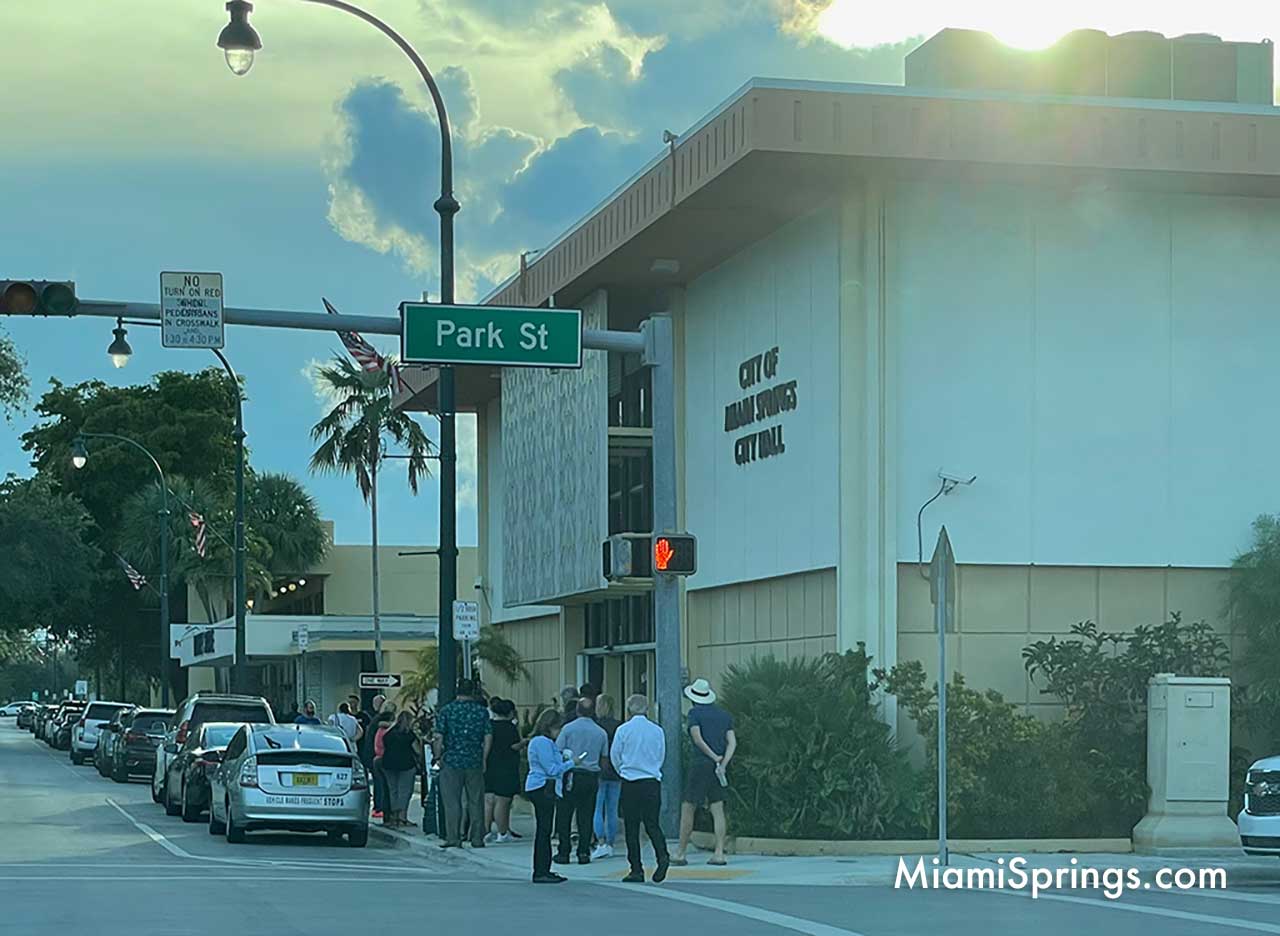 The reason for the record setting crowd was the concern that Miami-Dade County Commissioner Oliver Gilbert had proposed legislation that would give the County control over zoning around rapid transit.  The RTZ or Rapid Transit Zone would allow higher density housing that theoretically would allow for 6 story building in the bird section. 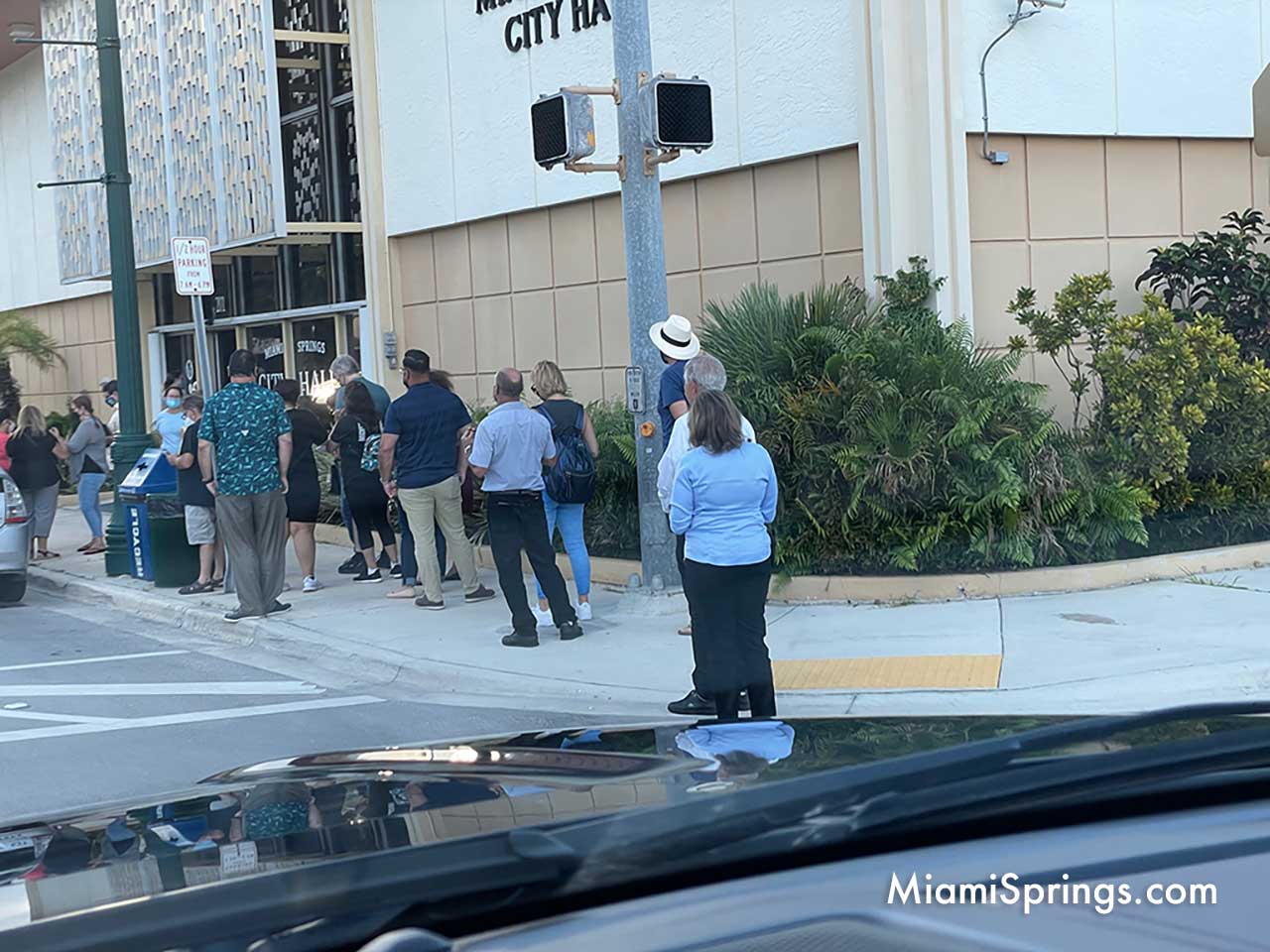 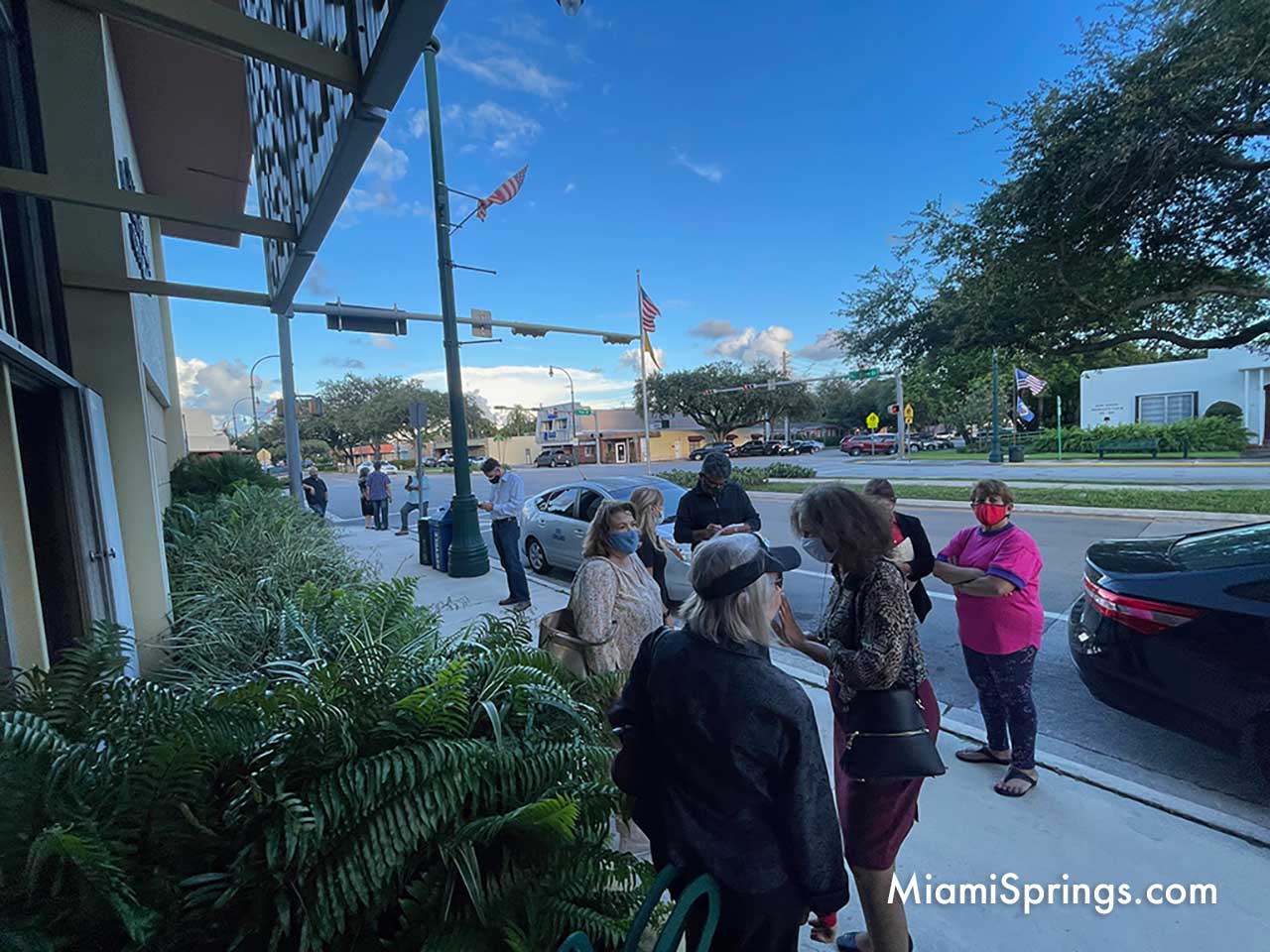 However, I don’t think anyone feels completely comfortable.  (1) It’s very easy to add Miami Springs back to a new zoning map.  (2) Miami Springs should always feel uncomfortable with any law that allows the County to control the zoning of ANY municipality. 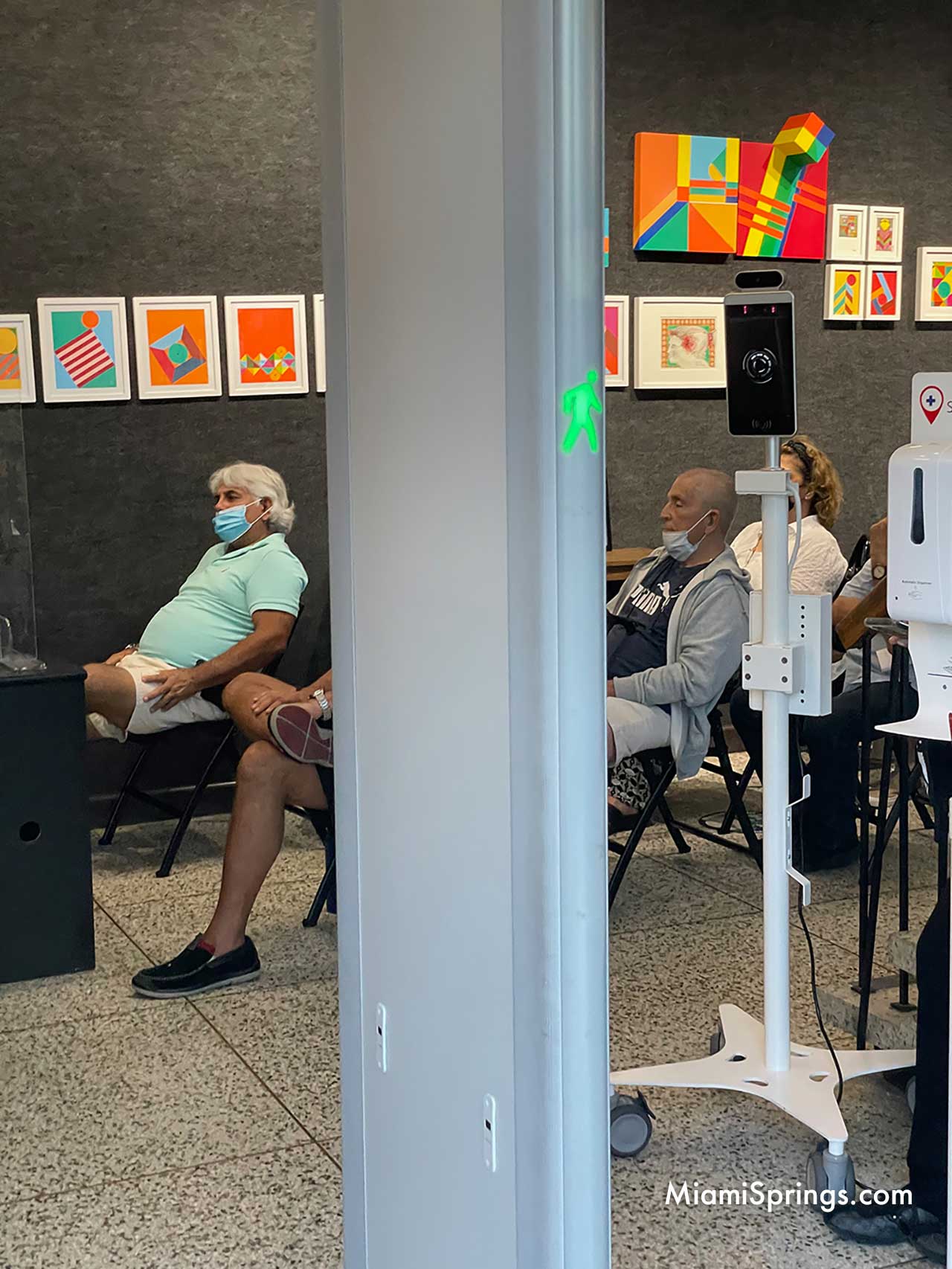 Charlie Leonard spoke up during public forum and expressed the uneasiness eloquently with one word:  “Uncertainty.”  Until we know for certain that Miami-Dade County will not usurp local zoning rules, we must stay vigilant.  Leonard said, “I still feel uncertainties.”  He also added that he would like, “the County would not to interfere – at any point – with Miami Springs zoning jurisdiction so we control our future.” 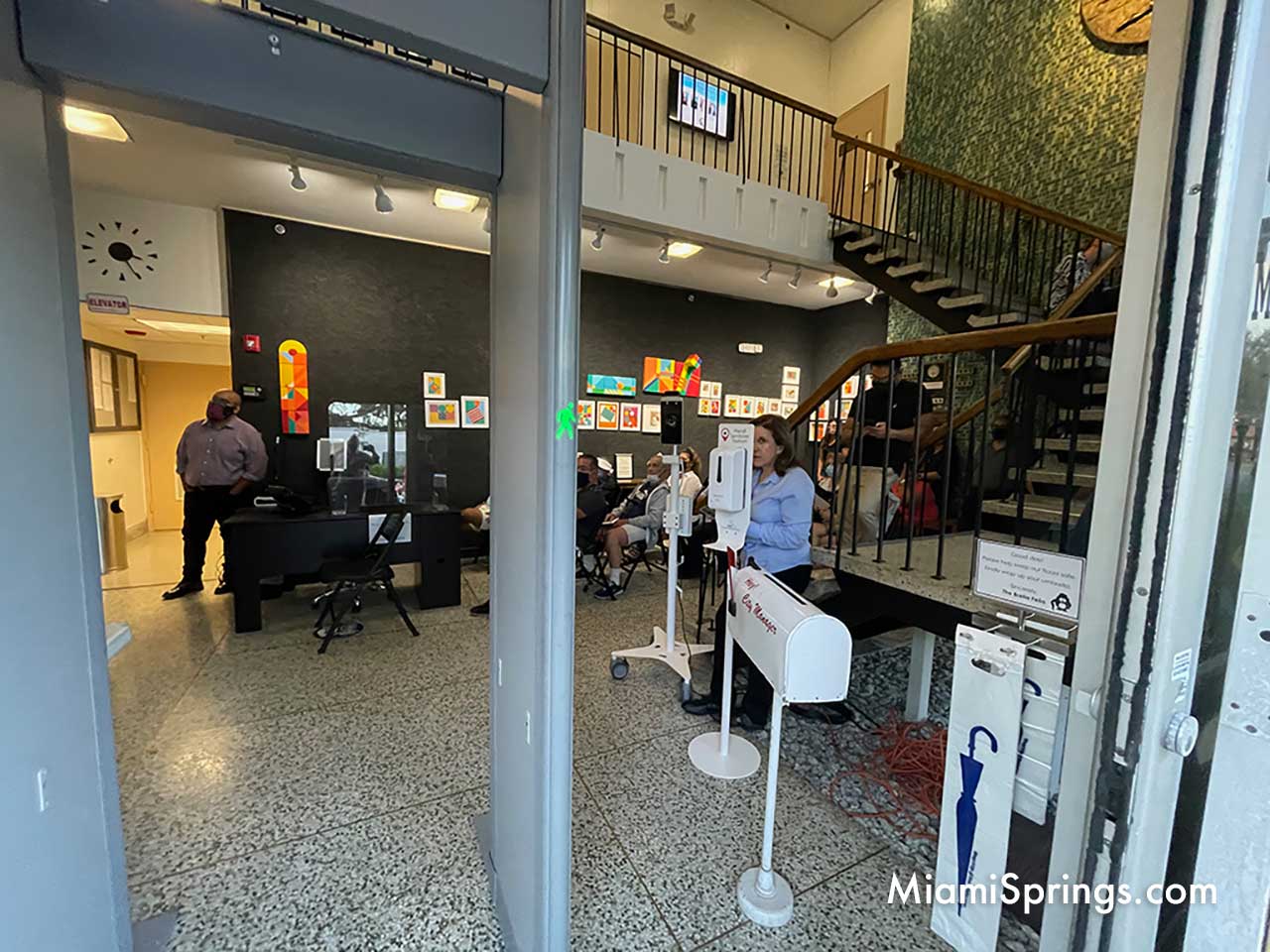 Chuck Pastel also spoke up during public forum and brought up prior promises from the County that were never followed through.  He said, “we need to be very careful about what we’re told and what we’re promised.”

Caridad Moses also expressed the uncertainty.  She stated “I don’t want anyone of us to fall for a false sense of security.  We must take the fight to the County.”

Victor Anchiposky stated in Open Forum, the worst thing you can hear is “I’m here from the County and I’m here to help you.”  He told the Council to stay on the County and make they don’t back out.”

Osvaldo Arbelo shared his concern of the development within the RTZ within the unincorporated areas surrounding the bird section.  Basically, he’s saying we might get surrounded by the impacts of the Rapid Transit Zone just outside our borders.

Other than Miami-Dade County District 1 Commissioner Oliver Gilbert stating that “Miami Springs was off the Map” there was nothing definitive put in place stating that the County won’t come back to take control over some sort of zoning.

Furthermore, when asked if Miami Springs could be exempted from the RTZ, Commissioner Gilbert held back and stated that he felt uncomfortable with the word exempted.  So while there doesn’t seem to be any eminent threat by the County to take over zoning, it’s something the public, Council, and the press needs to continue to watch over to ensure we protect our way of life in Miami Springs.

How common are iguanas in Florida?

Christmas Celebration on the Circle