That’s a total of 90 residents that have tested positive, plus another 32 staff members that have also tested positive.  That’s 122 confirmed cases of the virus associated with Fair Havens.  Unfortunately, 3 residents of the facility have died from the virus with a 4th under investigation. 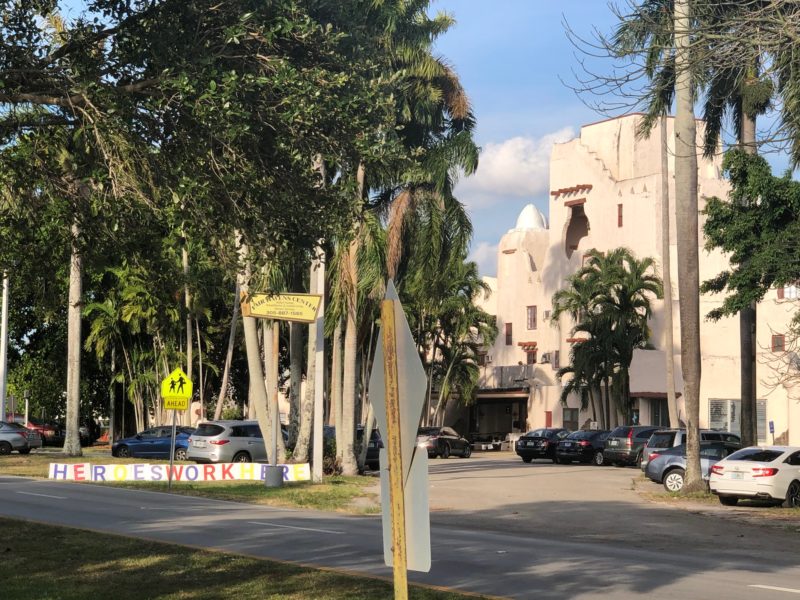 Built by Curtiss-Bright Properties at an estimated cost of $275,000., this massive multistory Pueblo revival style hotel opened on December 15, 1927. This was the largest of the Pueblo theme buildings in Country Club Estates. Glenn Curtiss wanted to have a luxury hotel available for the tourists coming here from the North who were devotees of golf and other sunshine sports and he spared no expense to make this building (commonly called “Pueblo Hotel”) as authentic as possible. Furnishings were in the Pueblo Indian theme, and there were hand woven Pueblo Indian rugs on the floors. The Thunderbird motif (Indian symbol for rain and prosperity) is on the front facade of the central section of the building and was used elsewhere as a decorative feature throughout the interior of the hotel.

Unfortunately, after the economic devastation of the Great Miami Hurricane of 1926 (ironically the same year as the incorporation of the City of Miami Springs) and then the devastating impact of the Great Depression, the local economy could not support the hotel. 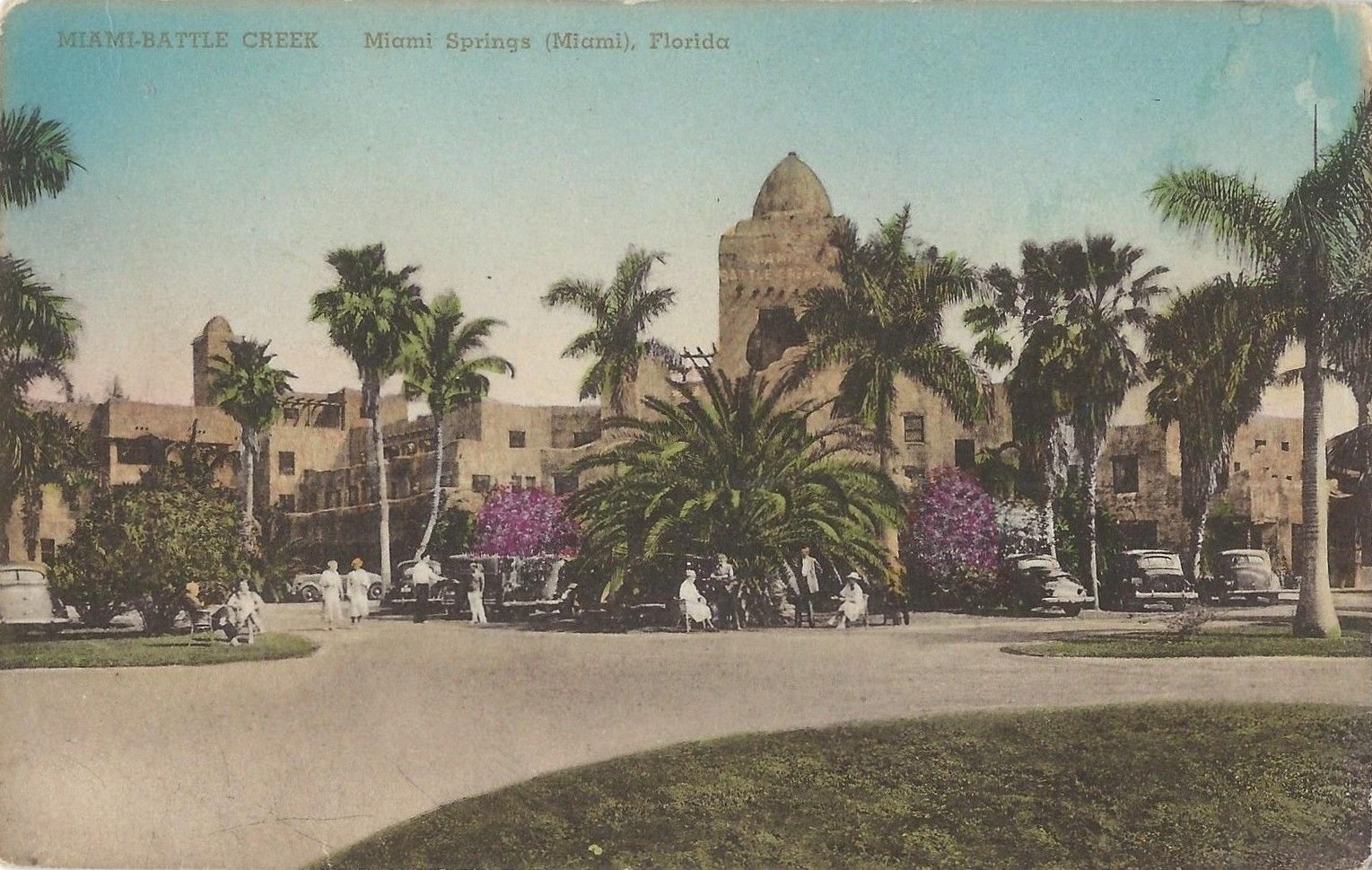 In 1929, DR. JOHN HARVEY KELLOGG, internationally known physician nutritionist (Kellogg’s cereals) rented a home in Country Club Estates and liked the area so much from a healthful standpoint that he decided to open a health sanitarium here. He patterned it after his famous Battle Creek Sanitarium in Michigan. Mr. Curtiss offered him the “Pueblo Hotel” for the token sum of $1.00, and he gladly accepted. Miami-Battle Creek Sanitarium opened in 1930. During this period of use by Dr. Kellogg, some very distinguished persons came to the facility including Thomas Edison and George Bernard Shaw During World War ll it was used as a rest camp for the Air Transport Command. After the war, it continued in operation as Miami-Battle Creek Sanitarium. 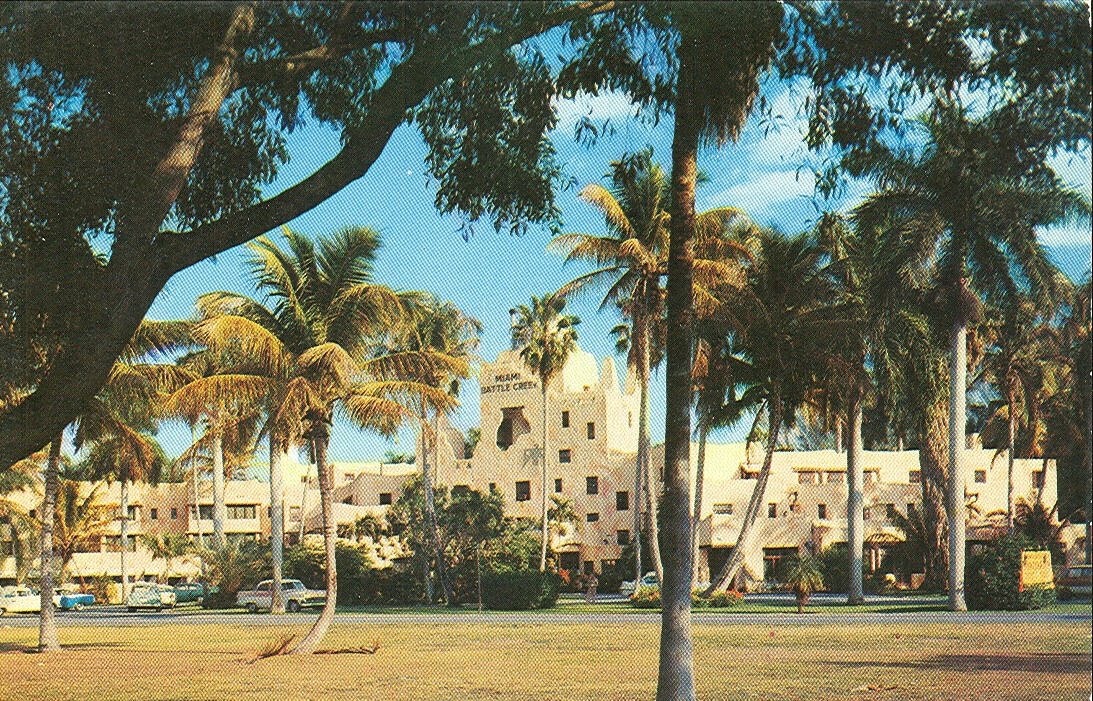 It was sold in 1959 and converted to a health spa (Paten Spa).  It was sold again in 1962 to the Lutheran Services for the Elderly, Inc., who operated the facility as FAIR HAVENS CENTER (a long-term health care facility and retirement home).  Because of the unique architectural and historical significance of this landmark building, it was the first site to be DESIGNATED MIAMI SPRINGS HISTORIC SITE IN FEBRUARY 1984 by the City of Miami Springs Historic Preservation Board.

Unfortunately, Fair Havens fell into the hands of Philip Esformes, the convicted Medicare Fraudster. Philip Esformes was sentenced to 20 years in prison and had to forfeit the property.  (See the story below.)

We reported in January of this year that Fair Havens was sold for $29 Million.  (See story below.)

The River Cities Festival is Finally Back!