In fact, you might remember when Dharma Tattoo, located on Curtiss Parkway, painted a mural in the rear of their location (facing a parking lot).  It was an artfully done mural, but it violated the City Code.  The City came after the small business owner and forced the mural to be painted over.

That leads us to the Wynwood style mural at the United Teachers of Dade Headquarters located at 5553 NW 36th Street.  Again, this is another beautiful mural with a beautiful message.  No one has a problem with the message.  But it violates the City Code.

In addition, we all know the UTD is extremely involved in politics.  They recently endorsed Miami Springs City Councilman Victor Vazquez on his candidacy and even hosted former President Barack Obama during the 2020 election season.

The City of Miami Springs has already issued a warning to the UTD.  The next steps would include an official citation for the violation followed by a possible hearing with the Code Enforcement Review Board.

Now the UTD is no small business just trying to make ends meet.  They have money for attorneys and lots of political influence.  But does the UTD believe Miami Springs rules don’t apply to them?  On May 11th, the UTD sent in a permit application which was rejected by the City.  Despite that rejection, as you can see, the UTD has the mural up anyways.

(Follow up NOTE:  We noticed on the UTD Facebook Page, that they actually posted the Mural to their FB page on March 19th.  That means, the UTD asked for a permit from the City AFTER they painted the mural.  I’m sure some Miami Springs residents have been fined for far less in a lot less time.) 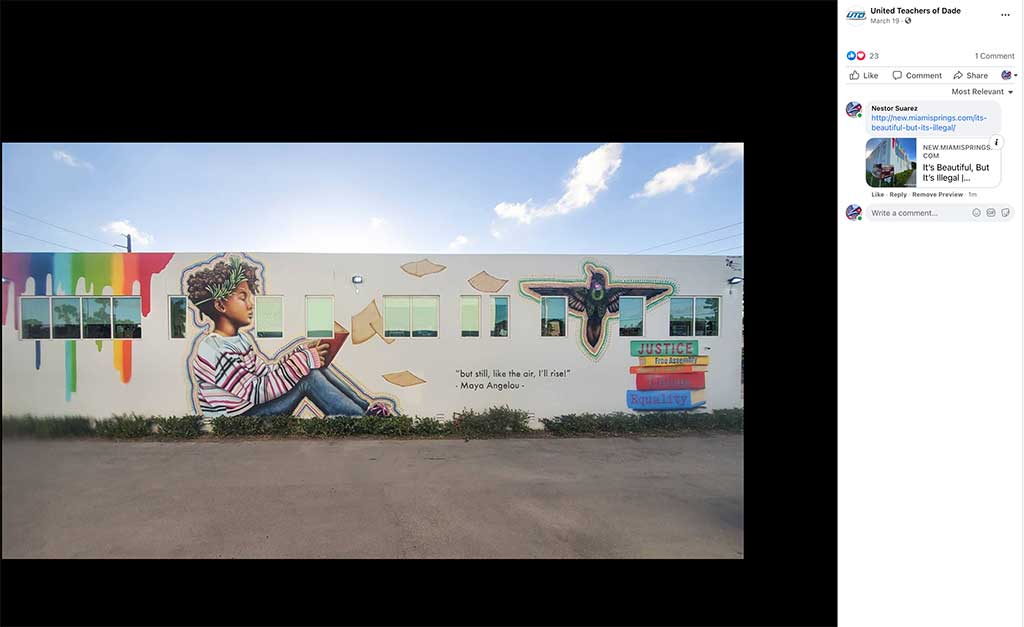 Some of you might be thinking, “Who cares?  Let ’em have the mural.  It’s nice.”  We agree. The mural is beautiful.  But if it’s allowed it sets a precedent that now allows any business to paint murals across the entire sides of their buildings…Both tasteful and not so tasteful murals.

More importantly, this is a story of a very powerful and politically connected organization that, by their actions, has snubbed their nose at Miami Springs rules and Miami Springs neighbors.

Let’s put it another way.  It’s not fair that a small business owner is forced to cover up his mural, but the big powerful UTD gets to keep their mural.  No.  What’s fair is fair.  Either we allow murals or we don’t.  If the Dharma Tattoo had to cover up their mural, then the UTD needs to do the same.  I’m sorry, but that’s fair.  That’s equal application of the law to all.  We shouldn’t give exceptions to the politically connected. 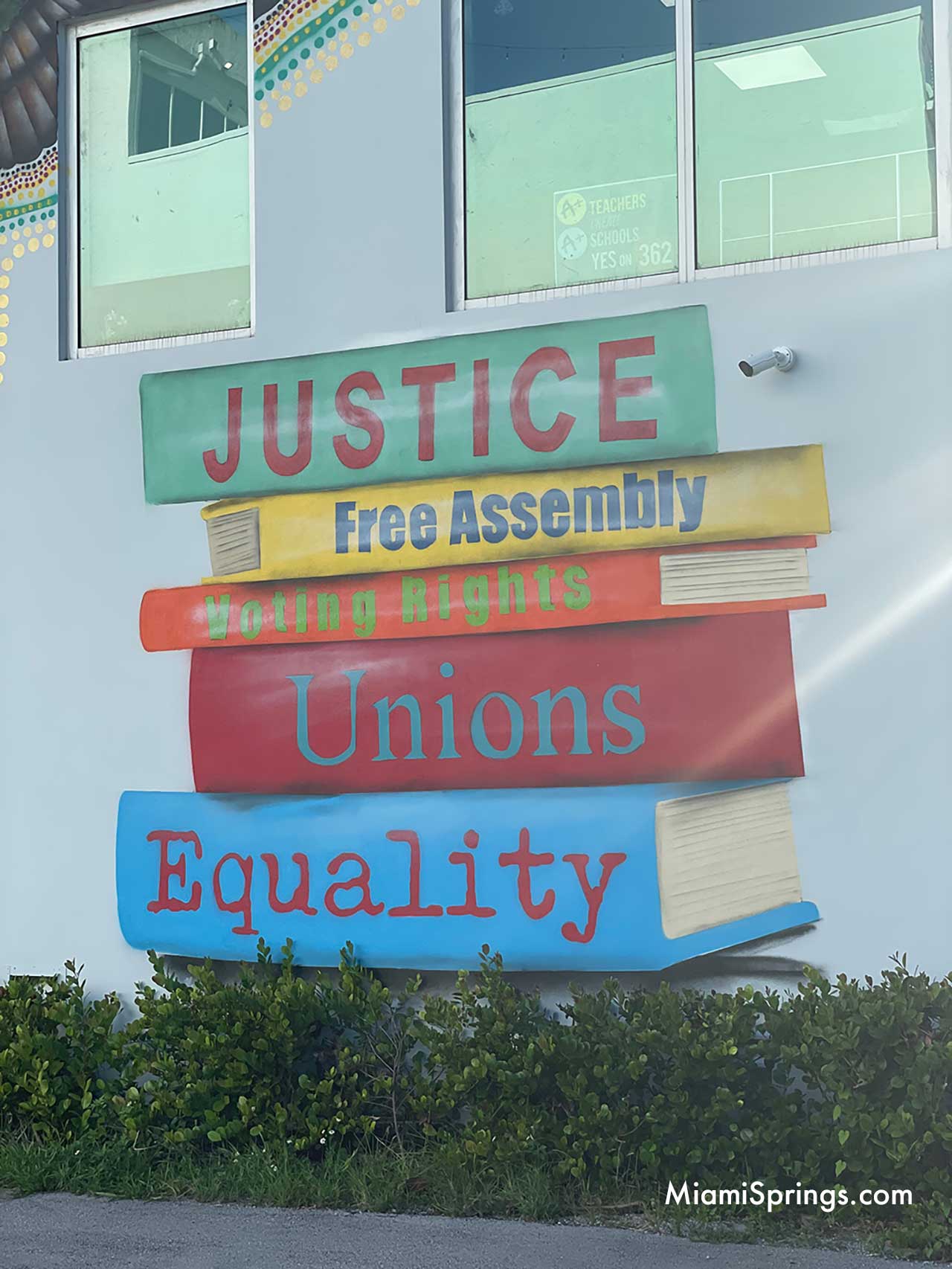 I hate to do this as I’m quite fond of the mural.  It really is beautiful.  However, it pisses me off to no end when a little guy, in this case, a small business owner, gets punished, but the big guy attempts to do whatever they want.

The BBQ Grill: Angel or Demon?