The news wasn’t great yesterday.  Tua Tagovailoa, the Miami Dolphins starting quarterback, was ruled out for this Sunday’s playoff game.  Tua has not cleared the concussion protocol.  Furthermore, this is probably the best thing for Tua’s long-term health and career. 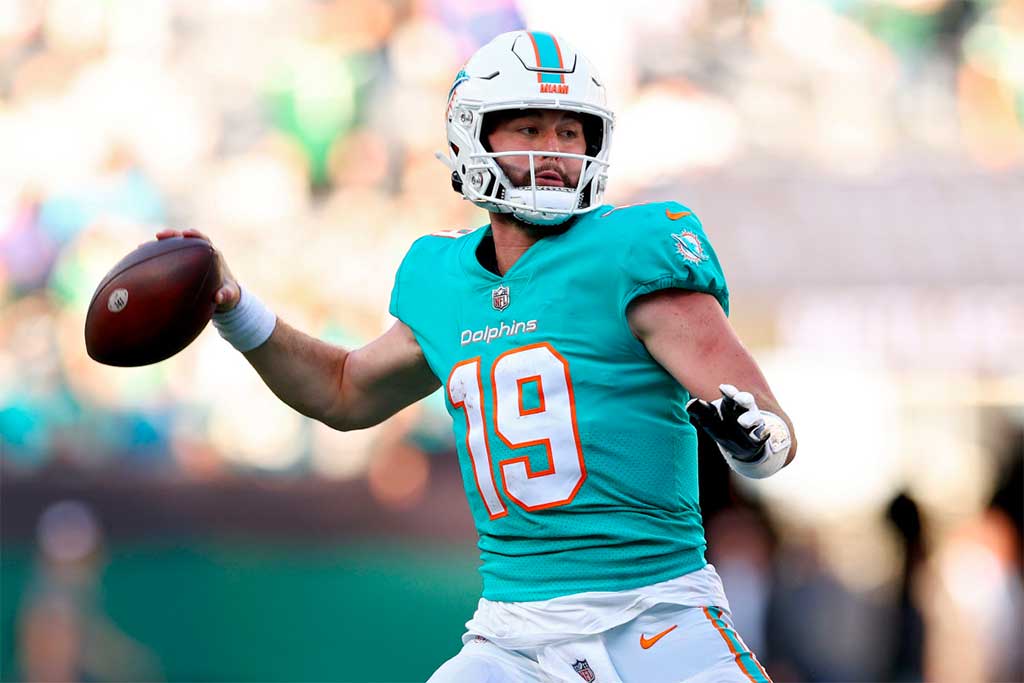 That said, rookie Quarterback Skylar Thompson has a golden opportunity to become a Dolphins legend this weekend.  Thompson secured a roster spot after balling out in the pre-season.  Thompson has shown glimpses of potential.  Skylar, you are starting this Sunday for the Miami Dolphins first playoff game since 2016.  You are blessed with a dynamic running game and the best wide receiving duo in the NFL.  Now what are you going to do with this golden opportunity?  Rise up to the occasion or crumble under the pressure?  We’re rooting for you to become the Brock Purdy for the Miami Dolphins.  Let’s go!

I know what you’re thinking.  What the heck does this weekend’s Miami Dolphins playoff game have to do with Miami Springs?

First of all, the Miami Dolphins have a long and storied history with the greater Miami community.  They were the first pro franchise to call Miami home.  They are still the only undefeated team in NFL History.  They’ve played in five Super Bowls under the leadership of Don Shula.  And of course, they won two of those Super Bowls.

As a young kid, I had the opportunity to watch the Dolphins play in the 1982 Super Bowl with David Woodley and former Miami Springs resident, Don Strock.  The excitement throughout South Florida was absolutely nuts.  It repeated again in 1984 with a young Dan Marino leading the Miami Dolphins to the Super Bowl against the legendary San Francisco Forty Niners.  We had visited my grandparents in Hialeah before heading home to watch the SuperBowl.  I remember two things about that drive home:

Now, being a Dolphin fan has not been easy.  Growing up with so much success and knowing that Dan Marino could always come back on any opponent, we were spoiled.  Since Dan Marino and Don Shula, we’ve had countless changes in quarterbacks and meaningless coaches who failed miserably.  But right now, it appears we may have a winning formula.  The Dolphins have a brilliant Yale graduate “Nerd Coach.”  He’s weird.  Maybe goofy at times, but he’s making the adjustments to make into the playoffs in his very first year as head coach.  Furthermore, we haven’t had the kind of passing attack we’ve seen this year since the days of Dan Marino and the Marks Brothers.  So the excitement is real.

Woody’s Backyard Grill is hosting a Miami Dolphins Block Party this Sunday, January 15th at 1pm.  Come cheer on the Miami Dolphins this weekend.  The weather is going to be crisp and cool.  It’s going to be perfect for an outdoor block party.  Woody’s is going to have outdoor games.  Challenge your friends on the most accurate passing.  There’s going to be a giant inflatable field goal challenge.

Oh, and there’s going to be live music with a radio remote featuring Doc Reno from BIG 105.9.  They are raffling an autographed and certified Xavien Howard Jersey.  Plus there’s a silent auction for Dolphins Memorabilia.  Plus there’s also a 50/0 raffle to benefit the My Family Matters Foundation.

There’s going to be plenty of extra outdoor seating and they’ve added an additional smoker to help feed everyone something delicious!  Join the party this Sunday and Let’s go Dolphins!

Could You be a Mystery Shopper?

Interview with Motorcyclist Injured by Hit and Run Accident