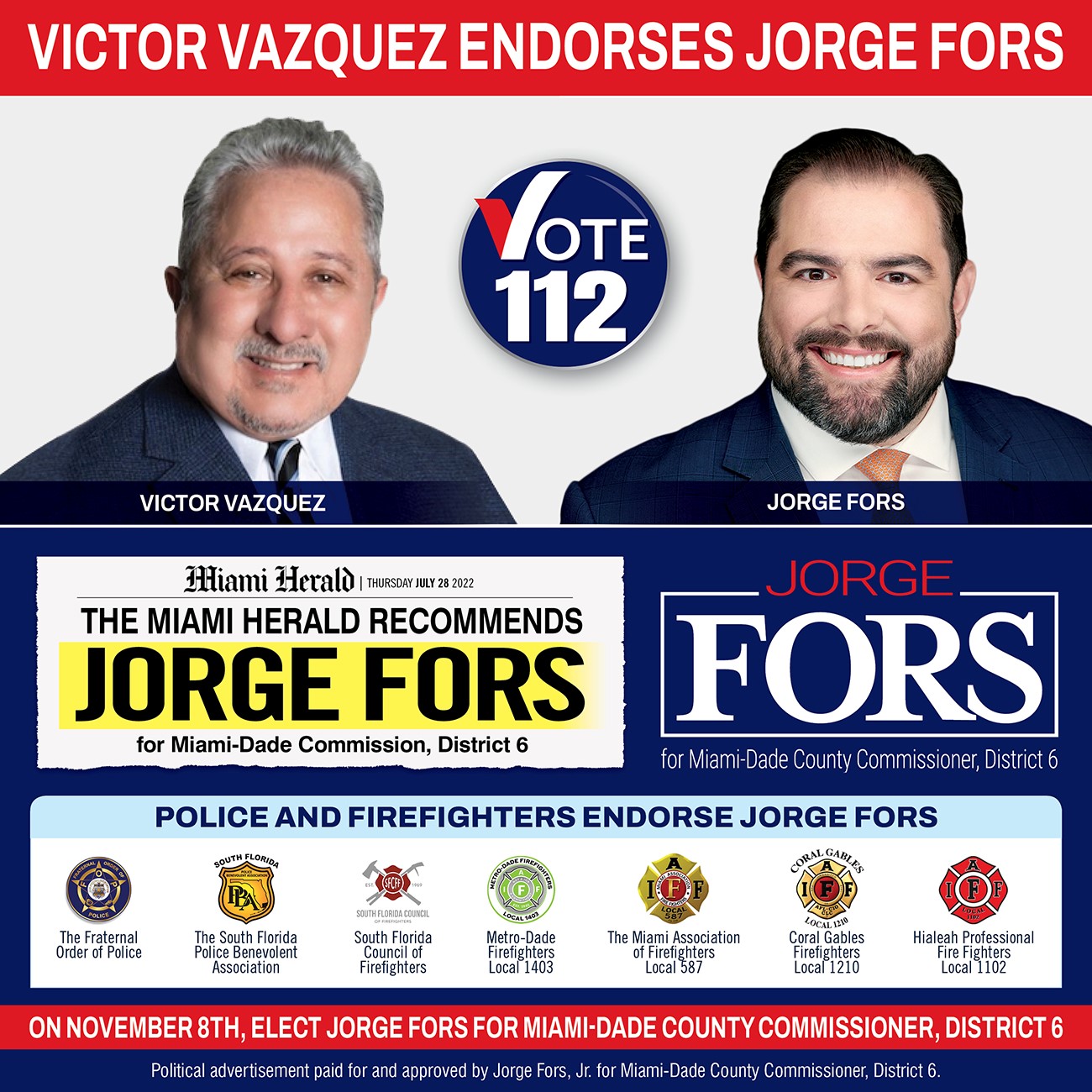 In an attempt to gain additional voters, Jorge Fors successfully acquired the endorsement from one of his opponents, Miami Springs Councilman Victor Vazquez. Hypothetically, if Fors were to add the 18% from Victor Vazquez to the 26% share of the votes he received in August, it would put him at 44%.

Fors posted the following to social media:  “Honored to announce that my former opponent in our County race, Miami Springs Councilman, Victor Vazquez, is endorsing me in the runoff. Victor garnered impressive support in the 1st round and strongly recommends that his supporters #votefors in the runoff.”

Of course, when it comes to big names, Kevin Marino Cabrera secured the biggest name in national politics to endorse him:  Former President Donald Trump.  It’s an unusual endorsement as Trump has traditionally distanced himself from endorsing local candidates.  However, Kevin Cabrera was a significant volunteer for the Trump re-election campaign and this may be considered a big thank you to Cabrera for his support of the former president.

We interviewed Kevin Marino Cabrera before the primary election.  You can see his interview below.  However, we’re scheduled to interview Mr. Cabrera again next week.  What questions would you like us to ask Kevin Cabrera?  Let us know in the comments section.

We also interviewed Coral Gables Commissioner Jorge Fors before the primaries.  We’ve reached out to Mr. Fors to schedule a follow up interview with him as well.  We’d love to get your input on the questions you’d like to ask Jorge Fors before the election in November.  Leave your feedback in the comments section or via social media.