On Thursday, March 25, 2021, there was yet another accident at the intersection of NW 36th Street and Curtiss Parkway (aka NW 57th Avenue). The accident involved a motorcycle and a blue Toyota SUV / Crossover.  It appeared to be a RAV 4. 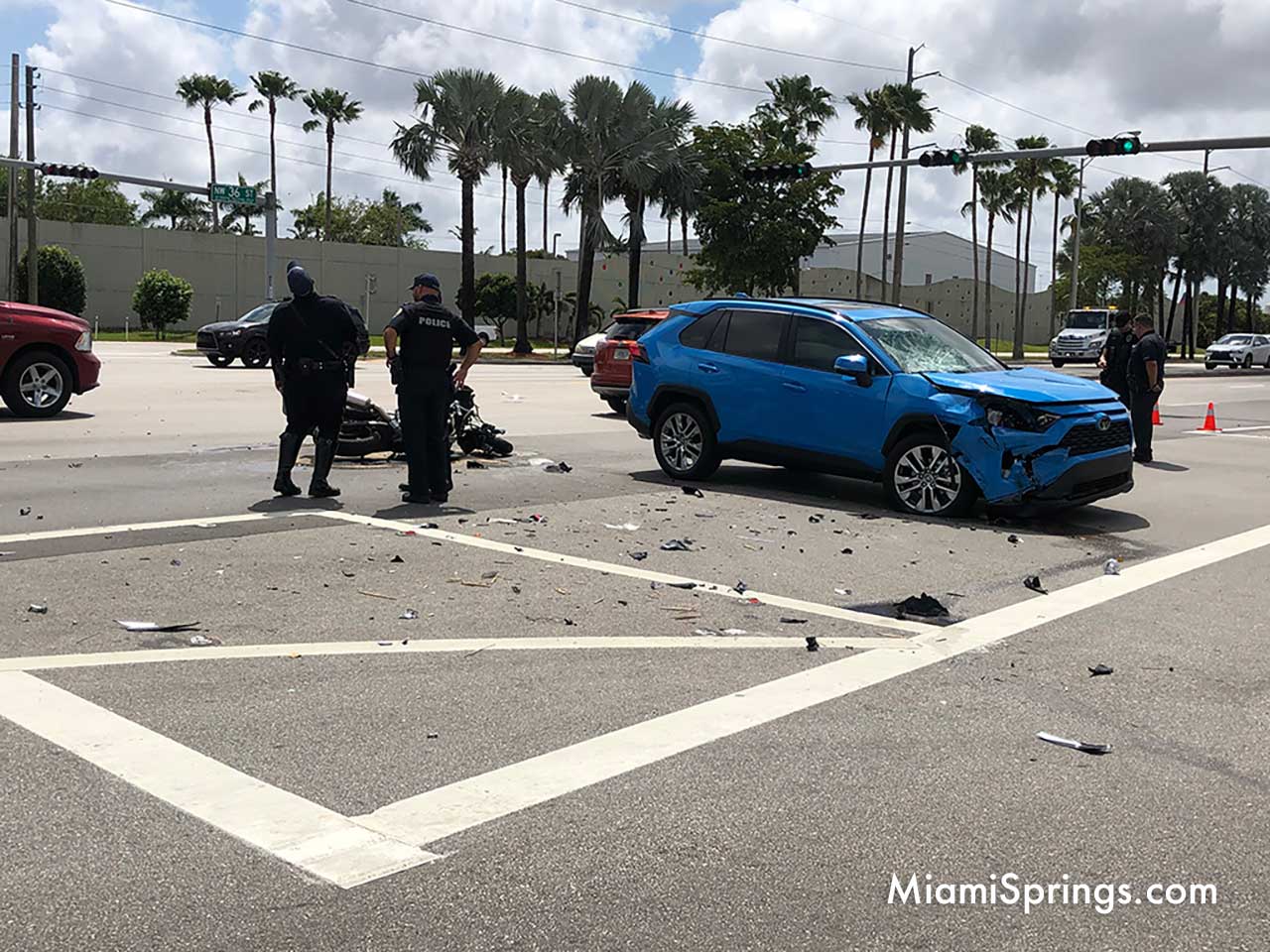 According to initial reports from the Miami Springs Police Department, the accident was not fatal. Upon arriving at the scene we saw Miami-Dade Rescue leaving the scene.  We believe, but have yet to confirm, that the driver of the motorcycle was transported to a local hospital with non life threatening injuries. 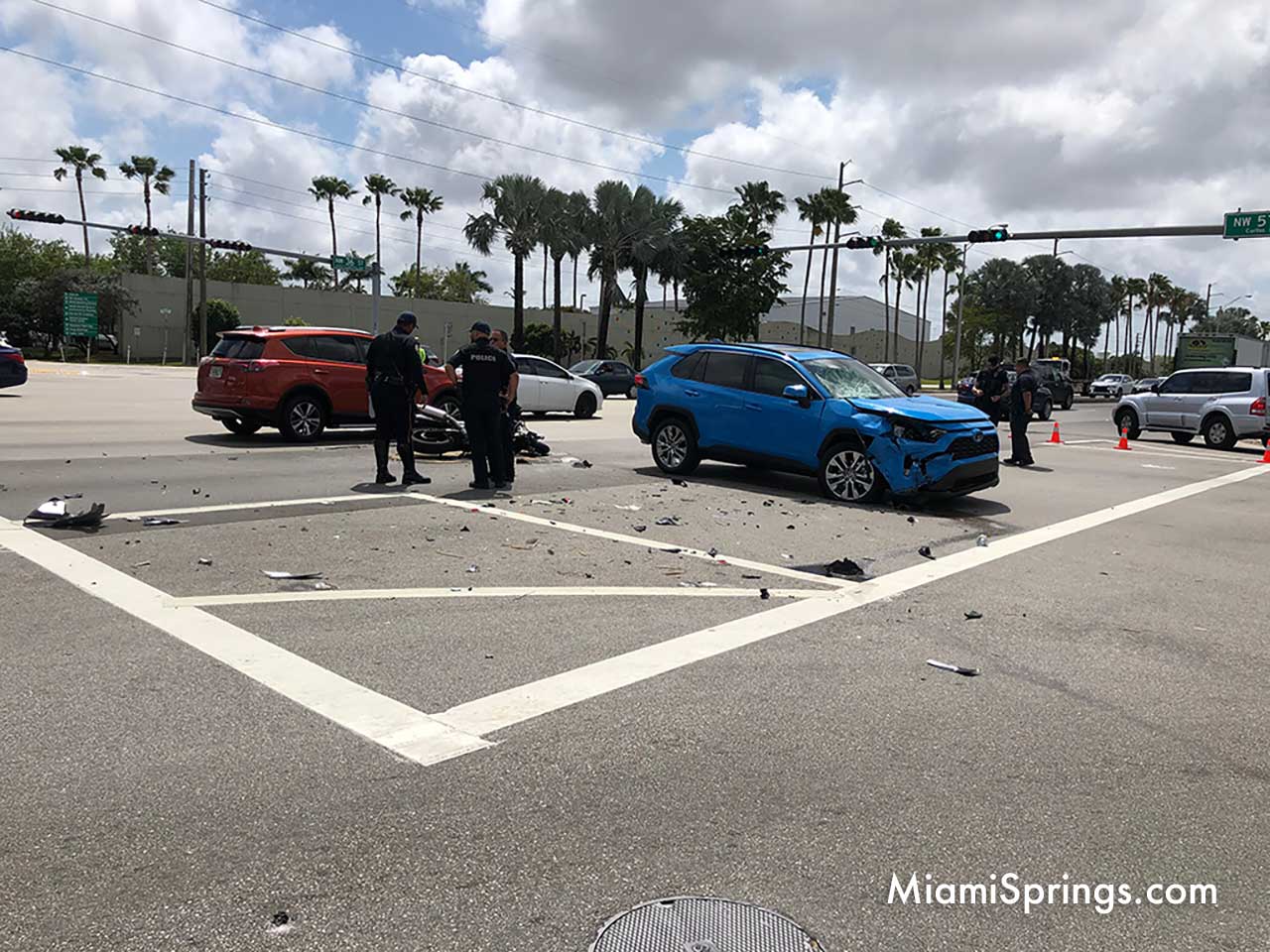 We believe the driver of the SUV to be the lady sitting in the median on the phone.  She appeared to be just fine. 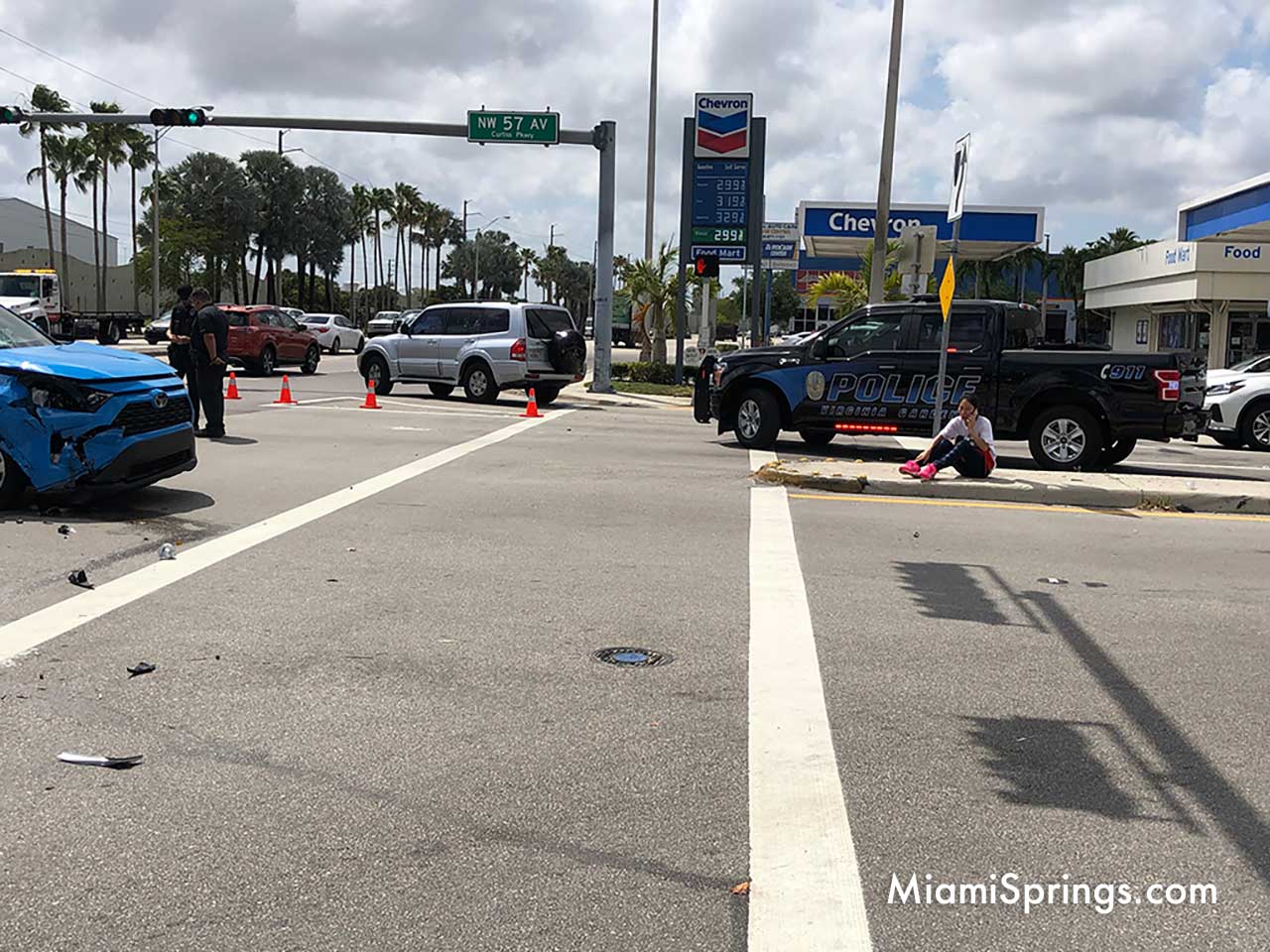 As you probably already know, this is yet another in a string of accidents that have occurred at this intersection.  Recently the FDOT agreed to begin a study of the intersection.  Virginia Gardens Mayor, Spencer Deno, has requested that the FDOT install a left turn on green arrow only at the intersection to prevent some of these accidents from occurring. 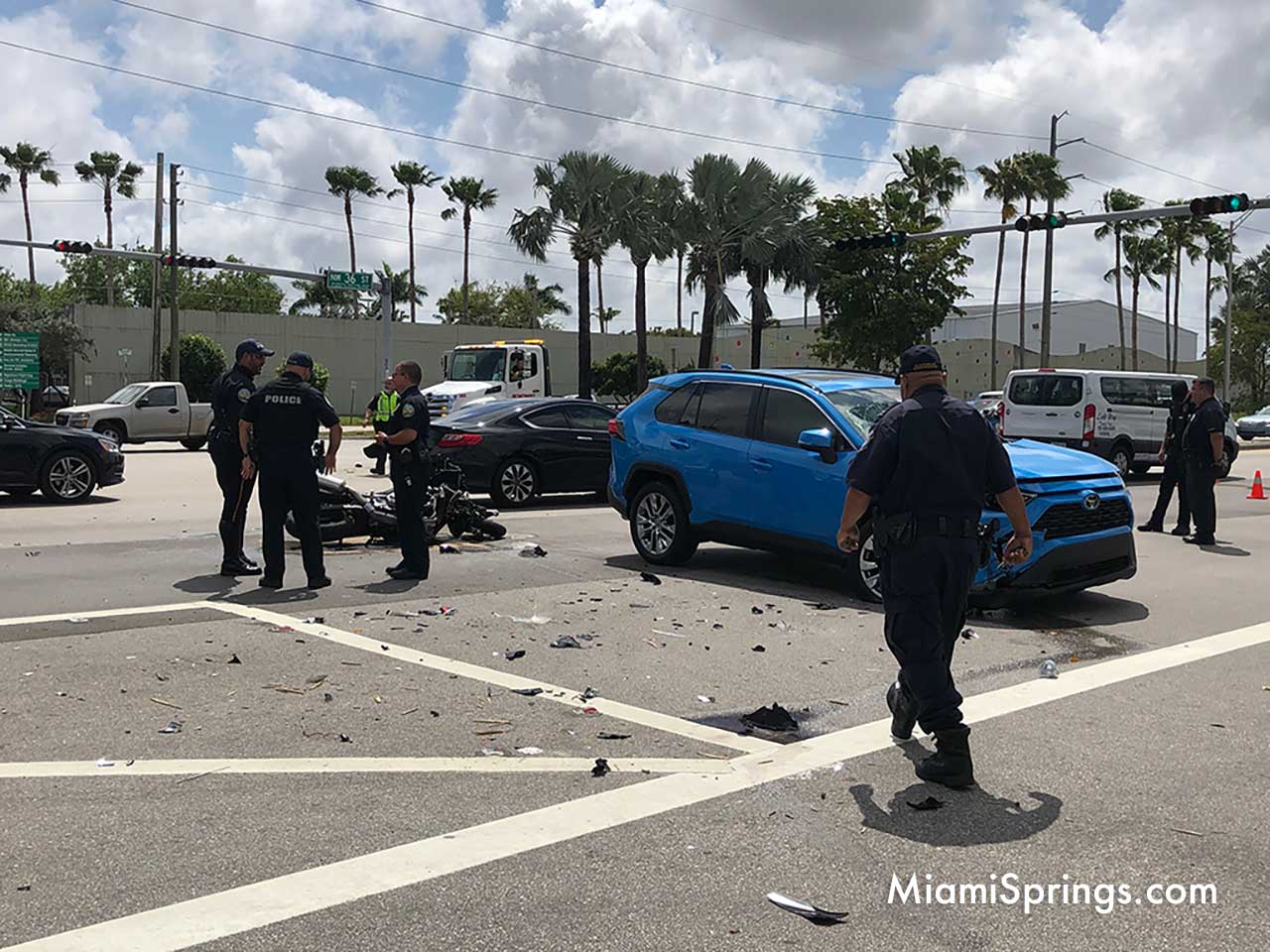 Do you agree?  Should the left turn on eastbound NW 36th street be changed to left on arrow only?  If not, what would you do to make the intersection safer?  Leave your comments below or via social media.