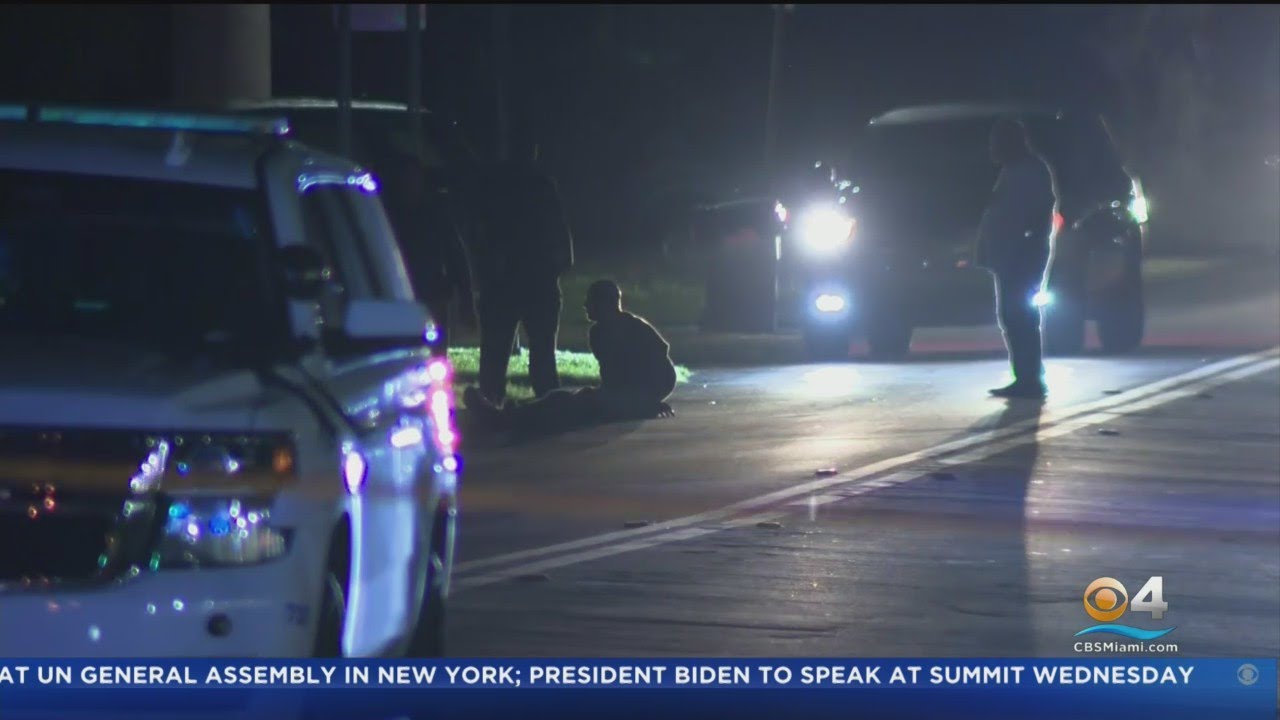 Early this morning, we noticed residents reporting about helicopters with search lights and a heavy police presence along East Drive / Stafford Park area on the Miami Springs Community Group on Facebook.  We posted onto social media of a report of a suspect at large.  Early reports had indicated officers had requested backup in the area of 311 East Drive to setup a perimeter for a suspect at large just shortly after midnight this morning.

Since then, we’ve learned that Opa-Locka Police were searching for a man that was wanted on arson charges. Apparently, the suspect barricaded himself at a home on East Drive.

You can see in the video above, that the garage door of the home was apparently torn down giving police access to the home where the suspect had been barricaded.

After several hours, Police were able to secure the suspect and place him into custody.

While the arrest occurred in Miami Springs, Opa-Locka Police is the lead investigative unit as the suspect was wanted for crimes that had allegedly occurred in Opa-Locka.

A SWAT standoff in Miami Springs ended with a man being taken into custody. https://t.co/HnDbjUxGIB

UPDATE | Source: officers faced off with a wanted person who barricaded himself at a home in Miami Springs @nbc6 pic.twitter.com/zIbY1PUAxn

#NewsAlert– Police have closed off an area in Miami Springs after a person has barricaded themselves inside of a home. https://t.co/3295hnfSNF