However, this shows a lack of experience and knowledge of how the Internet works.  It’s dismissive to think that all I would have to do is ask for people to post their name and voila, it’s no longer anonymous.  It doesn’t work that way.

For the record, Bill Daley is a really nice person.  We’ve interacted many times over the years and he’s a sweet guy.  He loves Miami Springs and he adores our Golden Hawks high school sports.  I’m taking a big guess here, but I suspect Mr. Daley has never run a website, coded software, or handled online security.  I suspect he’s never written HTML code or created a web form.

But let’s be fair to Bill.  He’s far from the first person, and I’m sure he won’t be the last person, that wants to know who made a comment online.  In fact, I’ve heard this for years.  They say, “Just ask people to post their name.”

Really?  Just post their name? Who’s going to police that?  Is that somehow going to stop someone from posting as Glenn Curtiss, Mickey Mouse, or a fake Bill Daley? 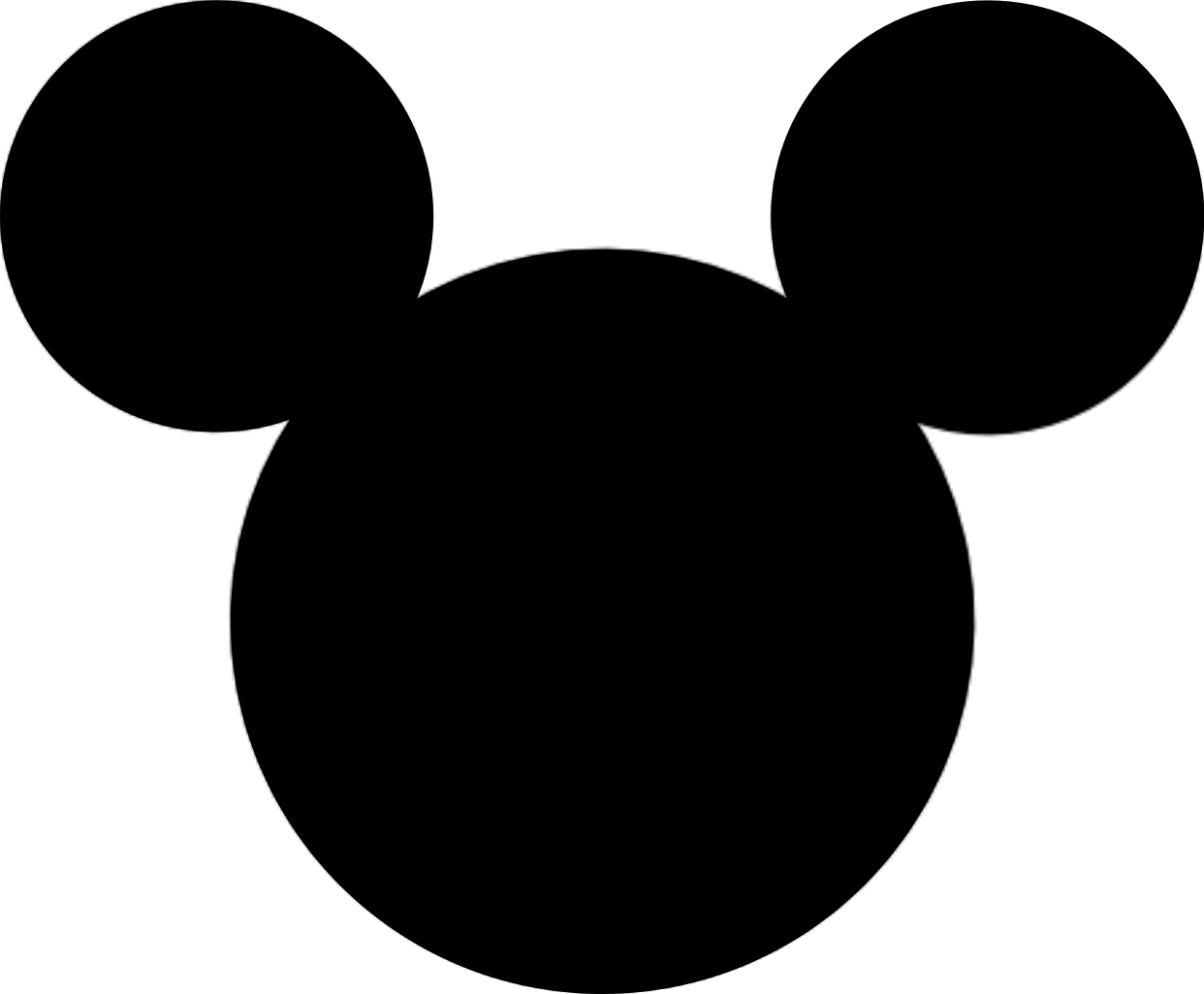 No.  Of course not.  Simply asking people to post their name won’t work.

Facebook has spent millions of dollars on their registration system.  Guess what?  Facebook is loaded with millions of fake accounts.

And don’t get me started on bots, electronic programs that create fake likes, followers, and fans.

Okay.  But surely…There must be a way to be able to identify someone’s identity before they make a post online.

Yes.  There is a way to identify.  It’s what the IRS, banks, and other financial industries use in an attempt to properly identify the person online.

Do you see how ridiculous it would be to truly identify everyone?  It would require thousands of dollars and countless hours to accomplish what at the end?  To please whom?  The Gazette?  City politicians? 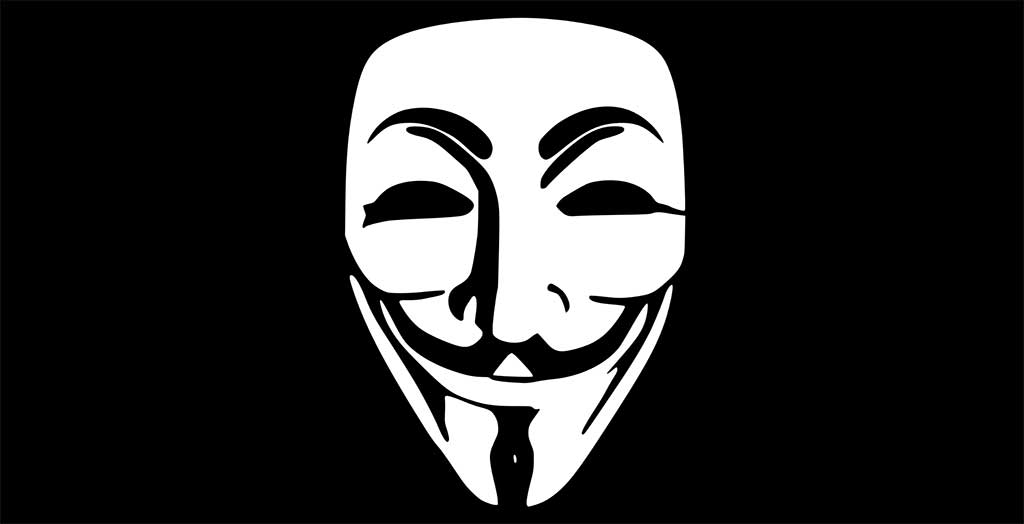 Now that we’ve shown how ridiculous it is to imply that there’s some magical way to identify people online that would prevent anonymous postings, let’s get into the concept of anonymous speech.

First of all, anonymous speech is protected speech.  In fact, it’s protected by the very first amendment of the United States Constitution.

Congress shall make no law respecting an establishment of religion, or prohibiting the free exercise thereof; or abridging the freedom of speech, or of the press; or the right of the people peaceably to assemble, and to petition the Government for a redress of grievances.

Anonymous speech also has a rich tradition in the United States pre-dating the Constitution itself. During the Revolutionary War, pamphlets were published anonymously supporting the separation from England.

Some of the American founding fathers including Alexander Hamilton, James Madison, and John Jay wrote several essays anonymously in support of the U.S. Constitution.  These essays became what we know today as The Federalist Papers.

Even the modern day court has come out in support of anonymous speech.  In 1995, Justice Stephens, of the United States Supreme Court, wrote in a ruling:

Anonymity is a shield from the tyranny of the majority. . . . It thus exemplifies the purpose behind the Bill of Rights and of the First Amendment in particular: to protect unpopular individuals from retaliation . . . at the hand of an intolerant society.

The Electronic Frontier Foundation, in conjunction with the ACLU of Washington, fought in a case in favor of free anonymous speech where the court declared:

the free exchange of ideas on the internet is driven in large part by the ability of internet users to communicate anonymously.

I kind of found it funny that the editor of the local newspaper (a competitor), with no experience publishing online, wants to imply that I’m not running the website correctly.

I don’t want to be rude, but it’s not 1975 anymore.  We live in a digital age where everyone walks around with a cell phone and wants to post, comment, like, share, etc.  Oh.  And they want it now.  Not in a week.

Now, I can understand why Mr. Daley doesn’t want people posting on MiamiSprings.com. MiamiSprings.com is a competitor.  In fact, I’ll toot my own horn here.  MiamiSprings.com has reached over 170,000 visitors this year (up 39% from last year)….and we’re live 24 hours a day, 7 days a week, 365 days a year.   (I suspect The Gazette’s reach has not grown by 39% year over year.) 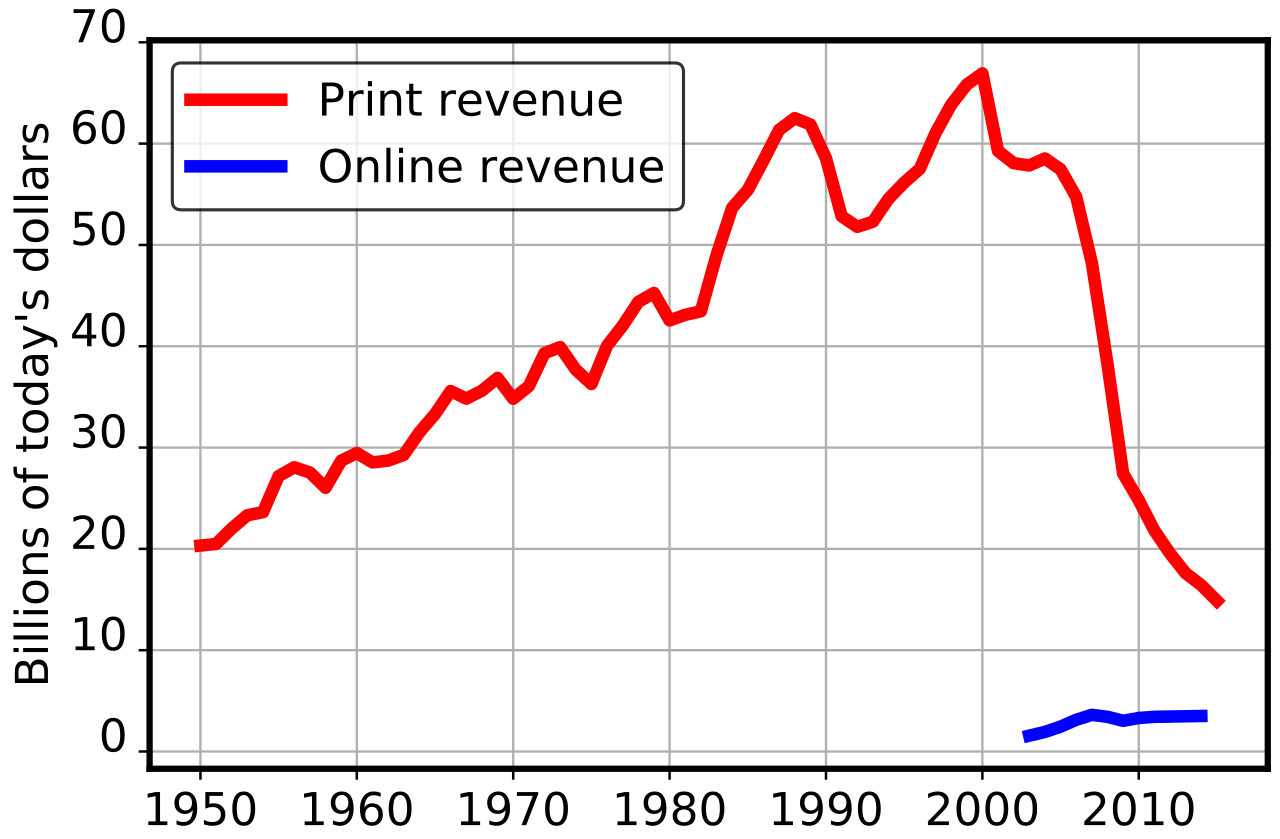 But let’s look beyond that.  The Internet has a huge advantage over print.  Anyone who posts a comment gets the instant gratification of seeing his or her post go live immediately.  They don’t have to wait a week to see if it made it into a newspaper.  Furthermore, they also get to see instant responses and counter arguments to their point.

Here’s a sample screenshot of a typical conversation on the forum.  In this case, there’s a mix:  Post-Halloween conversation as well as talk from the current lawsuit between former officer Dweck and the City of Miami Springs.

Of course, all you have to do is click here to see what all the talk is about. 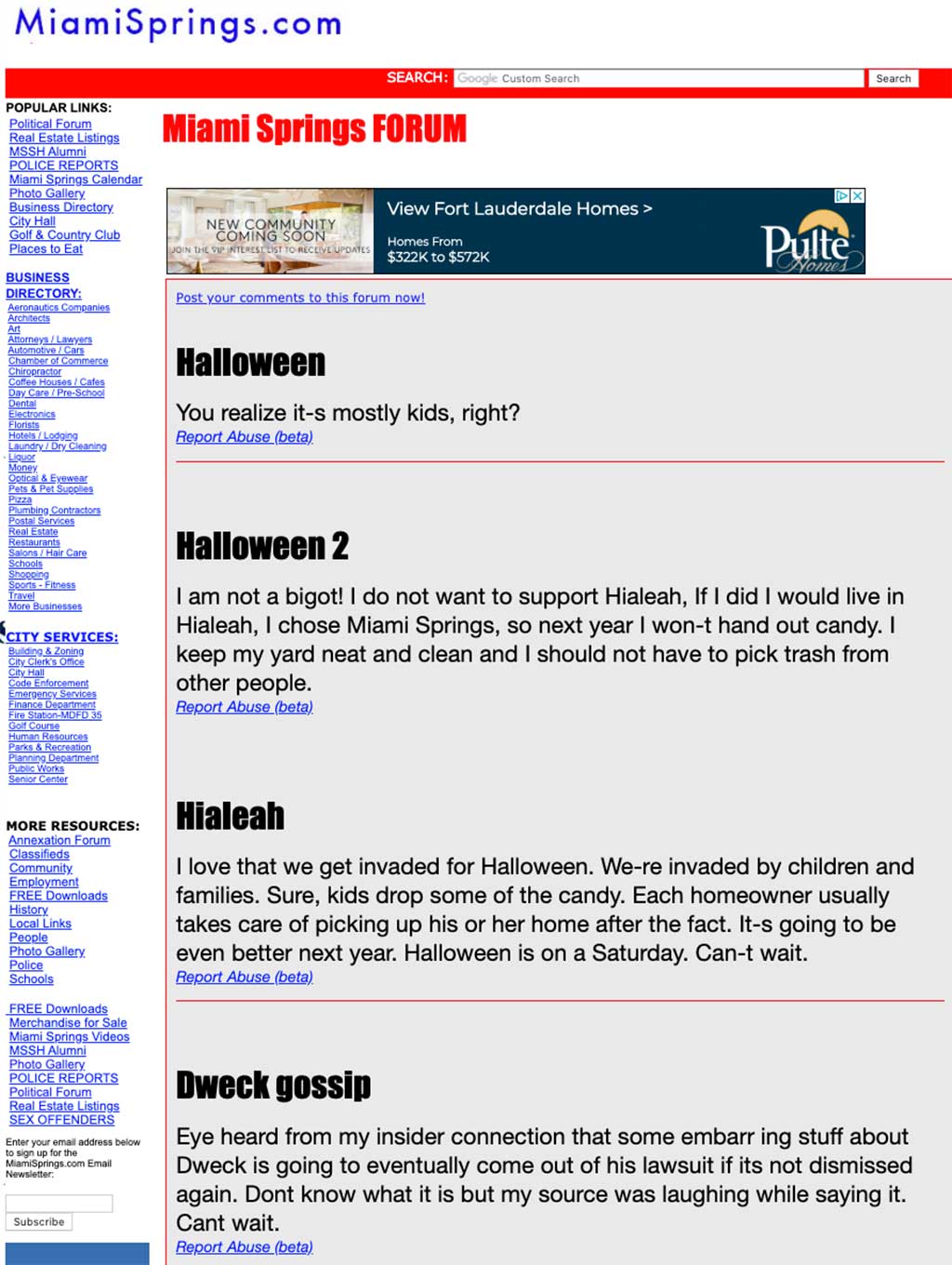