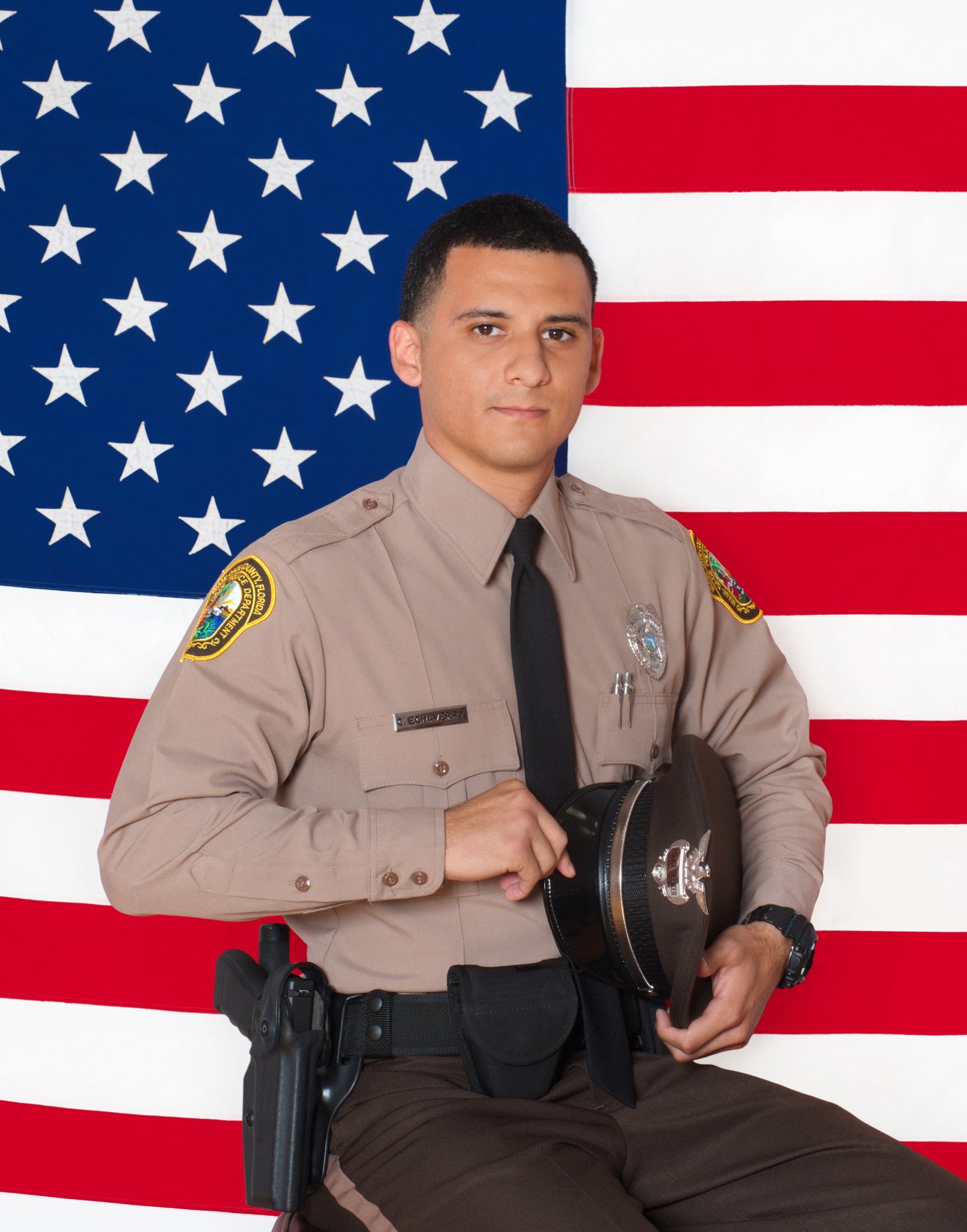 “It is with great sadness and heavy hearts that we announce the untimely passing of Officer Cesar ‘Echy’ Echaverry. Surrounded by loved ones, Echy succumbed to his injuries after a brief battle for his life.

Officer Echaverry died in the line of duty while serving & protecting our community. Our law enforcement family will continue to stand beside & support the Echaverry family through this difficult time. We’ll never forget Officer Echaverry’s bravery & sacrifice. Godspeed, brother.”

Please continue to pray for the Echaverry family during this difficult time.

As you know, Officer Echaverry was part of the Miami-Dade Police Departments Robbery Intervention Department.  This team of officers were pursuing a vehicle linked to an earlier armed robbery in Dania Beach.

The Automated License Plate Reader or ALPR in Miami Springs scored a hit on the vehicle after a BOLO or Be On the Look Out had been issued.  As a result, Officer Echaverry along with other Miami-Dade Police Officers were able to locate the suspect vehicle at NW 62nd Street and NW 17th Avenue.  The officers attempted to pull the vehicle over.  After the suspect vehicle initially stopped, the suspects allegedly rammed police vehicles and fled the scene.  A police chase ensued for 10 blocks down NW 62nd Street until the suspect crashed at NW 7th Avenue.

That’s where a firefight ensued killing the suspect at the scene and leaving Officer Echaverry with a gunshot wound to his head.  Unfortunately, Echaverry succumbed to his injuries this evening.

POAT was founded under the auspices of the Dade County Association of Chiefs of Police in 1989 as a support organization for the local, state, and federal law enforcement community of Miami-Dade County, Florida to assist officers and their families in times of need. The responsibilities of POAT are twofold. First, to provide financial assistance to officers disabled in the line of duty, suffering from chronic or terminal illness, or the victim of some other catastrophic circumstance. Second, POAT provides educational assistance to the spouses and children of law enforcement officers killed in the line of duty.

Since its inception in 1989, POAT has assisted over 800 officers and provided more than $6 million in financial support. Various fundraising events and activities are held throughout the year to raise the funds which support our programs and services. Additional revenue is generated through payroll deduction plans instituted by many law enforcement agencies.

You can donate to the Police Officer Assistance Trust here.

MSSH Football Kicks Off the Season with a Win!