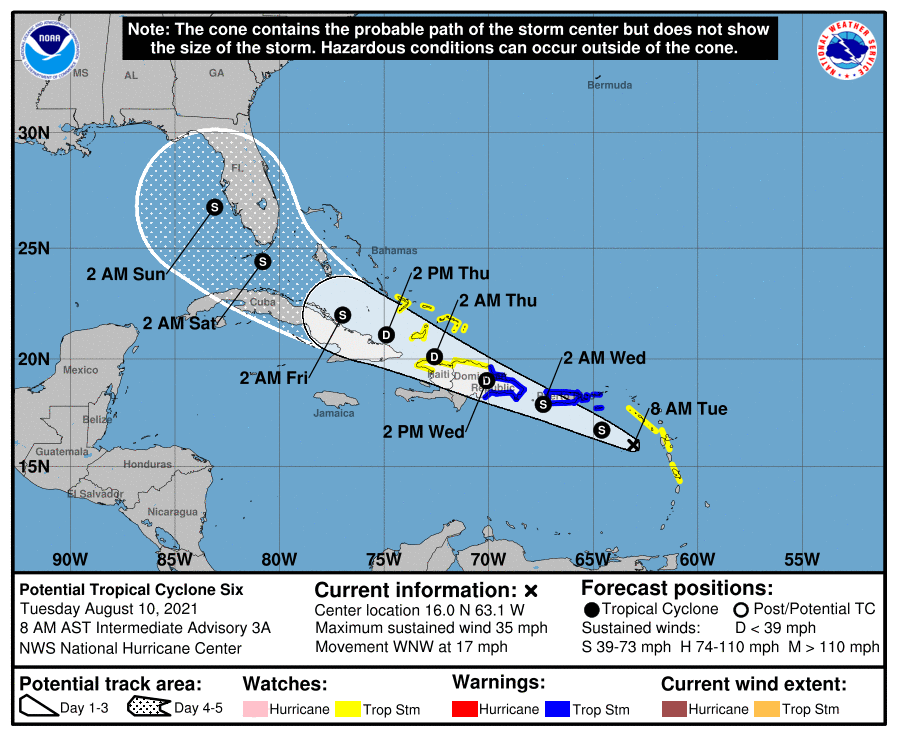 2. Heavy rainfall could lead to flash, urban, and small stream flooding and potential mudslides across the U.S. Virgin Islands and Puerto Rico. The greatest threat for flooding impacts will be across the eastern and southeastern portions of Puerto Rico.

3. There is a risk of wind and rainfall impacts elsewhere in portions of Hispaniola, the Bahamas, and Cuba later this week, although the forecast is more uncertain than usual since the system is still in its formative stage. Interests in these areas should monitor the system’s progress and updates to the forecast.

4. Interests in the remainder of the Bahamas and Florida should monitor updates to the forecast for this system, but it is too soon to determine what if any impacts could occur there by late this week or this weekend given the uncertainty in the long-range forecast.