Our thoughts and prayers go out to the folks on the Florida West Coast…especially the communities around Sanibel, Captiva, Fort Myers, Naples and the surrounding areas.  They received a record breaking storm surge for the area with impacts that will be felt for years.  Unfortunately, due to the amount of water that came through, it’s possible that many people may have died due to drowning from the storm surge.  One local sheriff prepared the community for the possibility of several hundred lives lost.  We pray that is not the case.

As you can see below, the storm surge covered the first floor of buildings. While many homes and condos in the area have multiple floors (stories) where residents can evacuate to a higher floor, there are hundreds of single story buildings and residences in the area. This is beyond catastrophic.

Storm surge outside of my moms house on Fort Myers Beach.

The good news (among the devastation) is that Florida is not below sea level such as New Orleans. So much of the catastrophic storm surge has already receded.  Unfortunately, what is left after the water has receded is total devastation.  Some of the devastation includes:

Ft Myers Beach is effectively gone, almost no emergency crews yet. These poor people need so much help… pic.twitter.com/5uLo26zFMZ

the #Sanibel Causeway collapsed from #Ian. It is the only way on and off the island by car.

the #Sanibel Causeway collapsed from #Ian. It is the only way on and off the island by car. 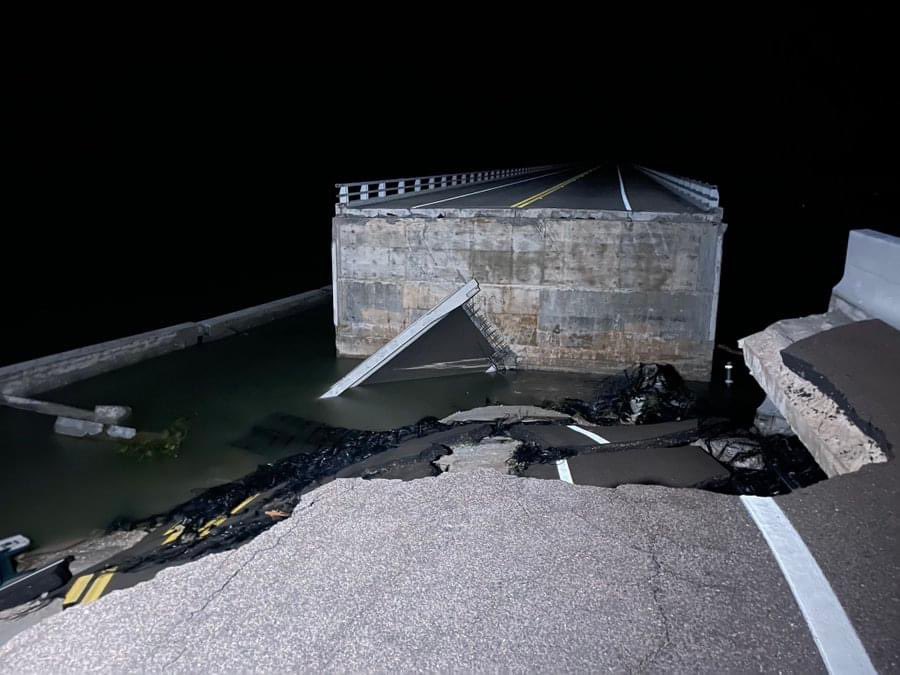 Andy Rosse Lane in Captiva, photos posted by Suzie on IG, showing the Island Store and a view toward Mucky Duck beach. Bubble Room is just to the East. A quaint Ted Williams fishing homage is nearby. It’s a charming community with gorgeous natural surroundings. FOH Hurricane Ian. pic.twitter.com/BoP6QNm8tl

Miami Springs is several miles inland.  We don’t have to worry about storm surge in our area, right?

That would be incorrect.

Most people don’t realize this, but Miami Springs is actually located in an evacuation zone.  Evacuation Zone D to be specific.  You can see it in the map below. 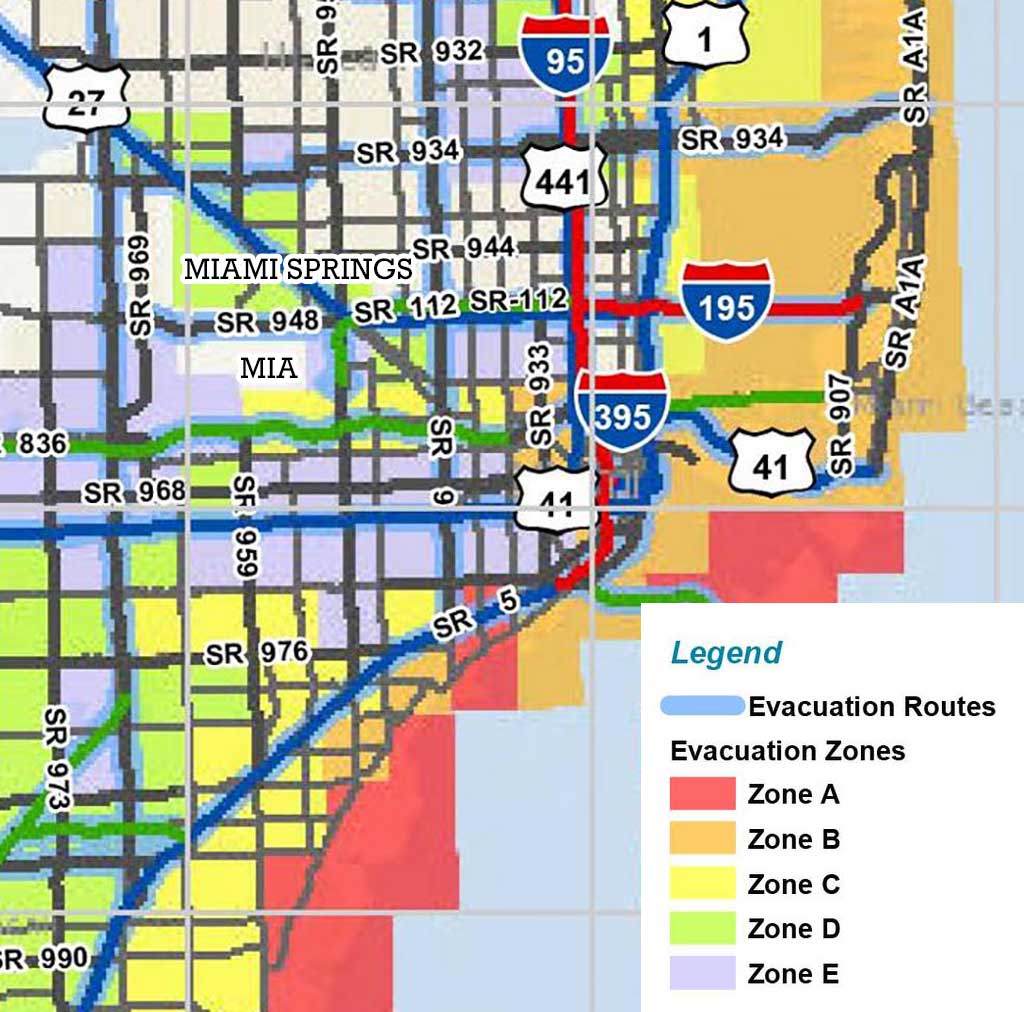 That being said, it’s hard to imagine a 12 to 18 foot storm surge this far in-land.  However, as you can see below, prior hurricanes have flooded the Miami Springs area with 3 – 4 feet of water. 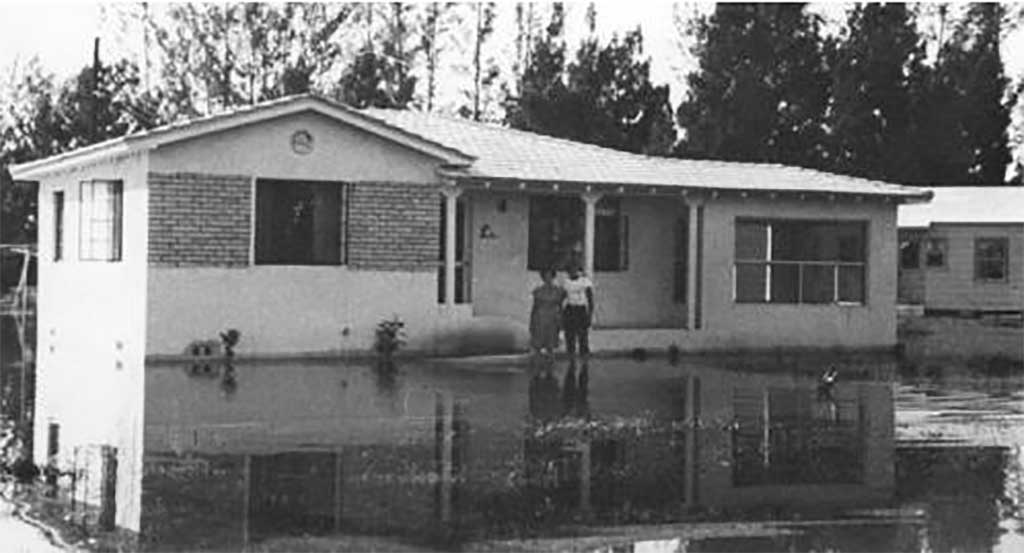 For this to occur today, you’re talking about a catastrophic storm surge that bypasses all flood control systems and overwhelms the river and floods everything near the river…including Miami Springs and South Hialeah.

Fortunately, for this to happen, a hurricane needs to come in a very specific direction to push the storm surge up the river, making it an unlikely, but not impossible scenario.

In 1947, the area was impacted by two storms.  (Not dissimilar to 2005 when we got hit with Katrina and Wilma in the same year.)

The first storm to hit the area was the 1947 Fort Lauderdale Hurricane that struck on September 16th.  According to Wikipedia, “Half the homes in Miami Springs” were flooded by this storm. 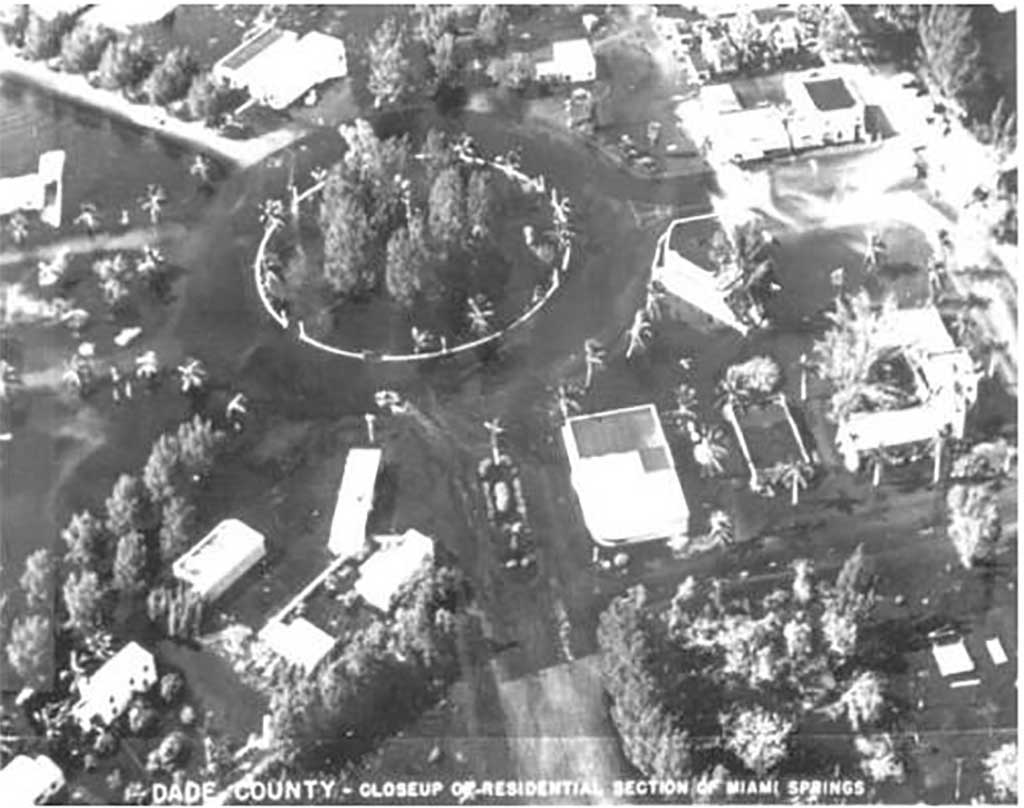 But that wasn’t the only storm to hit the area.  Less than 30 days later, on October 12, 1947, Hurricane King dumped a record amount of rain in the area.  According to Wikipedia, a “weather observation site in Hialeah” recorded over an inch of rain in just 10 minutes, and 6 inches of rain in just over one hour.  The continuous rainfall and the previously saturated ground left Hialeah “submerged under 6 feet of water. Similarly, ‘waist deep’ depths were reported in nearby Miami Springs.” 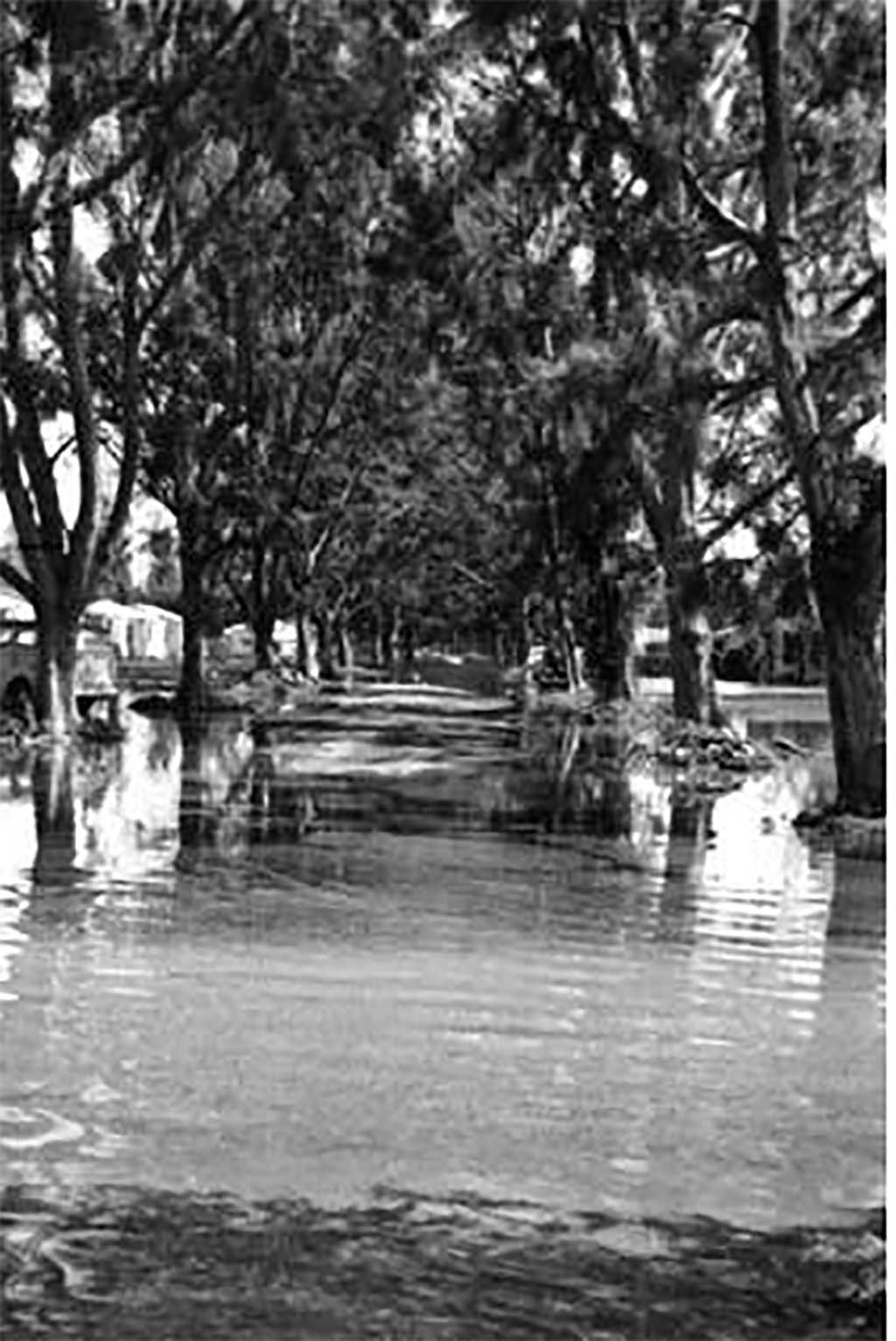 As we have learned, each storm is different.  Some are minor inconveniences, while other storms can be life threatening and devastate the area.

Miami Springs hasn’t had a major flood since the October Flood of 1991.  Many improvements have been made to the drainage systems in the area to prevent similar flooding.  But no drainage system can move water out when the entire area is overwhelmed by deluge and storm surge.

Each year, we hope and pray we don’t get any storm, or at least not a major storm.  And most years, we do get by unscathed. Hurricane IAN reminds us that mother nature is far more powerful.

Hurricane IAN should remind us that water is the most destructive force in a hurricane.  And in Miami Springs, we are surrounded by water from the Miami Canal, Ludlam Canal and the Esplanade and Melrose canals.  And all those canals connect to Biscayne Bay.

Hopefully, we never have to experience a storm surge up the Miami River, but if you hear an order to Evacuate Zone D, heed the warning and leave Miami Springs for higher ground away from water.

We will also update posts with local relief drives as they become available.

Staying Active During The Holiday Season