We reported on August 24th of a motorcyclist who was critically injured by a hit and run driver while driving along South Royal Poinciana Boulevard near Sheridan. The incident occurred around 9:40pm on August 23rd. 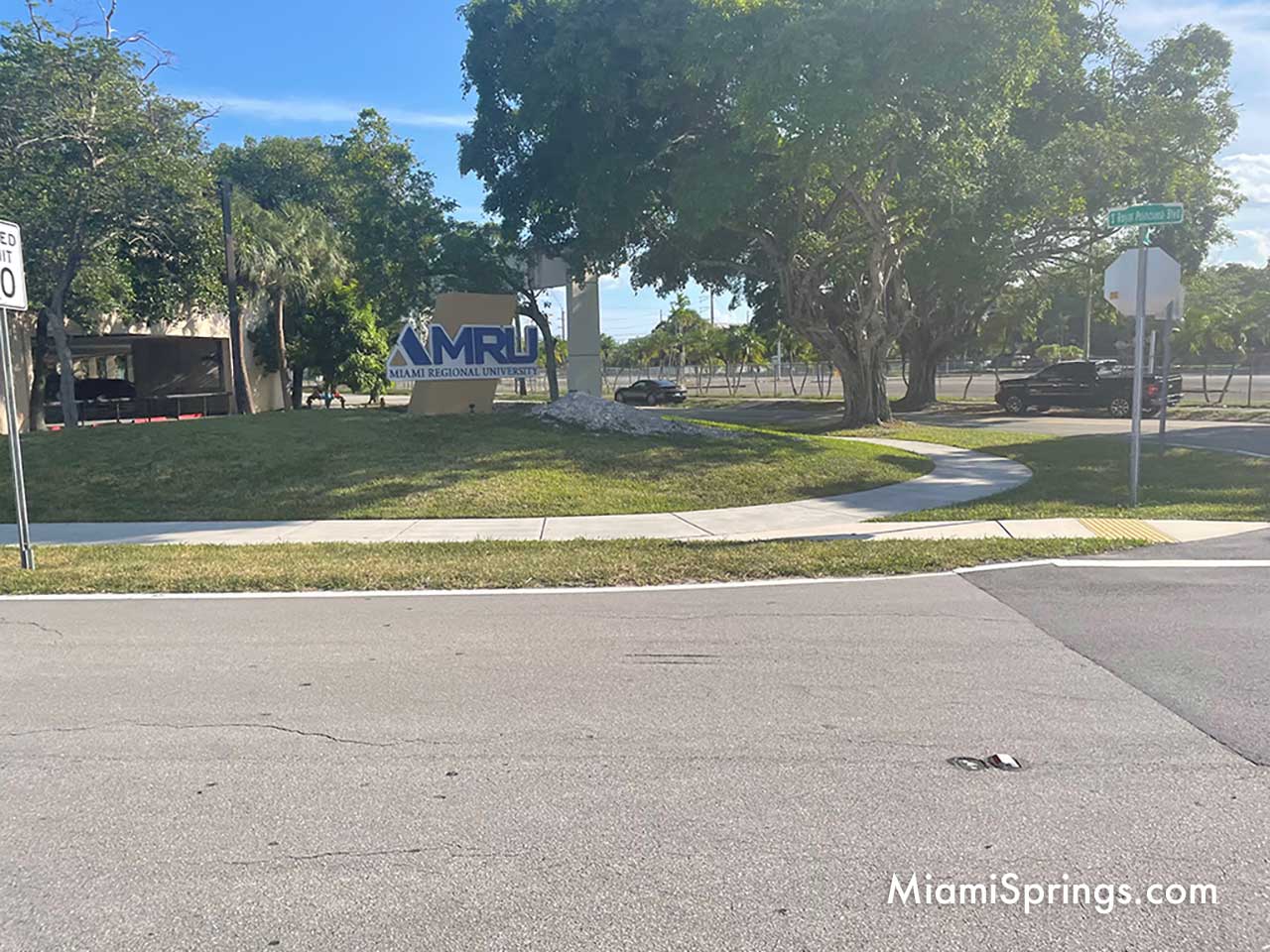 The driver of the motorcycle was reportedly transported to Jackson Memorial Hospital in critical condition. 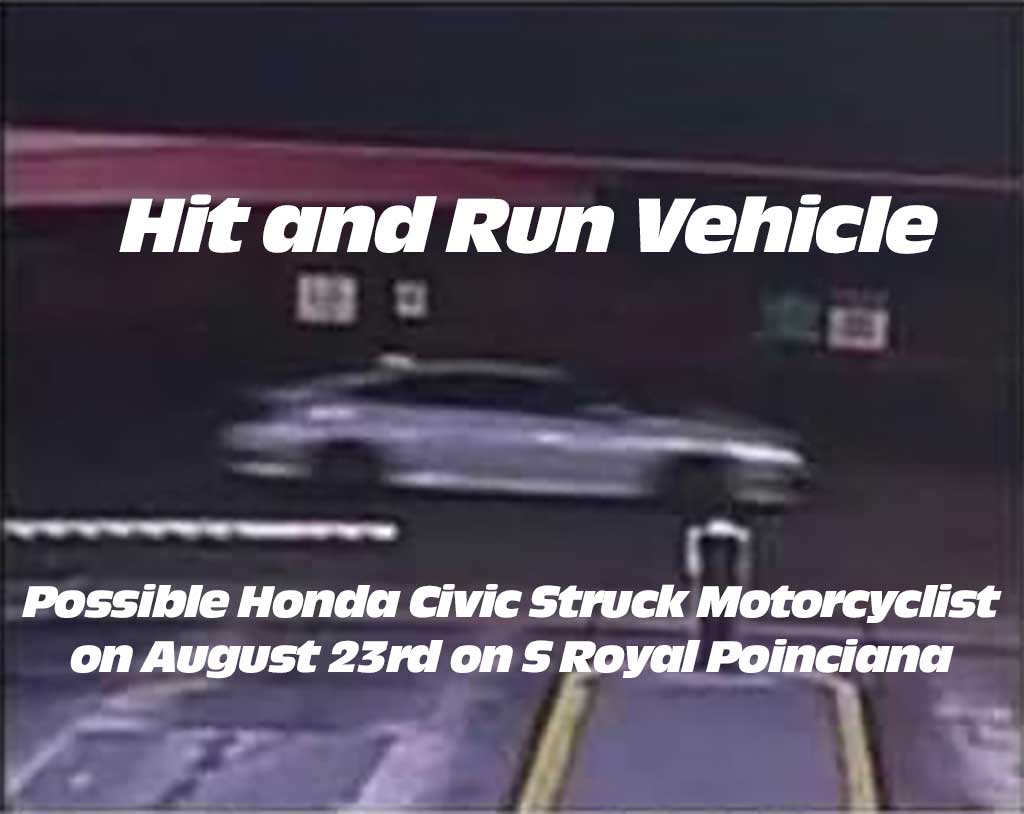 Initial reports described the hit and run vehicle as a white vehicle with damage to the front.  Today, the Miami Springs Police Department released a photo of the alleged hit and run vehicle. According to Miami Springs Police, the vehicle was captured by a nearby surveillance camera.  The vehicle is described as a white 4 door sedan, possibly a newer model white Honda Civic.  Police have again stated that the vehicle should have damage to the left front bumper (aka driver side) of the vehicle. 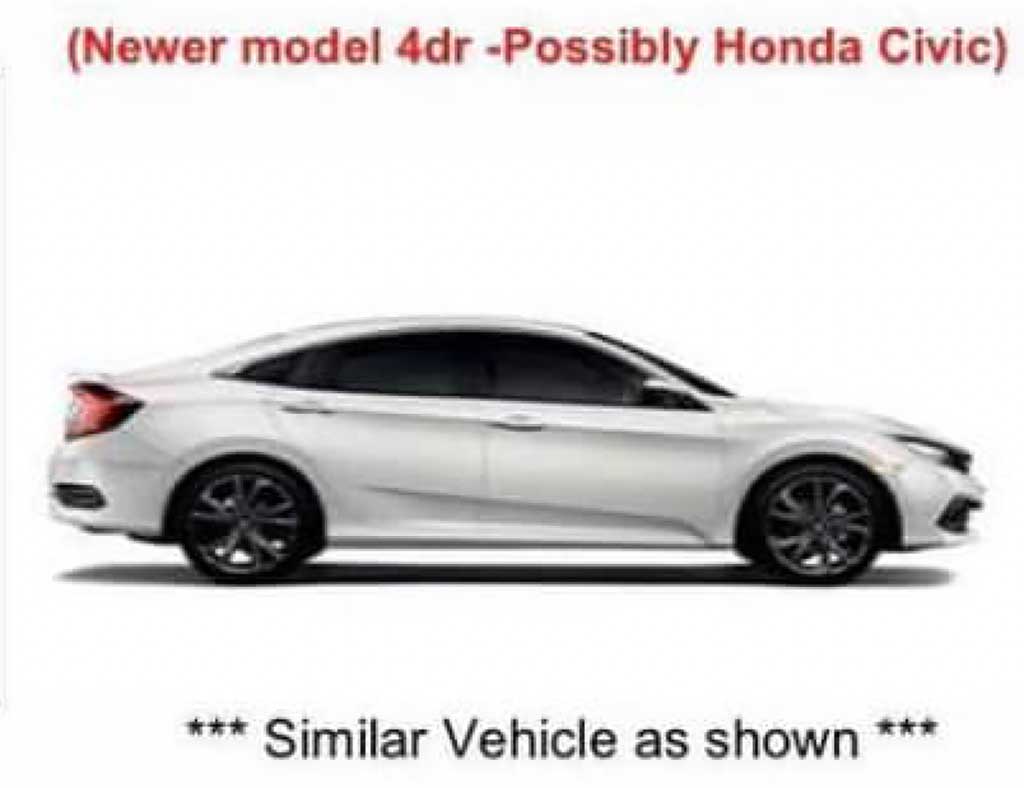 If you have information regarding the hit and run accident that occurred on the evening of August 23rd or know of a vehicle that recently received damage to the front driver’s side that matches the description listed above, please contact the Miami Springs Police Department’s Detective R. Barrios at 305.888.9711.

Stay safe out there.