Congratulations to Officer Rafael Dominguez for being selected as the Miami Springs Officer of the month for October, 2021. 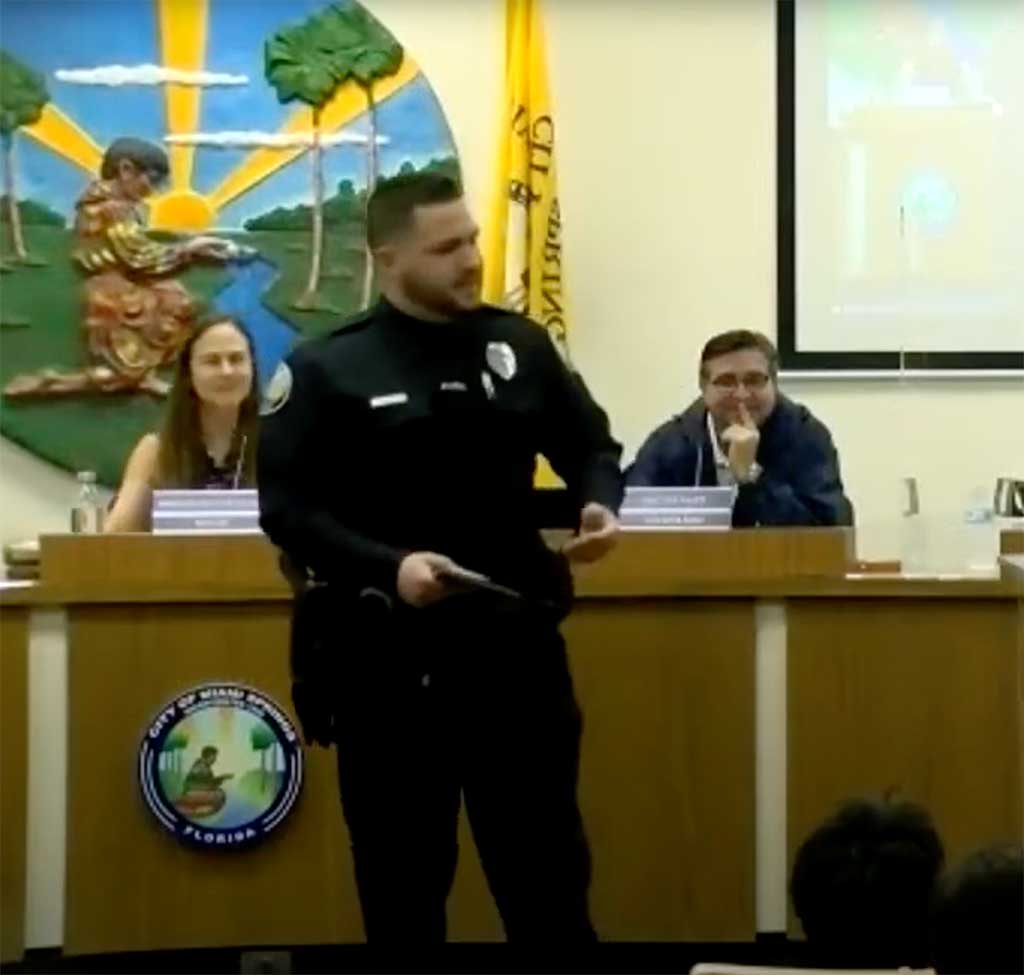 On October 9, 2021 Officer Dominguez observed a vehicle commit a traffic infraction on the Coolidge Drive / South Royal Poinciana Boulevard intersection.  He conducted a traffic stop on the vehicle at the 600 block of Ragan Drive.  While approaching the vehicle, Officer Dominguez noticed a strong odor of cannabis emanating from the interior of the vehicle.  While speaking to the driver, he noticed the driver appeared nervous, was sweating profusely and looking around in all directions.  The driver consented to a search of the interior of the vehicle which included the trunk area.  A search of the vehicle revealed two storage containers and a bvrown leather duffle bag which contained 27 individually vacuumed sealed bags containing cannabis.  the total weight of the cannabis found in the vehicle amounted to 31.7 pounds.  The driver was arrested and charged with trafficking cannabis. 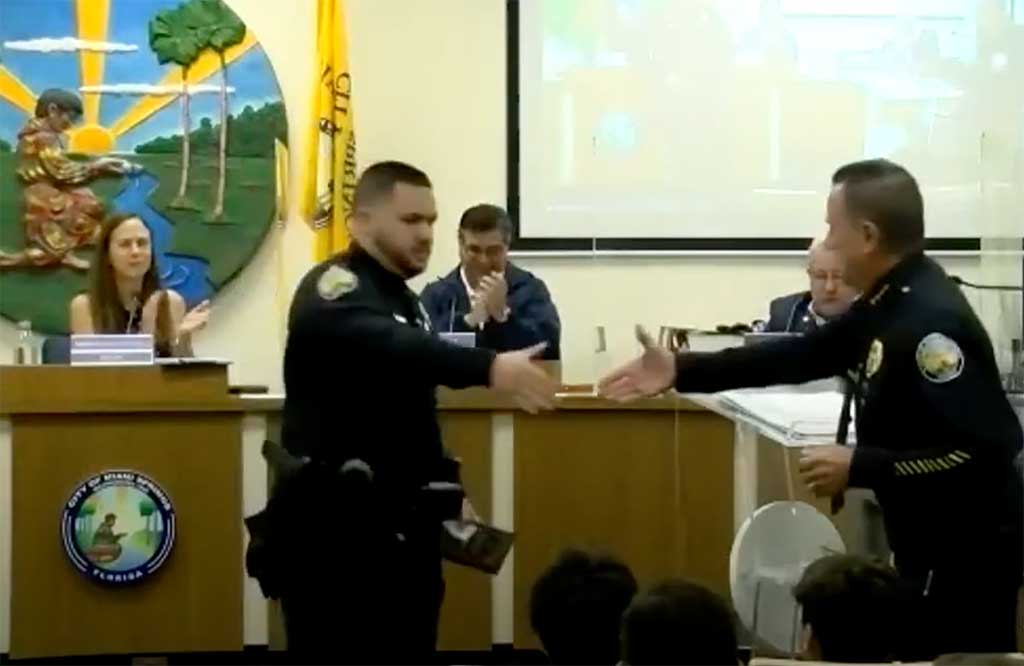 I would like to take this opportunity to commend Officer Dominguez and his proactive patrol techniques.  Due to the aforementioned incident, I am recommending that Officer R. Dominguez receive the Officer of the Month for October, 2021. 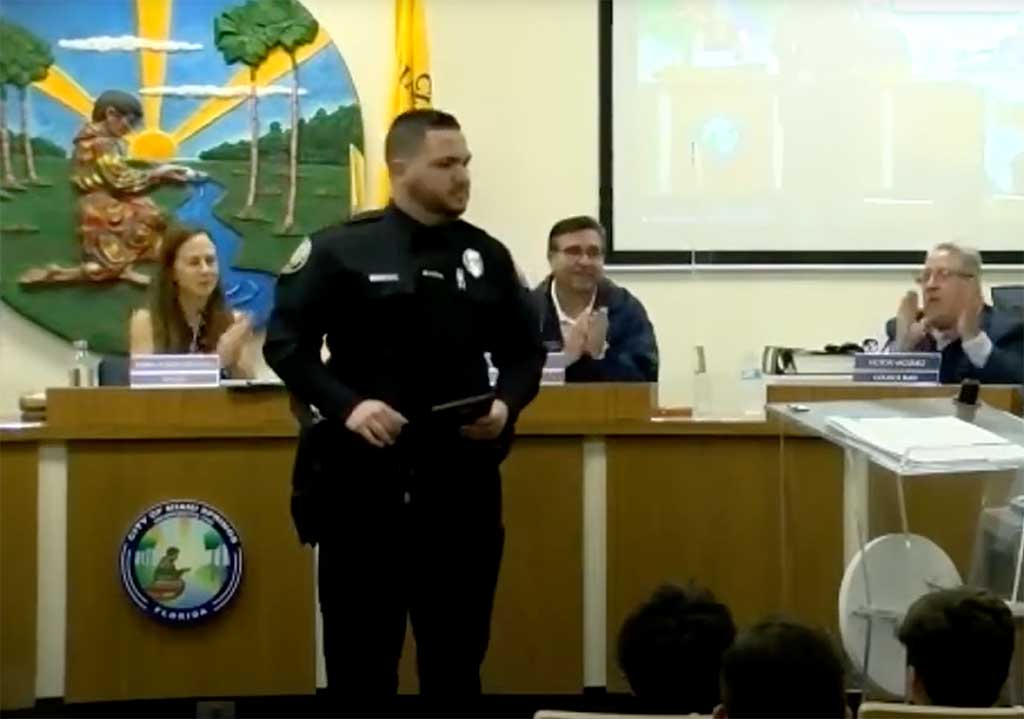 Thank you Officer Dominguez for keeping Miami Springs safe.  May the Lord protect you while you protect the City.  As Chief Guzman said at Monday night’s City Council meeting, “There’s no such thing as a routine traffic stop.”

Lowest Number of New COVID Cases in a Year