We don’t know what happened to the Flamingo, but seeing as it was found dead inside the clay pits, we can assume it wasn’t killed by a vehicle.  It also didn’t appear to be a victim of predation from another animal like a dog or fox.  Nevertheless, it’s sad to see such a beautiful creature dead in our area.

Due to the abundance of wildlife in our area, it’s common to see animals that have perished from natural causes.  We also see road kill of ducks, iguanas, and other animals that call Miami Springs home. 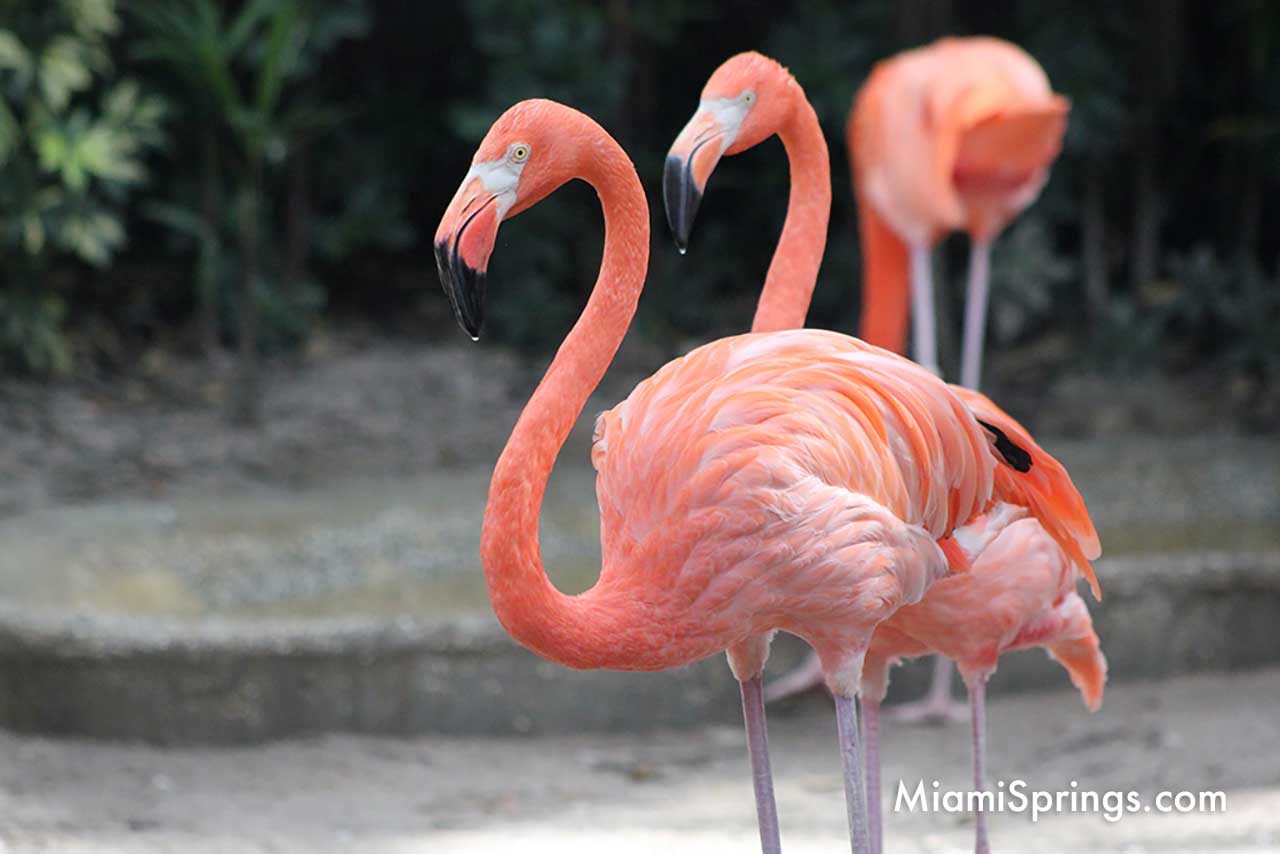 Flamingos are native to the Caribbean and do travel and migrate to the Florida Keys.  But they are not known to nest in the area.

However, it’s no secret that Hialeah Park has long maintained and continued breeding of Flamingos that are allowed to fly away from the park, but usually return back to Hialeah Park.  As a child, I remember seeing them flying on a few occasions near Hialeah Park.  They are a treat to see and easily identifiable by their large size and distinctive pink color.

According to Hialeah Park Casino, Joseph Widener imported the first flock of flamings from Cuba to inhabit the infields at Hialeah Park.

Fun fact:  Glenn Curtiss used to have Flamingos at the pond at the Curtiss Mansion.  It would be awesome if we could bring those back to our beautiful area.

Have you ever seen Flamingos flying in our area?

Local 10 covered the story and protest by a Hialeah activist.

Miami Springs Library to Be Used in Coronavirus Study