Below is a picture of Lieutenant Nuñez (far right) helping us out during the 2016 Family Bike Ride at the River Cities Festival. 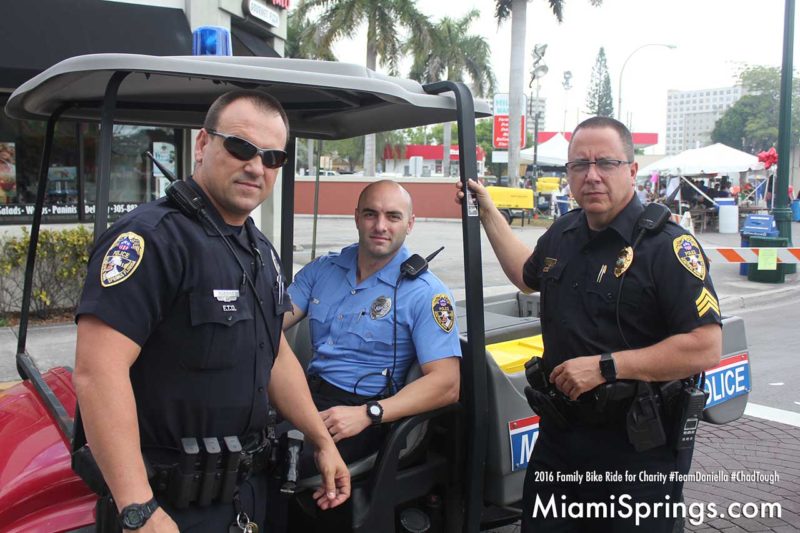 On Monday, August 12, Lieutenant Jimmy Deal was promoted to the rank of Miami Springs Police Captain.

Congratulations to Lieutenant Carlos Nunez and Captain Jimmy Deal on their well deserved promotions and thank you for your long term service and commitment to our community.