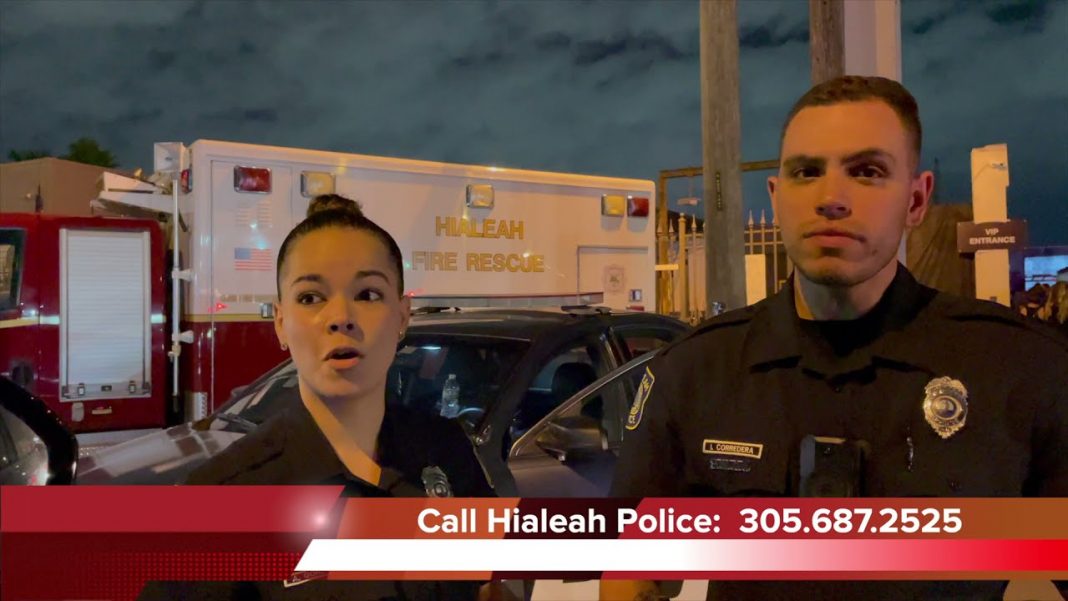 That Heavy Bass Music you’re hearing is NOT from a party in Miami Springs.  It’s not from Virginia Gardens.  It’s not from Medley.  It’s coming from 37th Avenue in the eastern most section of Southeast Hialeah.  We’re talking past the Home Depot. 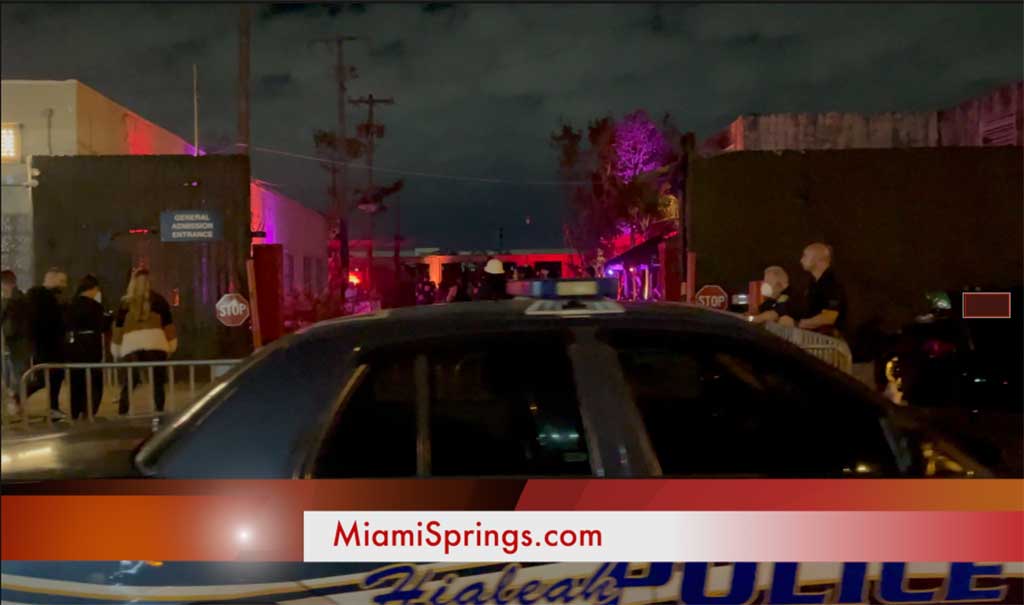 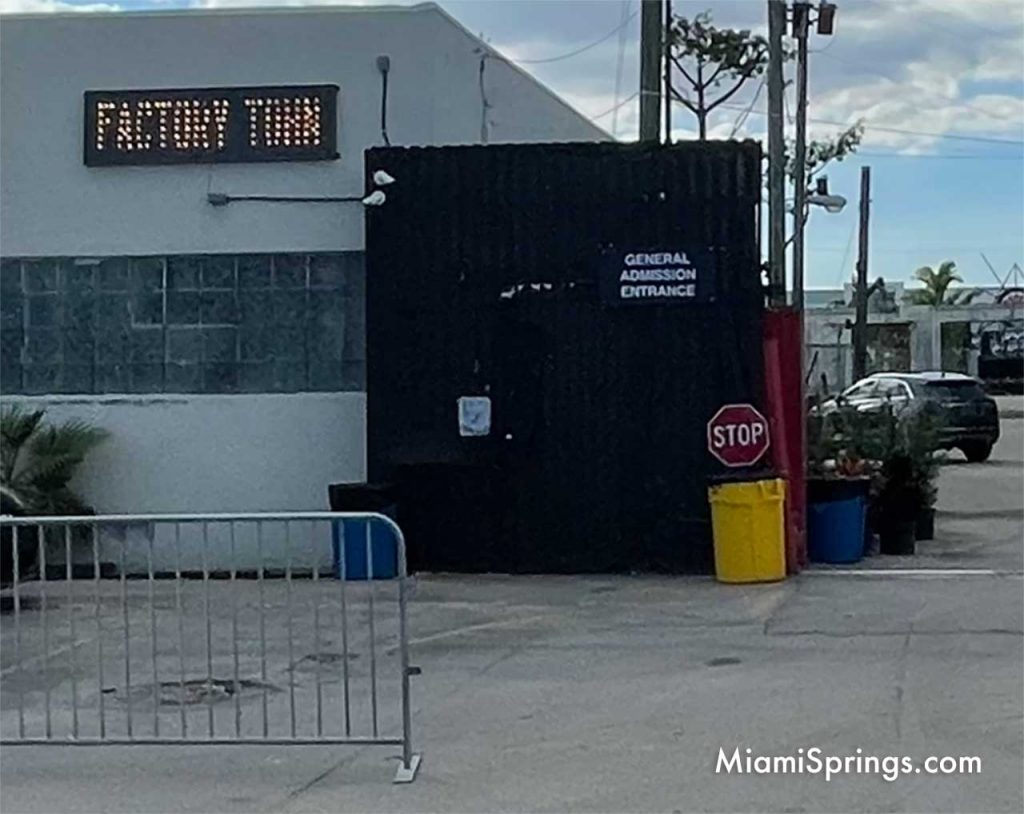 They’re going to tell you there’s nothing they can do.  The people blasting the music have permits.  But if you’re having trouble sleeping, we recommend you let the City of Hialeah Police Department know exactly how you feel.  Call them at 305.687.2525 and let them know why you can’t sleep tonight.

Where’s the music coming from?  It’s a place called Factory Town just east of the train tracks on the southeastern edge of Hialeah.  The address is 4800 NW 37th Avenue. 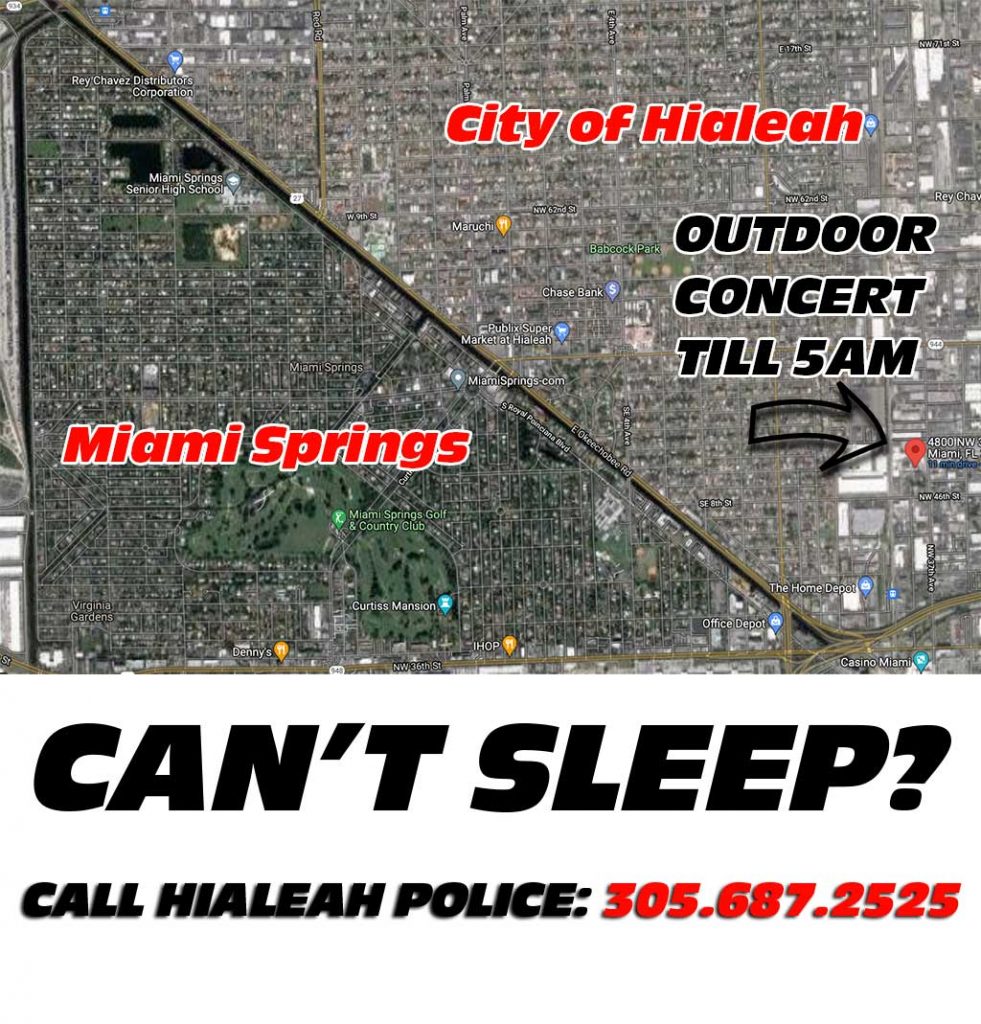 As you can see above, the outdoor venue is less than a mile (as the crow flies) from the southeast corner of Miami Springs.  The sound (specifically the deep bass sound) has been reported by residents all the way on Ludlam or three miles away. 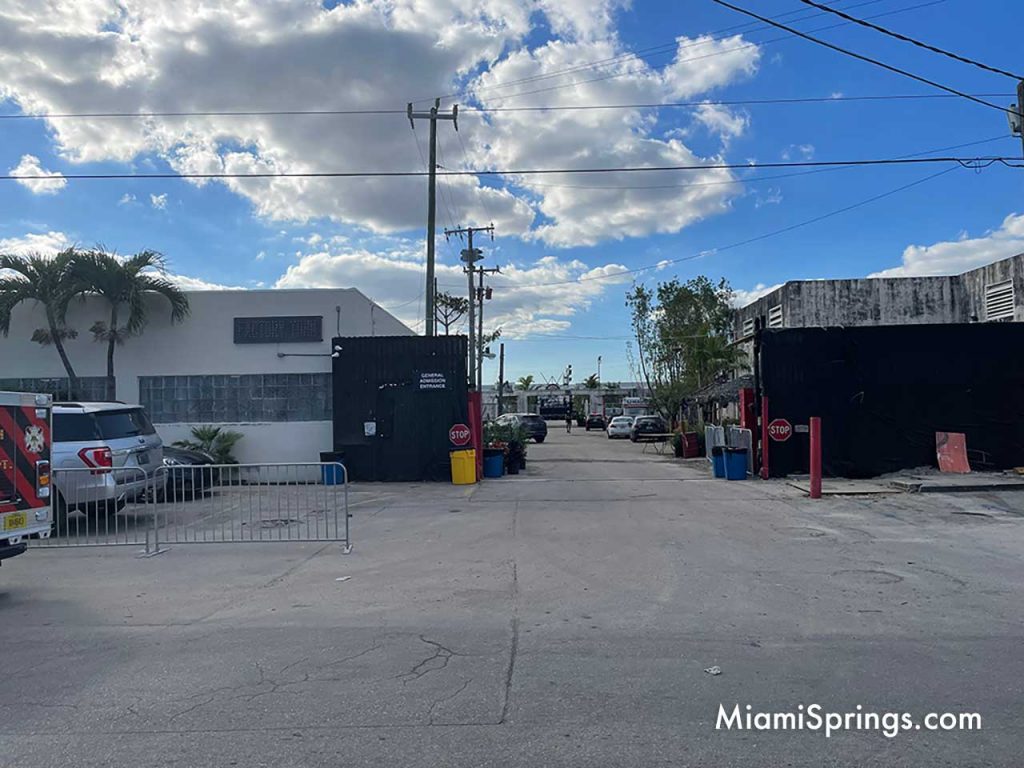 It’s absolutely absurd that the City of Hialeah has allowed an outdoor, not indoor, but outdoor concert with a sound system so loud, you can hear the bass thumping three miles away in Miami Springs.  We all love a good party on a Friday or Saturday night.  But generally those local parties die down around midnight.  And the typical recreational DJ isn’t blasting the kind of wattage that travels three miles.  We have residents on Ludlam, on the opposite side of Miami Springs complaining about the noise.  Furthermore, the City of Hialeah is allowing this on school night’s where children and families need to go to school and work the next day. 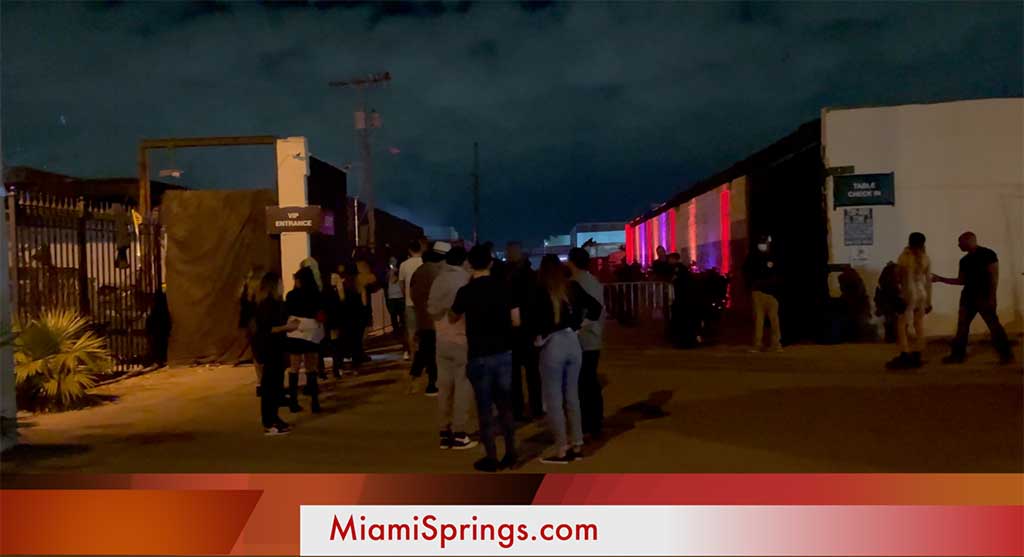 Today, we had bands playing at Blessed Trinity’s Parish Festival. You couldn’t hear that music more than a block or two away.  Much less three miles away.

According to the neighbors in Hialeah, this outdoor music festival will go on till 5am Monday morning.  And it’s all permitted and approved.  How considerate of them.

I sleep like a baby.  But many people don’t.  I got tons of reports from people who couldn’t sleep on Thursday night when this all started.  So, if you can’t sleep it’s important that your voice be heard.  Here’s what we recommend you do:

Disney and Florida: It’s A Brawl World After All