Get your sleep now or get out of town for Spring Break.  Factory Town is hosting its first major event since the debacle we experienced late last year that led to sleepless nights,  countless police complaints, and a lawsuit from the City of Miami Springs against Factory Town.  Here’s the published schedule for this week: 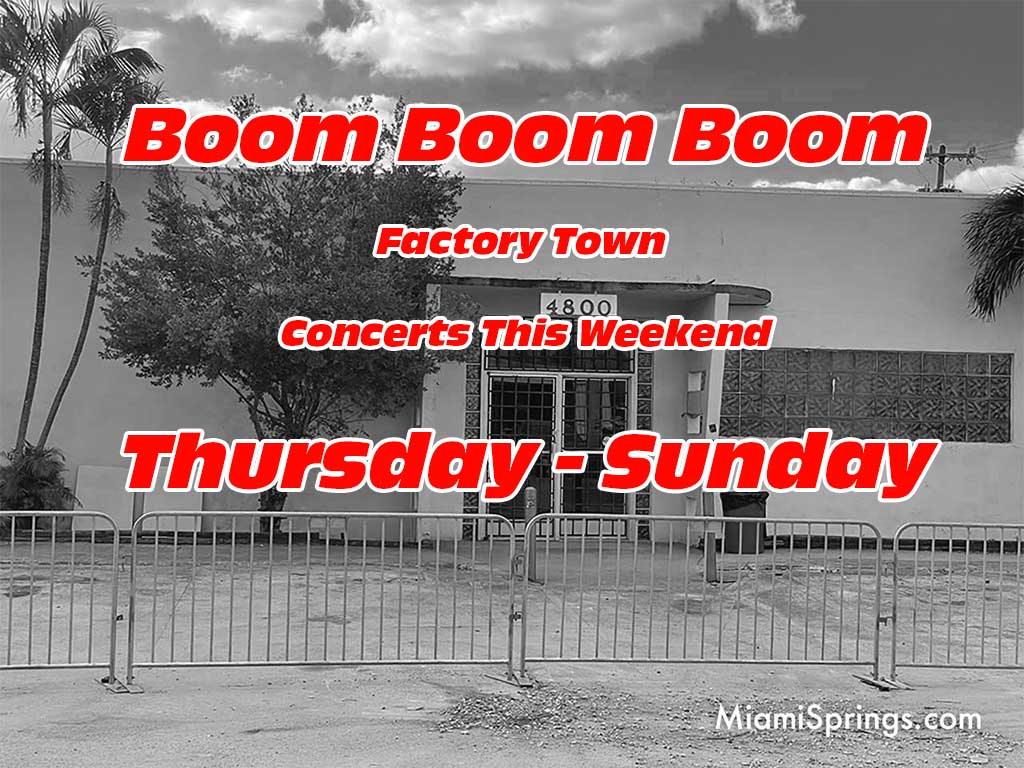 Why does Miami Springs Care?

We actually don’t care much about what’s going on in Hialeah so long as it doesn’t intrude on the quality of life for Miami Springs residents.  The last major concert was a debacle that kept residents in Miami Springs AND Hialeah awake and restless.

More importantly, look at the map below.  Most of Hialeah residents didn’t hear squat from the Concert Venue known as Factory Town.  And you can see why, this concert venue is located to minimize the impact to Hialeah residents.  But it had a major impact on the ability of residents to sleep in Miami Springs as the thumping bass reverberated and shook the homes of hundreds of Miami Springs residents. 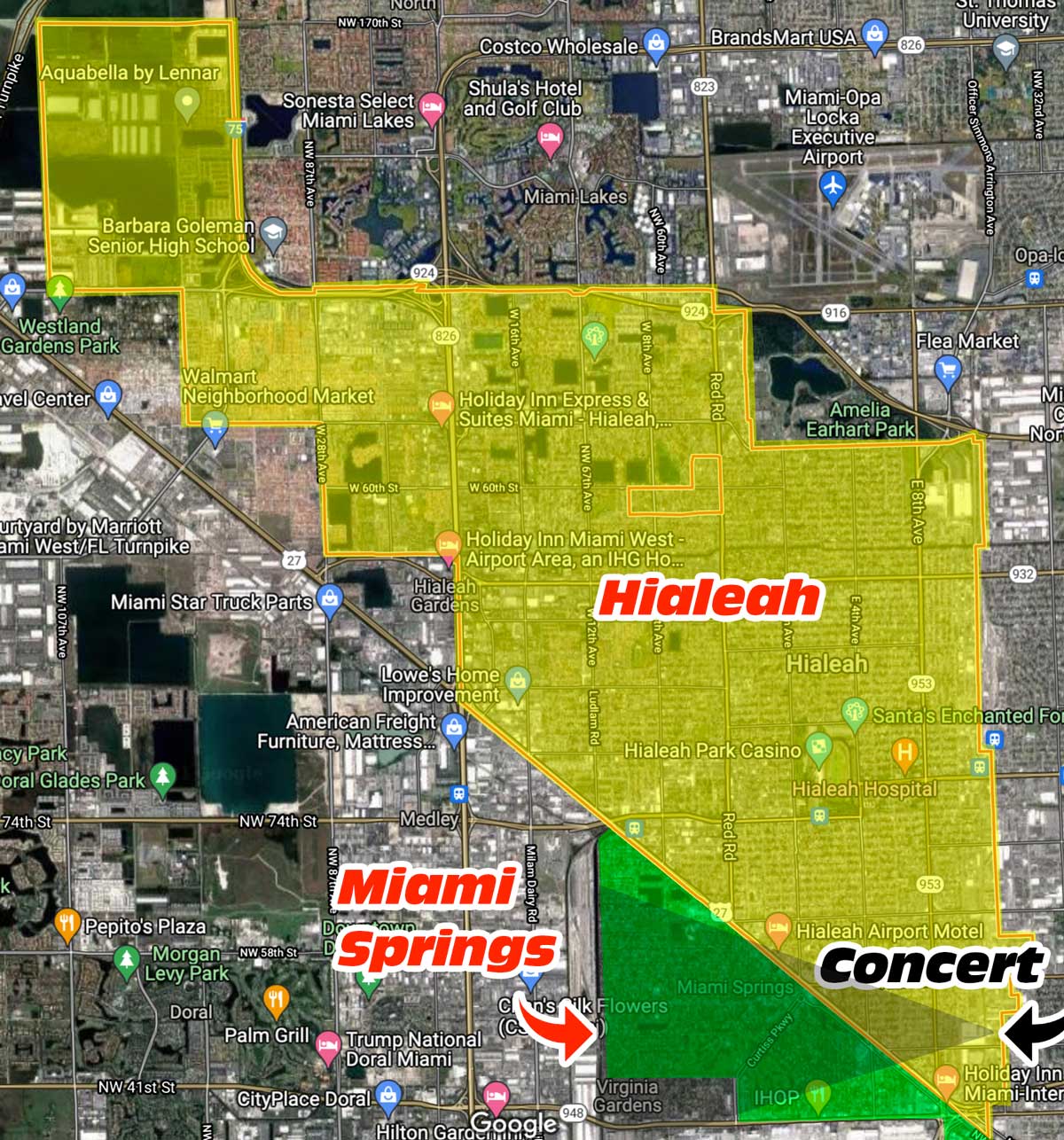 Have they fixed the issue?

We’ve heard that the folks at Factory Town have responded and claim that the issues have been resolved.  If that means Miami Springs residents will sleep unbothered this weekend, that would be wonderful.  We love the idea of Hialeah attracting party goers to help revitalize what is an old, run down part of Miami.  We love the concept so long as they’re able to properly contain the music without disturbing the peace and repeating the public nuisance issues they created at the end of last year.

SebastianStrong 5k: A Beautiful Run for a Beautiful Cause